Skip Nav
Why You Should Watch Freeform's Party of Five 2020

POPSUGAR / paid for by / Freeform

Considering the current political climate and how immigration is being addressed in the news, we’re desperately in need of something that shows the human side. We're teaming up with Freeform to give you the scoop on its new show Party of Five, because representation matters now more than ever.

I am an immigrant. I came to the US alone eight years ago with a bag full of dreams and the hope of endless possibilities. It was a choice I made and a choice that was supported by my parents. They, too, wanted to see me succeed at something that made me happy, something that back in Dominican Republic wasn't necessarily the most sustainable way of living.

Most immigrant stories have a common ground: we all want to thrive. Some of us have the privilege — and mind you, my privilege is not lost on me — of having the financial means and support to hire lawyers and do everything by the books. It's an excruciating, long, expensive process that I would not wish upon my worst enemy. And others aren't as lucky. They just need out. They can't seem to prosper in their native country for many reasons. Sometimes it's because there's not enough opportunity, other times it's because it just isn't safe or stable to stay there. 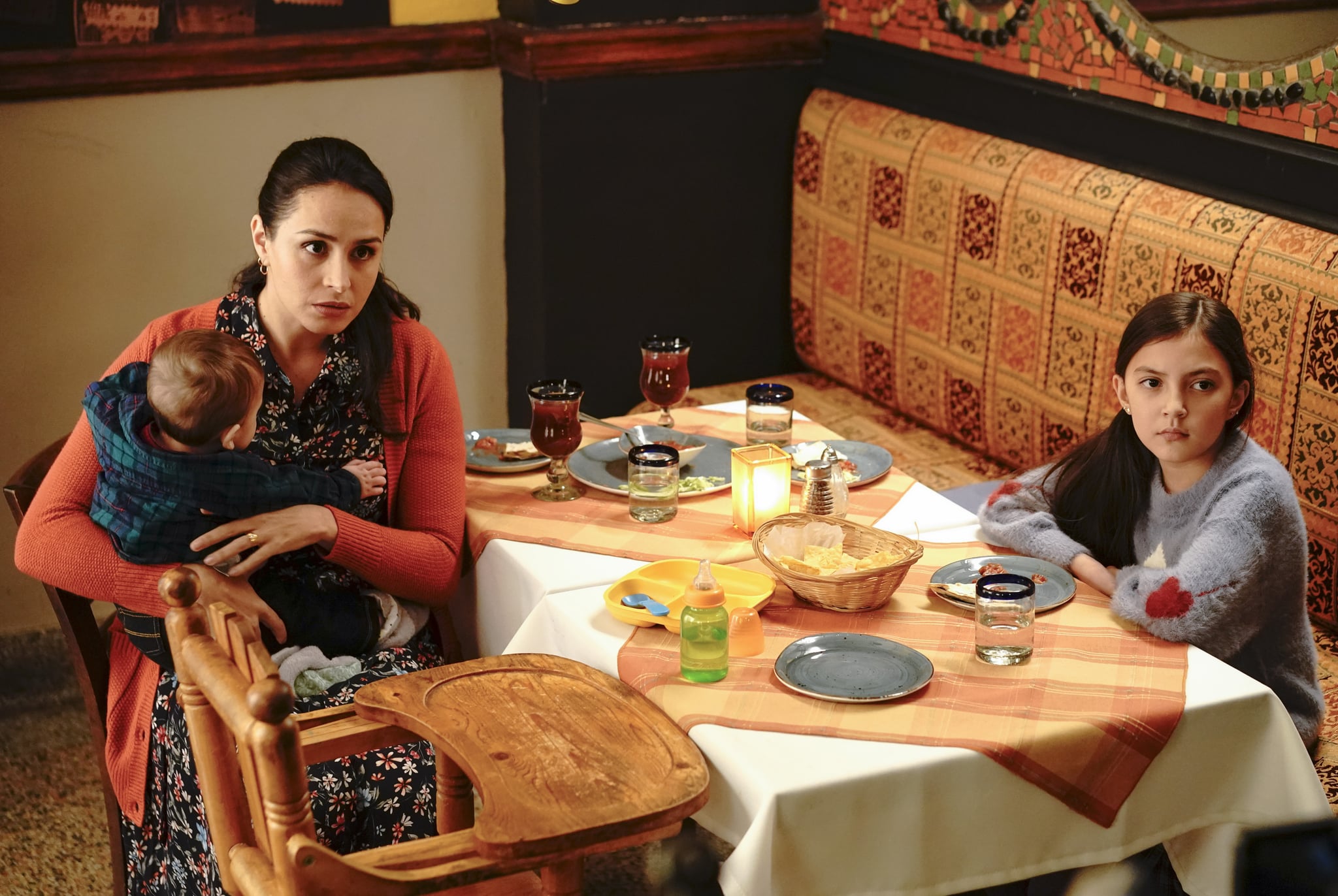 Unfortunately, these situations can't all be grouped and treated the same way. It's a complex subject that not only involves the law but also includes individual family dynamics, because each case is unique. Come Jan. 8, we'll get to dive into the Acosta family's story in Freeform's Party of Five in a two-hour, back-to-back episode premiere at 9pm/8c. Like the original 1994 series, Party of Five follows the lives of a group of five siblings who have to figure out life after losing their parents.

While the premise of the original show was that the parents died in a car accident, Freeform's revival has been updated to reflect the current landscape of the country: the kids lose their parents when they're deported back to Mexico. It isn't until you watch the trailer that you realize all the connotations that has.

It's not only a family being separated. It's parents who feel like they've failed their children, kids who are forced to become adults while grieving over their now-absent parents. And with this comes a whole new set of responsibilities that are going to take getting used to. Older siblings stepping up and becoming their younger siblings' guardians, caretakers, guides, shoulders to cry on, sources of wisdom, punching bags, and so much more.

The trailer really affected me. Everything feels so real, raw, unfiltered. And that's the life of so many immigrant families in this country, in this day and age. I also got the chance to watch the first episode, and, while the story is heartbreaking, having a TV series that is finally addressing these issues feels like a light at the end of the tunnel. It also helps that Party of Five's writers room is full of Latinx of all backgrounds, which helps make this show the more credible.

Immigrants are not being vilified; we're being shown in a different, more compassionate light. A light that shines bright on our attributes, accomplishments, and values and highlights all the amazing things we can achieve, how we can turn the worst circumstances into learning experiences and how we never ever take for granted the privilege that is living in the United States. That's just one of the reasons I'm eager to continue watching Party of Five every Wednesday beginning Jan. 8 at 9pm/8c on Freeform.

Another reason is the fact that we get to see real Latinx talent, both new and veterans. Brandon Larracuente, Emily Tosta, Niko Guardado, and Elle Paris Legaspi really take the reins of the show and drive an emotionally complex story in a beautiful and authentic way, while legendary Mexican actor Bruno Bichir and Fernanda Urrejola — who play the parents — show why they're considered icons, while leaving enough space for the younger cast to really shine. 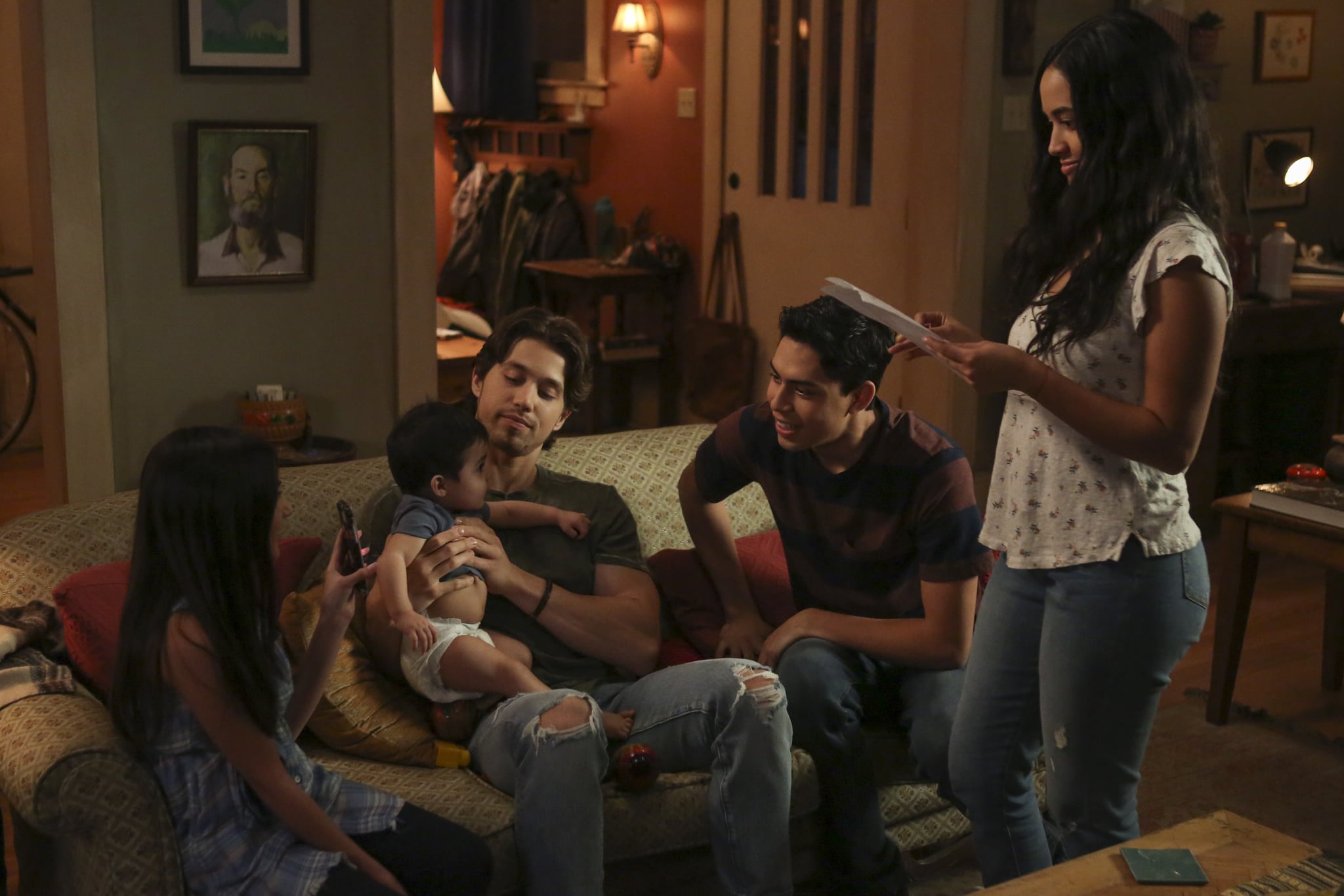