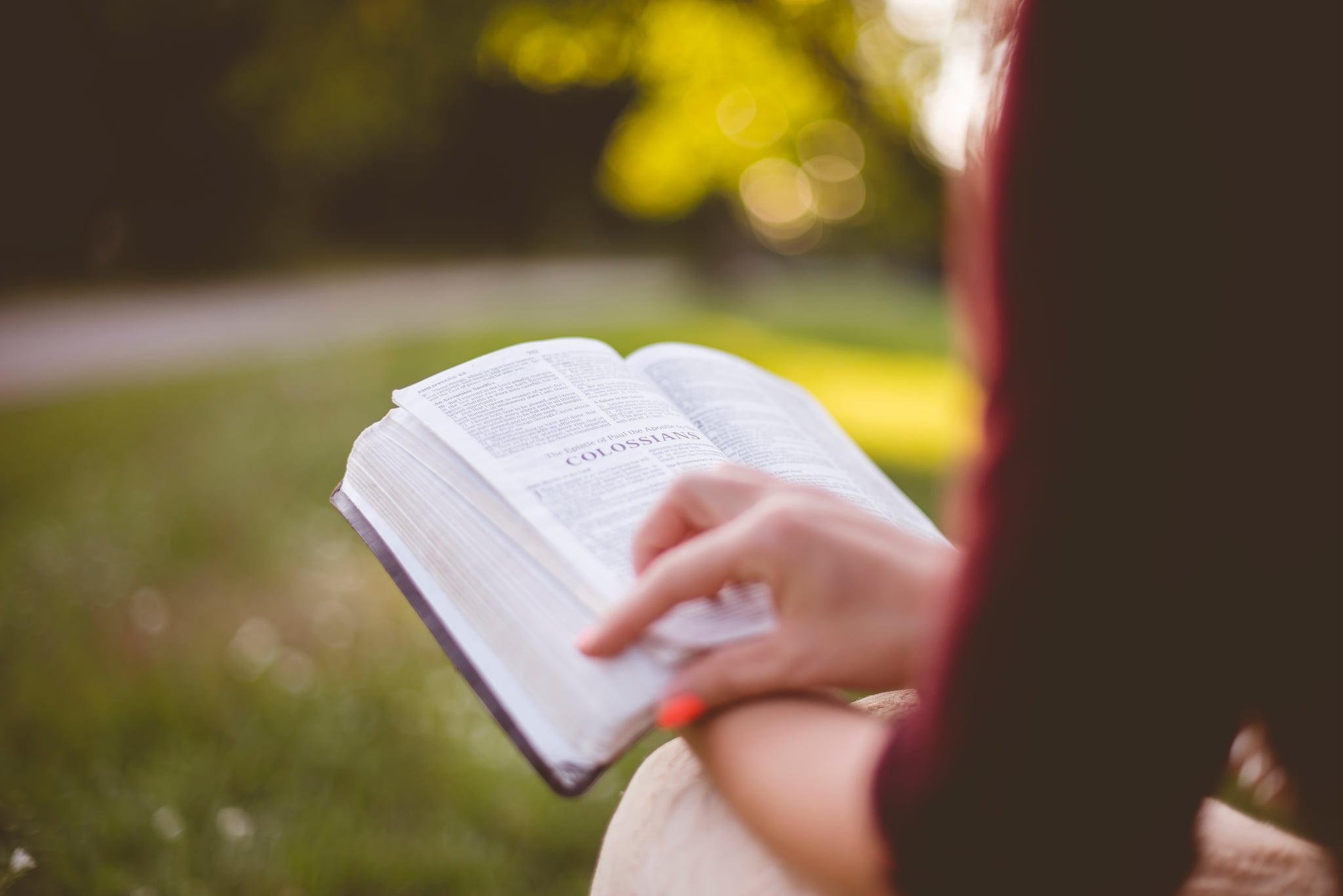 Bad skin and breakouts lasting long after puberty brought me to a dermatologist's office when I was 22. He was kind and soft-spoken with light skin and reddish hair, had taken over the La Jolla, CA practice from his father, and came recommended by my sister. After he prescribed some topical creams, he asked if I had tried birth control.

"No!" I said, both wanting to make it clear I wasn't sexually active and not wanting to let on that that's where my mind had immediately gone.

"It can help clear your skin," he said. "No pressure, but let me know if you'd like to try it."

The exchange reminded me of the D.A.R.E. programs when local cops warned my elementary school class that people who offer you drugs seem nice, but drugs are a slippery slope that will ruin your life. I tried to sort out the connection to the dermatologist. Sure, birth control pills might help my skin — I had heard this before — but it felt wrong.

I was waiting until marriage to have sex because I was an evangelical Christian and believed this was God's intention.

If I began using birth control, would I suddenly feel liberated to start having sex? Probably not — I was waiting until marriage to have sex because I was an evangelical Christian and believed this was God's intention — and birth control pills wouldn't change that.

If my friends found out I was taking birth control, though — or my family — "For her skin, sure," I could imagine people thinking. I didn't want to risk their judgment.

My conservative upbringing meant I came into adulthood with little education around sex or protection. Because most of my friends shared my faith, I didn't pick up information from them.

Abstinence-only education is not limited to religious communities. The US government has spent approximately $2 billion on abstinence-only until marriage programs over the past 20 years, though studies show these programs are less effective than comprehensive sex education.

I hardly cared about the success rates of birth control methods because I wasn't going to have sex until I was married anyway.

Then, I realized I might not get married at all.

The average age of marriage is at a historic high — 27 for women and 29 for men. I can relate to the statistic. At 24, I was starting graduate school, and at 26, moving across the country for my career. I wanted to get married, just not yet.

The sinfulness of premarital sex, instilled in me from puberty onwards at church and at home, had come into question before, and I discuss what led to me deciding not to wait in my book, Shameless: How I Lost My Virginity and Kept My Faith.

After I had sex for the first time, I was reminded of my old dermatologist, and realized despite my earlier skepticism, it was time for birth control. Perhaps it would help my skin, now as a mere side effect!

I searched ZocDoc and made my first-ever appointment with a gynecologist. I left that day with both a prescription for oral contraception and the peace of mind that I had been tested for STDs and could enter any new relationship with confidence in my own health.

The shame surrounding birth control wasn't totally gone, though. When I'd pick up my pills at the pharmacy, I was hyper-aware of those standing nearby.

I tried to make the habit of taking a pill every morning, then switching to every night when mornings were hectic. At night I struggled with whether to keep my pills in my bag or in my bedroom, thinking I might forget if I came home late and should have them with me. But taking the pill while out with friends meant I might have to own up to being sexually active, and although I had enjoyed the first time, I wasn't sure I planned to continue and didn't know how to talk about the topic.

My online research told me missing one day was OK, but more than two was going to be a problem. The effectiveness of birth control isn't tied to the contraceptive alone, I discovered. The success rate is also driven by user error.

The first time I was sexually active regularly was with a boyfriend in a long-distance relationship. I saw him when he was in town for work, and we'd spend nights in his hotel room instead of the apartment I shared with three roommates and a dog.

The weekends he was in town were often a whirlwind, and because of this I went to my favorite store, Anthropologie, and bought a large tote bag, so I could start carrying an extra pair of clothing and toiletries to make it easier to meet up with him directly after work.

Due to this whirlwind, I managed to miss not one, not two, but three birth control pills in a row. I knew there were only a few days per month when a woman can become pregnant, being familiar with the rhythm method, but I had no idea where I was in my cycle.

Sitting behind my desk at work, I talked myself through the options. The relationship was still new and fresh, but I had no idea if my partner would be a good dad. For all I knew, he could turn out to be a manipulative stalker. Things were still good, though, so I couldn't imagine finding out I was pregnant and not telling him about it, and raising a child alone. The more nuanced reasons for a woman's right to choose became clear to me.

I realized some Christians might consider Plan B to be the same as abortion, i.e., murder. My former faith community used photos of aborted fetuses far enough along that they look like babies to evangelize for pro-life, so eliminating a potential pregnancy at this early stage felt acceptable. I had no idea how much the morning after pill would cost, but thinking of my student loans, I imagined it was cheaper than medical bills for giving birth to a child, not to mention raising one, and was worth the investment.

A 2015 study found the intrauterine device (IUD) was the most popular form of birth control for female gynecologists. But almost two years earlier, my own gynecologist recommended it.

"Some places have a nurse do the procedure, but I do it myself, I've done it hundreds of times now," he told me. "You know how I know it works? I give it to someone and I never see them again."

I did my own research and found the Mirena would last five years and, under my insurance, cost the same as two months of birth control pills. By budget concerns alone, I was sold.

I no longer associate birth control with guilt, shame, or lost purity.

"How's your day going? You look tense. Everything OK?" the doctor asked when the day finally came for the IUD insertion.

"I'm nervous," I said, sitting in the examination chair, still clothed from the waist up, with my pubic area covered by sterile paper. "I've never done this before."

"Oh. I've never done this either . . ." he started as he organized the tools on his tray. ". . . I spent all morning watching YouTube videos to prepare!"

Gratefully, he used local numbing, and I barely felt anything during the insertion process, although I had heavy cramps for weeks afterwards.

Earlier this year, many news outlets suggested women get the IUD for fear the Affordable Care Act would be repealed, taking with it access to free birth control.

For the first time, I felt pride for my birth control method. I no longer associate birth control with guilt, shame, or lost purity. It's hands-down the most effective way to prevent abortion and the complications, both physical and emotional, that come with pregnancy.

It took the threat of loss to realize how grateful I am to be in control of my health.

Healthy Living
Acupuncture Could Give Your Libido an Unexpected, but Effective, Boost — Here's How
by Victoria Moorhouse 2 days ago