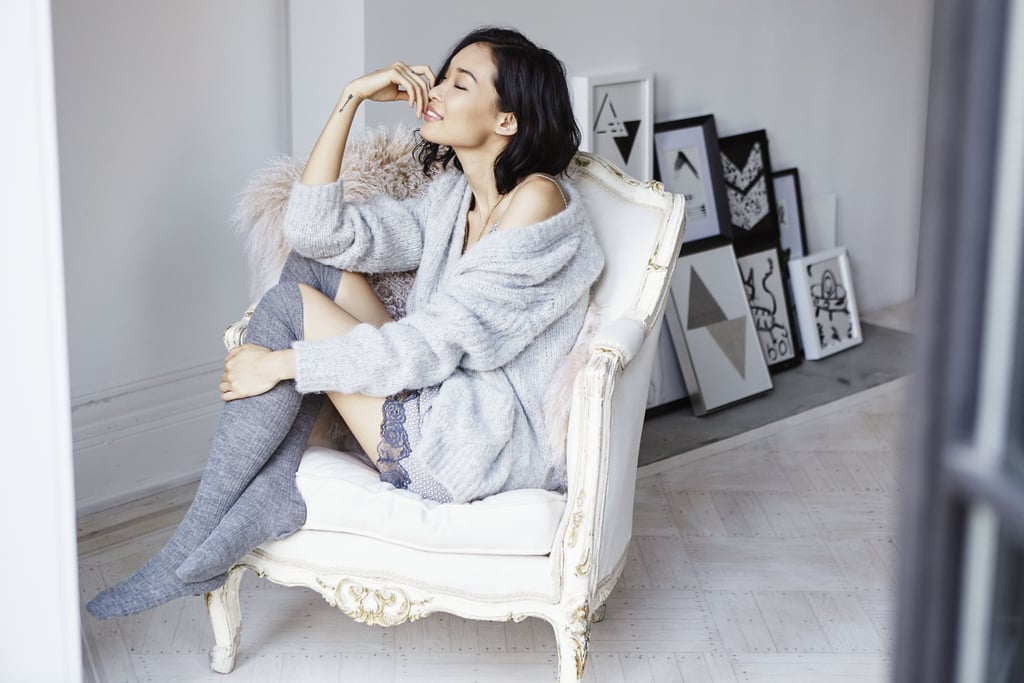 Just like our moods change with the transition from one season to another, so do our sex drives. In fact, many experts say couples tend to have more sex in the wintertime than other months, both based on desire, availability, and well, boredom (cabin fever, anyone?). Psychotherapist Kelley Kitley says during the Winter, couples have fewer distractions that keep them from getting it on. "During the Winter months you spend more time with your partner, and generally speaking, sex improves the quality of a relationship: women report they tend to feel emotionally closer to their partners after sex and men are more likely to be more complimentary or affectionate to their female counterparts after sexual intimacy," Kitley explained.

If you suffer from any of the symptoms of seasonal depression — lack of interest in doing things you normally love, depressed for no reason, sleeping more — combat those blues with a romp (or two!). "Sex counts as exercise. It releases endorphins that make people feel happier, which in turn can contribute to a better-quality relationship," Kitley said. So if you can't make it to the gym — or the mere thought of putting on four layers to walk 10 blocks seems daunting — get in your sweat sesh at home with your, um, favorite trainer.

While an orgasm can't replace the flu shot, it can give your body a great defensive system against getting sick. Dr. Jessica O'Reilly, PhD, host of Playboy TV's Swing and author of The New Sex Bible: The New Guide to Sexual Love, says having sex boosts your immune system. According to one study, salivary levels of immunoglobulin A (which has the potential to ward off the common cold/flu) are significantly higher in those who have sex three or more times per week.

3. Sex Can Ease Your Stress Level

The stress-relieving benefits of having sex definitely aren't seasonally dependent, but O'Reilly says that many people can feel "trapped" inside when it's too cold outside to explore. "When your FOMO from the Winter settles in, sex can help to calm your nerves," she said. "Studies suggest that sex can relax the nervous and respiratory systems and those who have sex before public speaking engagements are better able to regulate stress indicators once they hit the stage!" So if you're struggling with another night of subpar temperatures, keep yourself active in another way.

When the air is dry during the Winter, you may find yourself waking up with a sore throat or stuffy nose, or if you need to be very warm to fall asleep, the mere act of getting shut-eye may be difficult for you from December to March. Enter: having an orgasm right before sleep. O'Reilly says that after you have sex, your brain releases slumber-inducing chemicals like serotonin and opioids that make you feel more relaxed and drowsy.

5. Men Are More Turned On During the Winter

If you notice him initiating having sex more often, it might be a seasonal reason. "For men, there tends to be a higher desire for sex in the Winter months. It can be attributed to visualization and fantasy of less skin being exposed during Summer months so there is a higher level of promiscuity and curiosity," Kitley said.