V.C. Andrews, the legendary author of Flowers in the Attic — now a hit Lifetime TV movie — is releasing new installments of the Dollanganger Series on Oct. 28. The first book, Christopher's Diary: Secrets of Foxworth, is a story of misfortune, greed, survival, and revenge. When Christopher Dollanganger's diary is discovered years after he and his siblings were locked away in an attic, new details of their experience brings to light enticing Dollanganger family secrets. We're sharing two sexy excerpts from the captivating new read. Keep in mind: if you wouldn't want your co-workers spying on you reading Fifty Shades of Grey, these excerpts should be considered NSFW.

Read the two excerpts below, and for more information on the hot romance, visit XOXO After Dark. 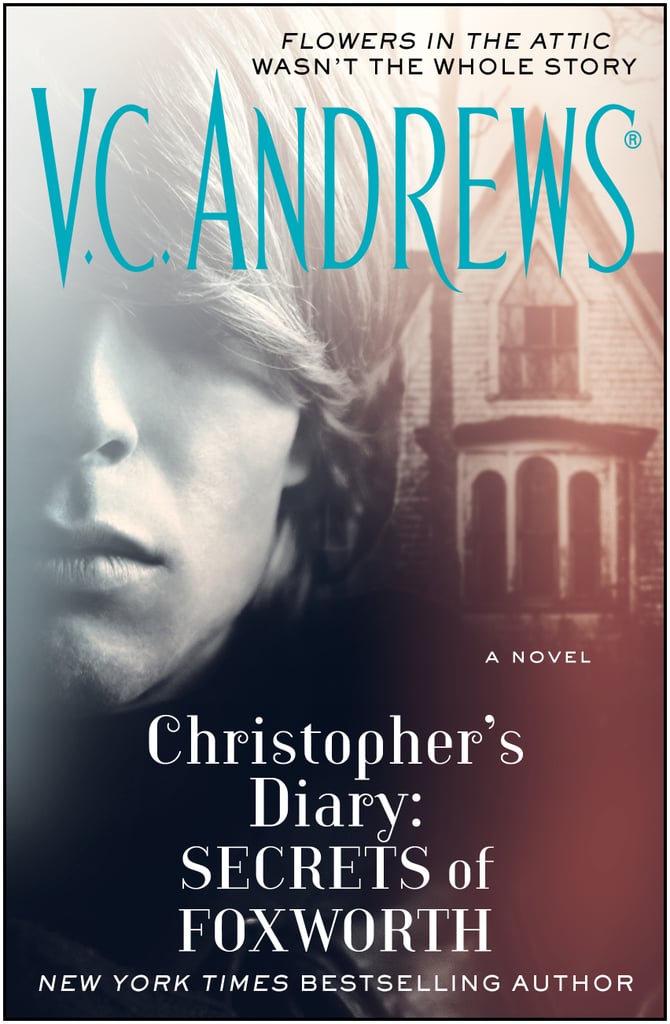 Kane was already at my door ringing the buzzer as I started down the stairs.

"You're as prompt as a schoolteacher," I said, maybe too critically. I saw the way he winced. "Don't you know a girl has to be late?"

He smiled. "Don't you know how anxious a boy can be?"

He looked from me to the house and then back at me. "Anything wrong?"

"No problem. I have Band-Aids in the car," he joked, and reached for my hand. He stopped us half-way to his car and turned around to look at me. "Something has your blood up, but I have to say, it's pretty sexy."

Now I really did feel the blood rush to my face. Kane was the first boy who had ever said I was sexy. "Thanks. I think," I said, and we continued to his car.

After we got in and he started the engine, he turned to me with that winning soft half smile of his and asked, "Why did you say 'I think'? Don't you like being sexy?"

"I'm not sure what it means. Some of the girls are so obvious about it. Boys call them sexy, but I don't want to be that sort of girl."

"I told you. You're a surprise. At least, to me." He started to back out but then put his foot on the brake and turned back to me. "And maybe even to yourself."

"I heard from some other girls you've driven crazy that you like to speak in riddles."

He laughed and continued backing out, turning, and heading us away. "It's not a riddle. I'm having trouble explaining it, that's all. I feel like I'm at the grand opening, the revealing of a new model."

"Like a car? One of your father's new-model cars?"

"Use what you know, Mr. Stiegman says in English class."

"Check my tires," I quipped.

"All right. I'll bite. Why am I like a grand opening?"

"You're discovering who you are, and I'm with you at just the right moment," he said. "Is that okay?"

I was silent. He was right about me. Kane wasn't simply a good-looking, popular, rich, intelligent, and athletic boy. He was sensitive, too. And that was something I really had not expected. Could you really fall in love with someone when you were this young, and if you did, what would happen? You had so much further to go in your life, so many other people, boys, men you would meet. How was it possible to make any sort of real commitment to someone before you experienced any of that?

I did once read that you should fall in love many times, each time just a little more deeply. It was like drilling a well. Each affair brought you closer to understanding what it was going to be like when you were finally there. Was that all romantic gobbledy-gook?

As if he could read my thoughts, Kane glanced at me and said, "Relax. Let's just have a good time and not be so analytical."

"Said the spider to the fly."

He laughed hard for a moment and then shook his head when he looked at me again. "Kristin Masterwood, I think I'm going to fall in love with you, and you're going to break my heart. But I'm going to enjoy every moment," he added.

His words had the ring of honesty and for the first time, I wondered if I could trust him with what I was reading. My father would be very angry if I did, but something inside me was longing for another pair of eyes, another mind to help me understand and clearly see what really did happen in Foxworth Hall decades ago to four innocent children, two of whom were, like me, just discovering who they really were.

"My father never set one. He depends on me to be responsible. I know he'll be waiting up no matter what, so I don't want to push it, but another hour won't do any harm."

He began shutting down lights and took my hand to lead me into the den, where there was the pool table, books, and another of what must be at least a dozen televisions. There was a very comfortable, soft leather settee. He poured us both some ginger ale, which was what we had been drinking all night, and sat beside me.

"I shouldn't have bothered with the party," he said. "All I wanted here was you."

"Not everyone was a dumb*ss, Kane. Most had a good time."

"I spent too much of my time being a host. I don't think we danced three times."

He sipped his soda and looked at me. "I think I figured out what's different about you, Kristin."

"You're more mature. Not in a stuffy sort of way. You're more stable, secure. You're not arrogant about it, but you're a few hundred miles above your girlfriends, above just about every other girl in school, as a matter of fact. That used to intimidate me, but now I find it fascinating. I feel more mature being with you." He put down his drink. "Duh! I sound stupid, I know."

The first thing that came to my mind was that those were words I could imagine some girl saying to Christopher.

"Things happen that force you to be older than you'd like, Kane."

"Yes, I know. I know the reason. I'm sorry for that, but I'm not sorry that you are who you are. I think I can trust you, depend on you, be confident being with you, and I can't say that about any other girl in our school."

He took my glass from me and put it down, then kissed me with such passion that I could feel the tingle travel down my spine and wake the sexual energy in me, nudge it, opening me like a flower longing to blossom, a flower feasting on the sunshine.

His hands moved over my body gently. I lay back and then slowly began to slip under him. He was kissing my cheeks, my neck, before going back time after time to my lips, as if that kiss gave him the fuel, the energy, the permission to return to my neck and then my shoulders, as his hands smoothly lifted my blouse and his lips traced along my stomach and up and over my breasts.

"Kristin," he whispered. "I can't stop dreaming about you."

He fingered the clasp on my bra and lifted it slowly away from my breasts, touching my nipples with the tip of his tongue. I could feel myself sliding deeper and deeper down into the place where your resistance weakens. Was this it? Was this going to be my first time? His finger went to the buttons on my jeans. I didn't stop him, but I couldn't help the small sob, the tension that came into my body, and the way I simply froze.

He paused. "How far do you want to go?" he asked softly. I had the feeling that it was a question he didn't bother asking other girls he had been with. "I'm prepared," he added.

He nodded, kissed me quickly on the lips, and then sat back and looked thoughtful.

"What makes some girls so easy about that decision?"

"It's never a problem for boys?"

"It is if they don't think ahead and get both of them in trouble."

"Girls don't always get into trouble doing it, Kane."

"I know that, too, but the risk is much bigger, don't you think?"

"So you've answered your own question."

"Not really. That's why some girls might not want to do it if their boyfriends are unprepared, but that's all it answers."

"Maybe you should attend the girls' session of health class," I said.

"I'm not sure Mrs. Kirkwood would let me in."

"There are many answers, I guess. How you're brought up is one. Some girls think of it as some accomplishment, a step into maturity or something."

"I think of it as more of a commitment. No, I don't want you to give me an engagement ring, but I don't want to just hook up or something. I know some girls who think being as casual about it as boys makes them equal or something."

He nodded. "I thought you'd have an intelligent answer. No," he said, holding his hands up and standing, "don't ask me to try again or ask you to stay over." We looked at each other, and then we both laughed at the obvious reverse psychology attempt. At least he wasn't as crude and immature as most of the boys I knew at school.

"I guess I'd better get going," I said. I straightened myself out, checked myself in the closest powder room, and joined him in the kitchen.

"Can I take you somewhere tomorrow night? To dinner, a movie?"