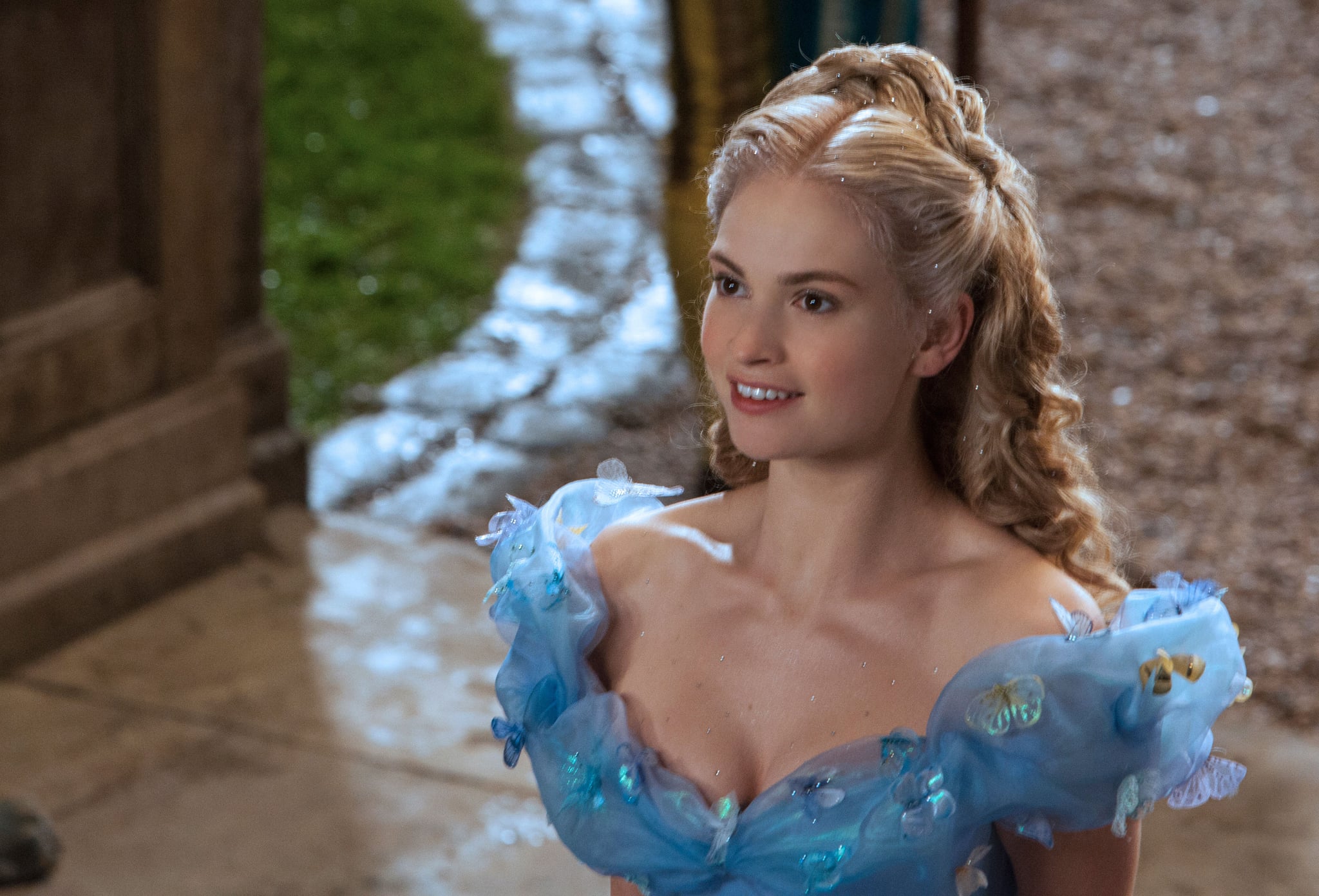 After attending the magical premiere of Disney's Cinderella at the classic El Capitan Theater in Hollywood, witnessing the radiance of Lily James in real life, and documenting it all on my Instagram and Vine, I got to thinking: how would this fairy tale translate if it was set in present day? Turns out, there are many parallels between the French folktale and the world we live in.

The ball's sole purpose is to find Prince Charming a wife out of all the maidens in the land. Similarly, The Bachelor accepts applications from women around the country in hopes of finding one woman to marry — or at least go on a press tour with, until she breaks up with him to join Dancing With the Stars. Should he propose, he will do so after having around three total conversations with her, much like Prince Charming. (The prince didn't know Ella's name until he proposed — something I'm sure any bachelor contestant can identify with.) You expect him to remember 20 bachelorettes after a six-hour cocktail reception? Me neither.

Initially, watching the ball scene, I thought of how it would be equivalent to, say, the Roc Nation brunch, the royal wedding, or the Oscars in present day. But those are tightly secured events that you have to be invited to. Random minions like myself aren't going to attend. Therefore, the ball is more like sorority rush: if you're a female student at the university (or, in the movie's case, a female resident of the town), you're allowed to attend rush (the ball). Upon getting invited, you would spend hours figuring out the perfect outfit ("NO FLIP FLOPS!") and parting your hair incessantly to master the perfect style, all in hopes of impressing a house and getting a bid (or the prince's proposal for marriage).

Nothing was confirmed in the movie about Cinderella's meal preferences, but she does chastise Kit (the prince) about hunting a buck. She also talks to mice, feeds them scraps for dinner, and considers them her friends. She does pick up some eggs, but we don't see her eat them. So I'll call it as I see it: Ella in 2015 would be, at minimum, vegetarian, but I'm going with vegan because Cinderella goes full throttle when it comes to animal appreciation. All girlfriend needs is a crop top, some kale, and a ClassPass, and she'd fit right in in LA.

Who else is going to tell you to change your outfit and call you an Uber for you when you're late for a party (or date) and have zero means to do so? Your mom would probably tell you to stop complaining, and your actual godmother is probably not somebody you associate with on a regular basis.

As I mentioned, you aren't getting carted around in a carriage in 2015. Instead, you're rolling up to the ball in a Tesla that you requested from Uber. Chances are, you aren't leaving the party in the same vehicle you arrived in, either, just like Cinderella arrived in a carriage and got back home in a pumpkin.

Ella's Fairy Godmother (Helena Bonham Carter) sprinkles a bit of fairy dust on her as she peels out to get to the ball, making sure she is unrecognizable to her evil stepmother and godforsaken stepsisters — at least until midnight. Wouldn't it be grand if that dust actually existed?

"Is that Kirbie jamming out to One Direction over there . . . in Uggs?"

"I don't know, but whoever that is has amazing hair, great charisma, and the best manicure I've ever seen!"

Finally, a fairy tale with a message we can all get behind (and it's relatable!). Many may say Disney movies give women an unrealistic expectation of what love should be. And that might be true — at least for the animated versions. But it was refreshing to watch a fairy tale where the overarching theme was to have courage and always be kind. (That, and believe in a little bit of magic, too.) This live-action version reinvigorates the magic into the film in its own special way.

For instance, in the animated version I grew up with (and loved), Cinderella gets to be with the prince simply because the shoe fit — that was it. In this version, Ella has concerns that he might not want her after she admits she is not a princess and doesn't have lavish things like a carriage or a dowry. But she believes she's worthy of being his equal, has confidence that all she needs is to be herself, and has faith that will be enough. Also, even though, ultimately, she is forbidden by her stepmother from going to the ball, she shows major gumption when asserting that all women were invited — which means she can go, too. Needless to say, everyone, regardless of class, race, or sex, is equal in Cinderella's eyes. (Bonus: they humanize the prince and develop a storyline in this version, so you get to know him as well, which is refreshing.)

Personal Essay
How I'm Working to Regain My Sense of Smell, Nearly 6 Months After Having COVID-19
by Leeny Sullivan 7 hours ago

Netflix
March Means One Thing For Netflix Fans: More Movies and TV Shows Are Leaving
by Grayson Gilcrease 8 hours ago