Christina Lauren, author of the Beautiful Bastard series, now brings us Dirty Rowdy Thing, the second installment of her Wild Seasons series out in paperback on Nov. 4. It's the story of two hot-headed lovers, Harlow and Finn, who claim to dislike each other. Harlow is as independent as it gets, while Finn can be somewhat of a control freak (we see where the conflict arises) . . . and yet, somehow, the two continue to find themselves together in the midst of rowdy hookups. We're sharing two steamy excerpts from the captivating new read. Keep in mind: if you wouldn't want your co-workers spying on you reading Fifty Shades of Grey, these excerpts should be considered NSFW.

Read the two excerpts below, and for more information on the hot romance, visit XOXO After Dark. 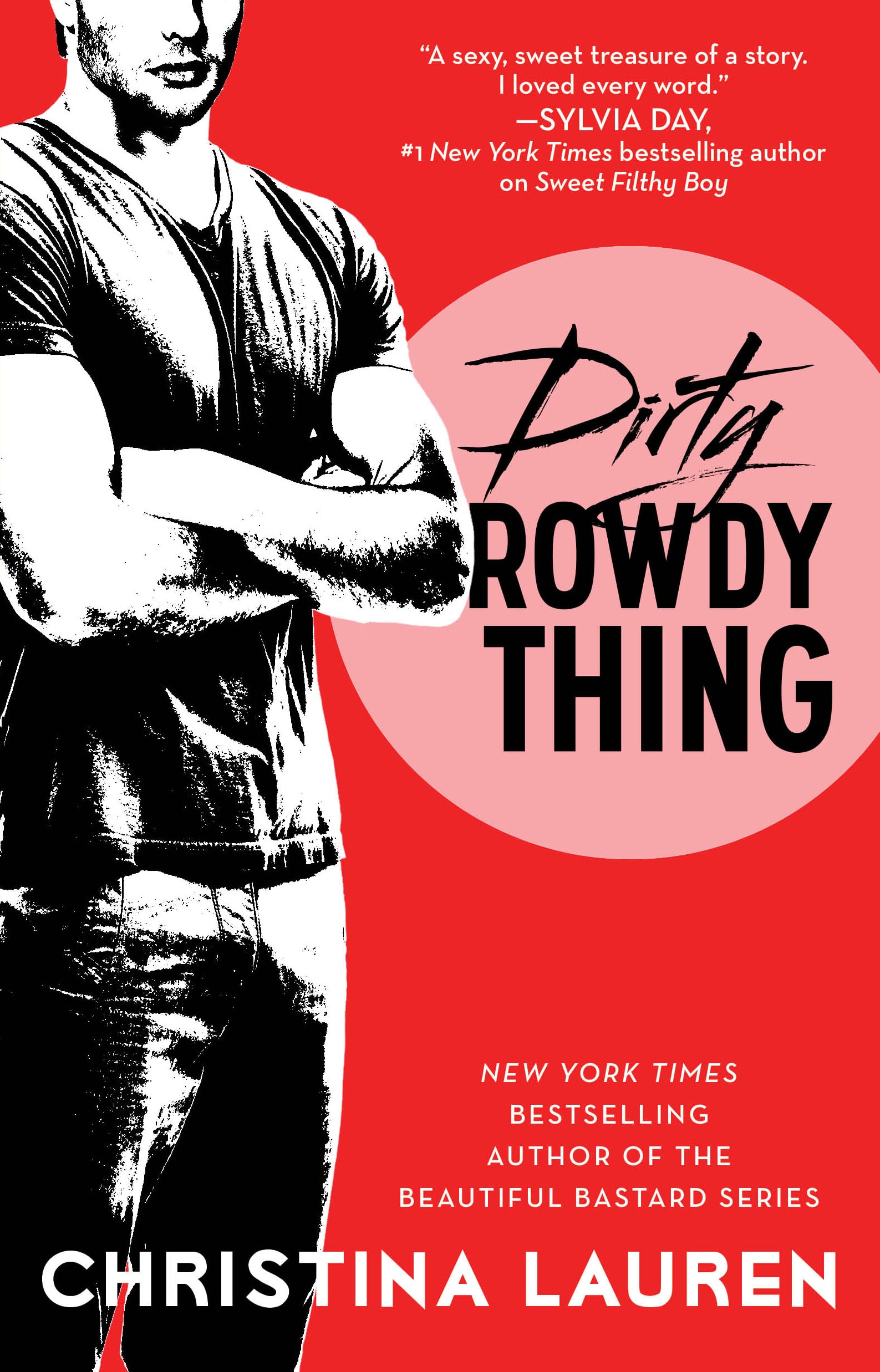 The house inside is silent, and all around me the ocean wind whips past the tall, willowy palms. Finally, I hear foot-steps just in front of the door and it swings open.

Finn pulls a dish towel off his shoulder, using it to dry his hands. He's shirtless, and his jeans hang low on his hips, revealing the black waistband of his boxers.

In one heartbeat I've gone from relieved anticipation, to hating this moment. I feel vulnerable and on the verge of tears, but there's nothing particularly sympathetic about Finn. Drunk Finn was an anomaly, all soft expressions and playful. Daylight Finn is efficient and brusque, good for fishing, f*cking, and — apparently — washing dishes.

"You know what?" I say, looking at my car parked at the curb. "This was a stupid idea."

"Wait. You came here to see me, not Oliver?" He takes one step closer.

"Did you come here to finish what we started last night?" I turn to leave, having no idea what to say to such a blunt question. I mean, yes, I did come for that. But it's bigger than just wanting to fool around: What I want with Finn is the sex that absorbs me and shuts off my brain. I don't want to play cat-and-mouse, I don't want to discuss it. I just want to do it.

I can hear the playful mocking in his voice when he calls, "If that's what you want, you just need to say it, Harlow."

I stand, facing the street for several deep breaths. A car drifts by, its frame lowered so it almost touches the asphalt, stereo bass blaring, vibrating up through my feet. The car slows, and the man in the passenger seat lifts his chin to me.

"The next young freak I met was Red," Too $hort raps from the car, his voice distorted through the crappy speakers.

I square my shoulders, staring down the guys as their attention moves past my face to my chest.

"I took her to the house and she gave me head."

At the lyric, the man in the passenger seat smiles lewdly, raising his eyebrows at the next line as if to ask me whether it's true, whether I like to freak, and the car stops, idling in the middle of the street as if the driver expects me to jump in and party with them. I want to walk to my car but feel trapped between these guys and the cocky asshole behind me.

Finn steps out of the house, pulling the dishrag off his shoulder as he comes to stand with one shoulder in front of me, and stares down the men in the car.

"The f*ck are they looking at?" he growls under his breath.

I no longer care about the guys in the car. I've never had a man other than my father take a protective stance around me. The boys I'm used to would just pretend they didn't see the car at all, or anxiously whisper-hiss that we should get back inside. Beside me, Finn is huge. I've never seen his skin in the sun, but the sun has seen him a thousand times. I'm tall, but he's inches taller, and nearly twice as wide. His chest is tanned and bulky, clear of a single tattoo, but marked with the occasional tiny scar. A snag here, a cut there. He seems larger than life on this street full of salty surfer boys and skinny thugs.

The car accelerates with a rumble, driving off down the street.

"Those *ssholes wouldn't know the first thing to do with you," he says quietly, looking me over as if I'd been handled. And with that look, I see the same expression he gave me last night — possessiveness, interest, hunger — as if I'm not quite what he'd assumed . . . and that, maybe, he liked it.

My heart is hammering wildly and — with the pulse of adrenaline in my blood — even more than before I want to go inside with him and let him take over every single thought.

"What happened to just getting naked and — "

He pops me again, this time on my upper thigh. "You came to me, not some skinny-d*cked kid in Del Mar. And I'm doing this how I want." His eyes soften. "It's not like I'm going to leave you needy, sweet thing. I wouldn't do that."

I exhale a jagged breath and nod. Whatever he wants to do . . . it's why I'm here. I close my eyes, giving in to the semi-drunk sensation I get when I'm this close to him, and he's the only thing I can sense in the room.

He wraps his fingers around a small lock of my hair and glides them down to the end, tugging gently. "Look at me."

I blink up to him, eyes wide and focused on nothing but the bow of his bottom lip, the appearance of his ironic little smile as I wait to hear what instruction comes next.

"Kiss my neck," he whispers, so I do. I stretch on my toes and press my lips against his pulse point. It's an excuse, maybe, to see how I affect him and whether his blood trips the same way mine does when we are this close. But his pulse is a steady and slow dum . . . dum . . . dum beneath my touch.

"Lick me." His fingers slide up my neck and over my necklace, pressing into my scalp and gripping handfuls of my hair.

My tongue sweeps out, just barely touching his skin, and he groans, a low, hungry sound. He tastes like salt and air, as if the ocean wrapped around him when he was small and never let go.

"Go lie down." His fingers release me but his gaze doesn't. Right now, I remember that Finn is ten years older than me; I must look wide-eyed and naïve. I wonder if he has any idea the extent of my inexperience with lovers like him. "I'm gonna tie you up and kiss that sweet p*ssy for a while. I want to hear you say my name when you come on my lips."

I back up to the bed and then turn, moving toward the middle. Having grown up on the beach, I'm used to being in bikinis around people, but Finn and I have only ever hooked up in the dark. It's a little weird to be completely naked — with him mostly clothed — and crawling on my hands and knees on a bed in broad daylight.

When I kneel and wait for him to join me, he shakes his head. "Lie back. Close your eyes." At my suspicious expression, he says in a quiet, deep voice, "You want it or not?"

Before I do what he says, I blink down to the worn button fly of his jeans, faded and soft over time and now distorted with the shape of him, hard beneath. He's always made sure my body was ready, and I know that's what we're doing, but the threat of panic and fear lingering at the edges, and my need to get lost in something other than my own thoughts, makes me impatient.

He sees where my attention has gone and rubs the heel of his hand down the thick line of his cock, gripping it. "You'll get it in a little bit. Lie back."

The pillow is full and hard, but the cotton comforter is soft and warm against my bare skin. Between my legs, the mattress dips as Finn climbs up from the foot of the bed, his palms smoothing up my shins.

Finn drags the length of red rope up over my torso, coiling it around his hand. Reaching behind me, he slides the center of its length under my body and then crisscrosses it back and forth down across my torso. Looping it around one hand he coils it up one arm and then back over my chest to the other side. Wrapping it down around my other arm, he's softly bound my arms so each of my wrists stays at the sides of my hips. In the center, just below my belly button, he ties an intricate — and beautiful — knot. I watch him the entire time; he's focused and careful not to bind me too tight. I can tell, too, that he loves what he sees. When he's done, he sighs, running his hands up over my hips and across my stomach, my breasts, my neck.

Books
If You Love Books but Don't Want Your Home Turned Into a Library, Shop These 10 Solutions
by India Yaffe 3 hours ago

Books
A Running List of the Best Books of 2021, For All Your TBR Needs
by Maggie Panos 4 hours ago 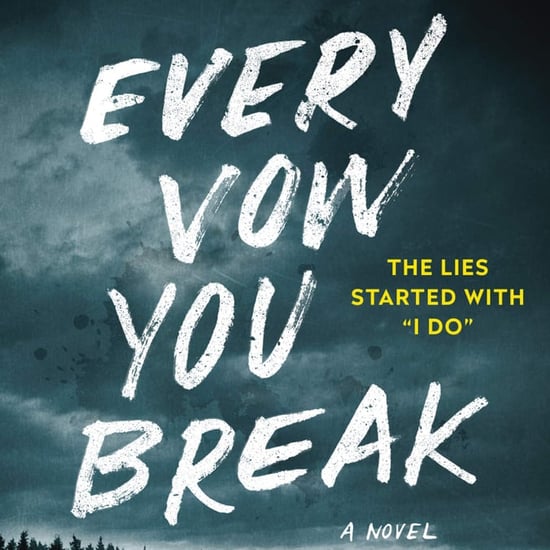