When Kelly Reynolds's husband died two years ago she was left her heartbroken, raising their two young boys alone. Then a chance encounter on a trail run brings famous actor Andrew Pettigrew into her life. Though they're attracted to each other, Kelly hates risk — and a love affair with him would be tempting fate. And it doesn't help that she and Andrew both have secrets that seem impossible to keep. . . . Can a fairy-tale love story have a happy ending in real life? Read two steamy excerpts from Beck Anderson's novel Fix You below. 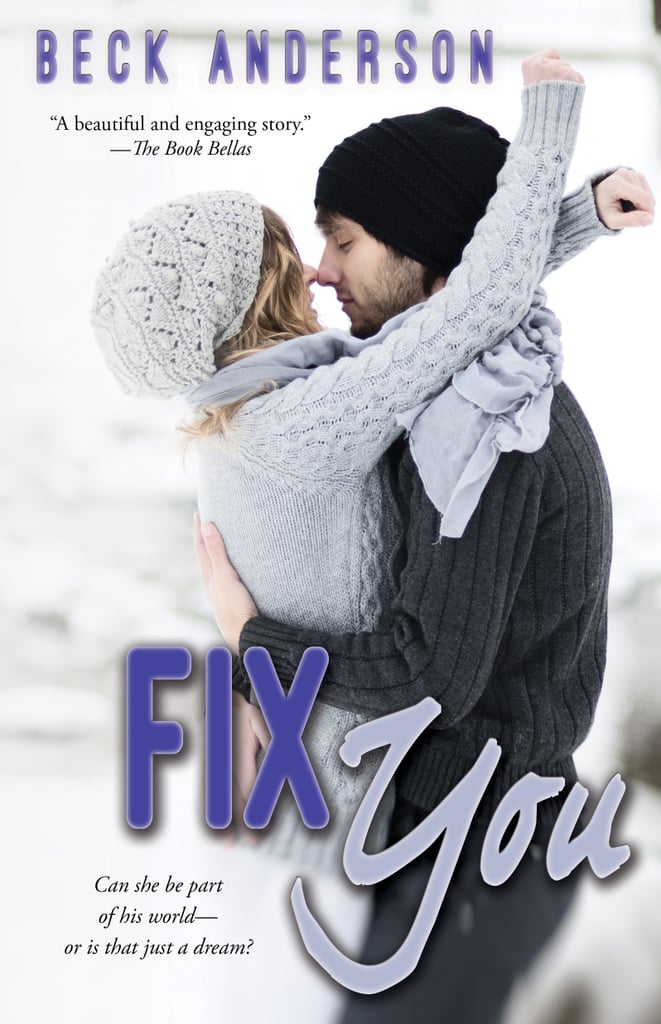 "Well, I guess good-byes are in order." I try to sound like it's not a big deal, but it kind of breaks my heart.

"Geez, good-byes? That sounds so terribly final. I'm just going back to LA."

It sounds amazing. But I still don't buy it. Really, at some point he's going to recover from whatever brain injury has caused this inexplicable attraction to me. "I don't know what to say."

He puts his arms around me. "How about, 'That sounds good.' Or 'Yes, let's do call each other and see each other again.' Generally that's how people do it."

He rolls his eyes. "Come on, you need to give me a little credit. I'm not going to fall off the face of the earth."

I hear a voice inside say something to the effect of I'll believe it when I see it. But I don't tell him that. Not when he holds me close in the November chill on the top of the mountain and kisses the spot where my earlobe meets my neck. At that moment, I'd like to give him a lot of credit.

I shiver, and his lips travel from my neck to my lips. His kisses are soft, then strong, and I feel myself pressing closer. Every muscle in his body seems tense. I let my hands wander. Despite the temperature dropping, his skin feels electric under my touch. I can hear my breath. It comes in sharp, deep inhalations, and I can feel how shaky I am as I exhale.

I must admit, I may be hyperventilating, but really . . . "I'm beyond okay. You are driving me crazy."

He kisses me again, his lips parting into a smile. "The feeling's mutual, but don't pass out on me." He stays close, our foreheads touching, and I can feel his hot breath on me. It's a delicious sensation.

"Do you like it?" He turns around as we climb the stairs. He hasn't let go of my hand.

"My house." He smiles. Does he know how distracting that smile is?

"Yes." I'm thinking about his lips, his shoulders, his hips, his back.

"Are you just saying that?"

He laughs. "Thought so."

We're at the door of his bedroom. He kisses me, and my head spins.

"I don't want to be forward, but you need to cool it with the Parade of Homes tour." I push past and pull him into his bedroom.

"The master suite does have a lot of amenities." Now he's just being goofy.

He takes the hint. He does take direction well, I must say. On this occasion especially . . .

A little while later we lie in bed together. It's so warm, and most of the heat is coming off his body. I'm always cold. I don't get why guys are the ones with the internal combustion when I'd rather be the cozy one.

He tugs on the covers, turns over to look at me.

His fingers trace my shoulder. "What's this?" He touches a straight, white scar.

"I got it crawling under a barbed-wire fence in fourth grade. We were playing Cold War."

He raises an eyebrow. "What kind of game was that?"

"The big game in my neighborhood. I was a Soviet, as I recall. Red Dawn was a very influential movie that summer. We ran amok in the woods."

I realize why. "You're too young. You were probably three when it came out."

I lie back, cover my eyes with my arms. This young-guy stuff is painful. Sometimes I feel like an artifact.

Then I feel him kiss my stomach. I uncover my eyes. He's looking at another scar.

"What's this one?" He's languidly tracing a jagged-looking pucker of skin, right over my belly button. I think I'm starting to get goose bumps, and not from the chill in the room. I resist the urge to attack him and answer instead.

"That's a stretch mark. Thanks for pointing it out."

"From babies?" He sounds so naive sometimes.

"From baby number two. Beau was two weeks late, and I was all proud of how smooth my stomach was, but then my poor belly button couldn't handle it anymore, and the skin pulled. No Sports Illustrated swimsuit cover for me."

He kisses it again. "It's called Photoshop. Trust me. See this?" He tugs on his left ear, moving the hair away. There's a huge notch taken out of the top of his ear.

"When I was three, the neighbor's dog mistook me for a chew toy. I'm pretty sure if my sisters hadn't been there he would have torn my ear off."

"Then that's not so bad, considering, huh?" I trace the deep V chunked out of his ear. I think about kissing it.

"And, if you were to check most of the magazine covers featuring yours truly, I bet you won't see it."

"They want their movie star perfect. It takes a minute and a few clicks of the mouse, and it's done."

"That explains why you are totally homely in real life," I tease.

He rolls over on top of me and has me by the wrists. "You're so cruel." He kisses me. He leans over and kisses my shoulder, the one with the scar. Then he eases himself down, kisses my imperfect belly button again.

After that, I lose track of all the kisses and their locations. It's one of the best endings to a discussion of my flaws to date, though.

Get Fix You here, and check out more great content on XOXO After Dark:

Fashion News
Sneakerheads, Prepare to Be Captivated by Virgil Abloh's Design Process in His New Book
by Perri Konecky 6 days ago 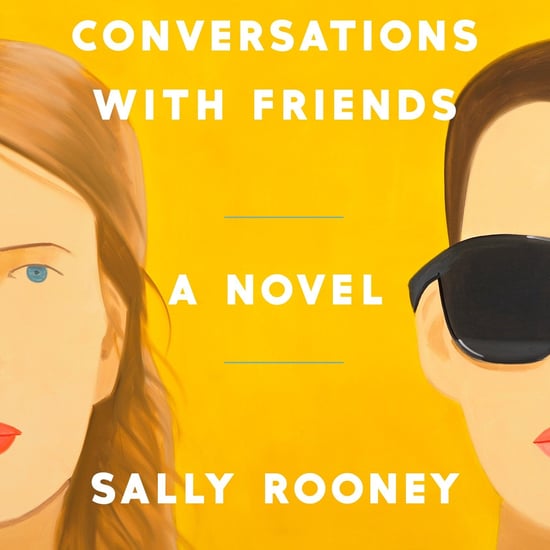