Weddings get everyone excited, so we wouldn't blame a groom if the anticipation of seeing his bride-to-be got him pretty worked up. Worked up enough to pop a boner? Maybe not. This hilarious image that a Reddit user submitted made us a do a double, then triple, take when we first saw it. The photo is a beautiful moment captured in black and white . . . and it straight up looks like his d*ck is hanging out. But never fear, it's just a trick of the eye! At least, that's what he said:

"Getting dressed before my wedding. Only noticed the belt after the pictures had been distributed."

You decide for yourself. Definitely seems like something the photographer should have noticed! 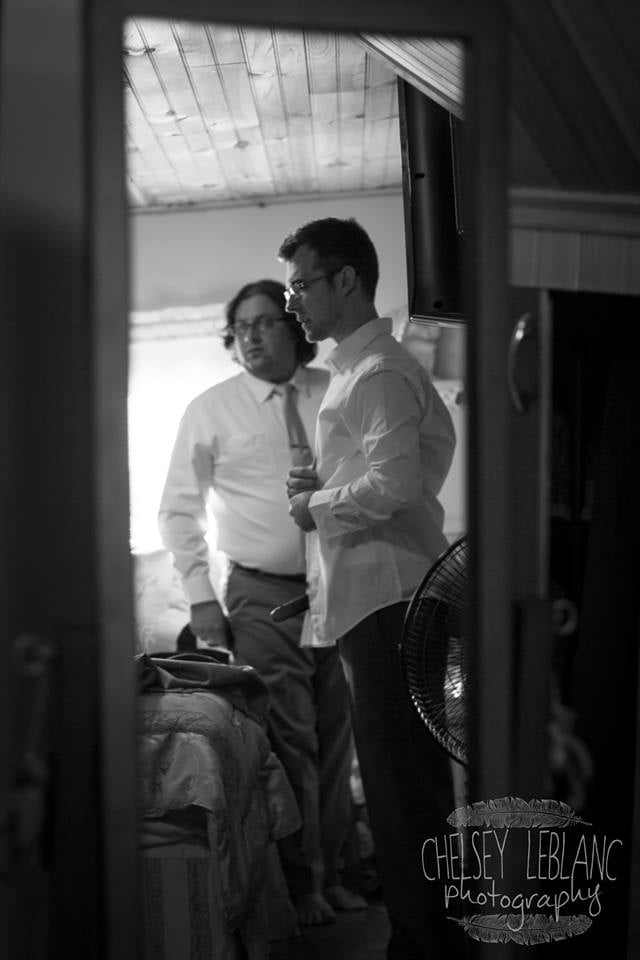 Animal Videos
As a Hummingbird Feeds Out of His Hand, This Man's Face Radiates the Purest Joy
by Alessia Santoro 1 week ago