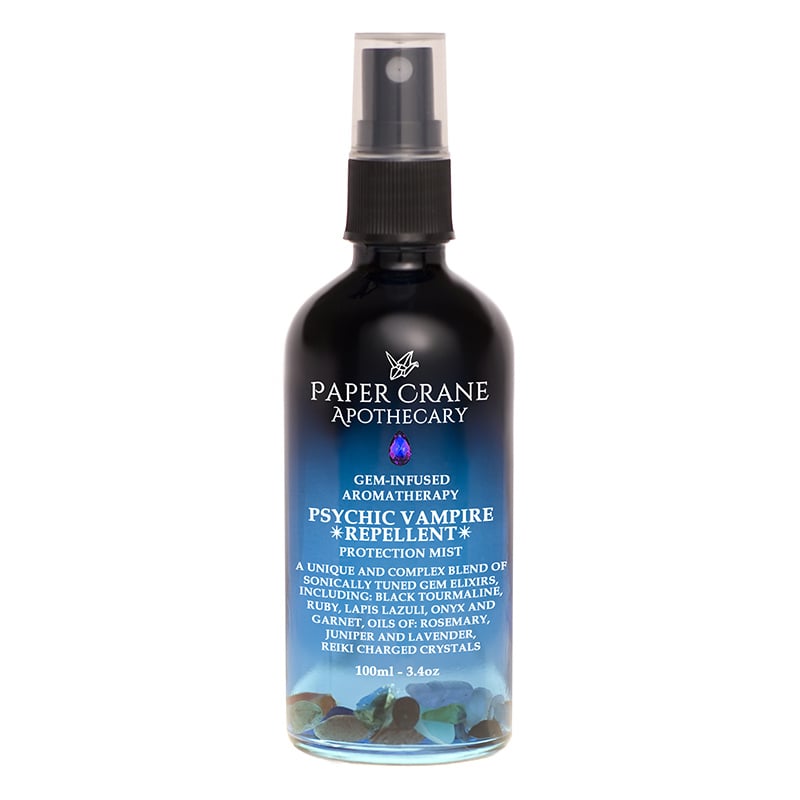 Move over, Buffy, your services are no longer needed. Gwyneth Paltrow's Goop has "Psychic Vampire Repellent" to ward off any unwanted demons, and it'll cost you a cool $30 if you want a bottle of your very own. Now, we get it, we don't think Gwyneth and her Goopies are actually expecting this to ward off literal vampires. No, the mist is meant instead for humans who suck — your good energy, that is.

The site calls the spray an elixir "we can all get behind," saying that the mist uses a combination of "gem healing and deeply aromatic therapeutic oils, reported to banish bad vibes (and shield you from the people who may be causing them)." Fans supposedly "spray generously around their heads to safeguard their auras."

Related:
This Gynecologist Does NOT Want You to Put Gwyneth Paltrow's Jade Eggs Up Your Vagina

I don't know anymore. Look, it's 2017, the world is a crazy place, so in the grand scheme of things, I guess a $30 vampire spray kind of fits. Anyway, you can also buy a Clean Slate mist in case you want to forget that a vampire spray actually exists and is being sold for the same price as a relatively nice bottle of wine, which I wish I were currently drinking.

Astrology
This TikToker Spoofs How the Different Zodiac Signs Act on FaceTime, and Wow, the Accuracy
by Lauren Harano 3/26