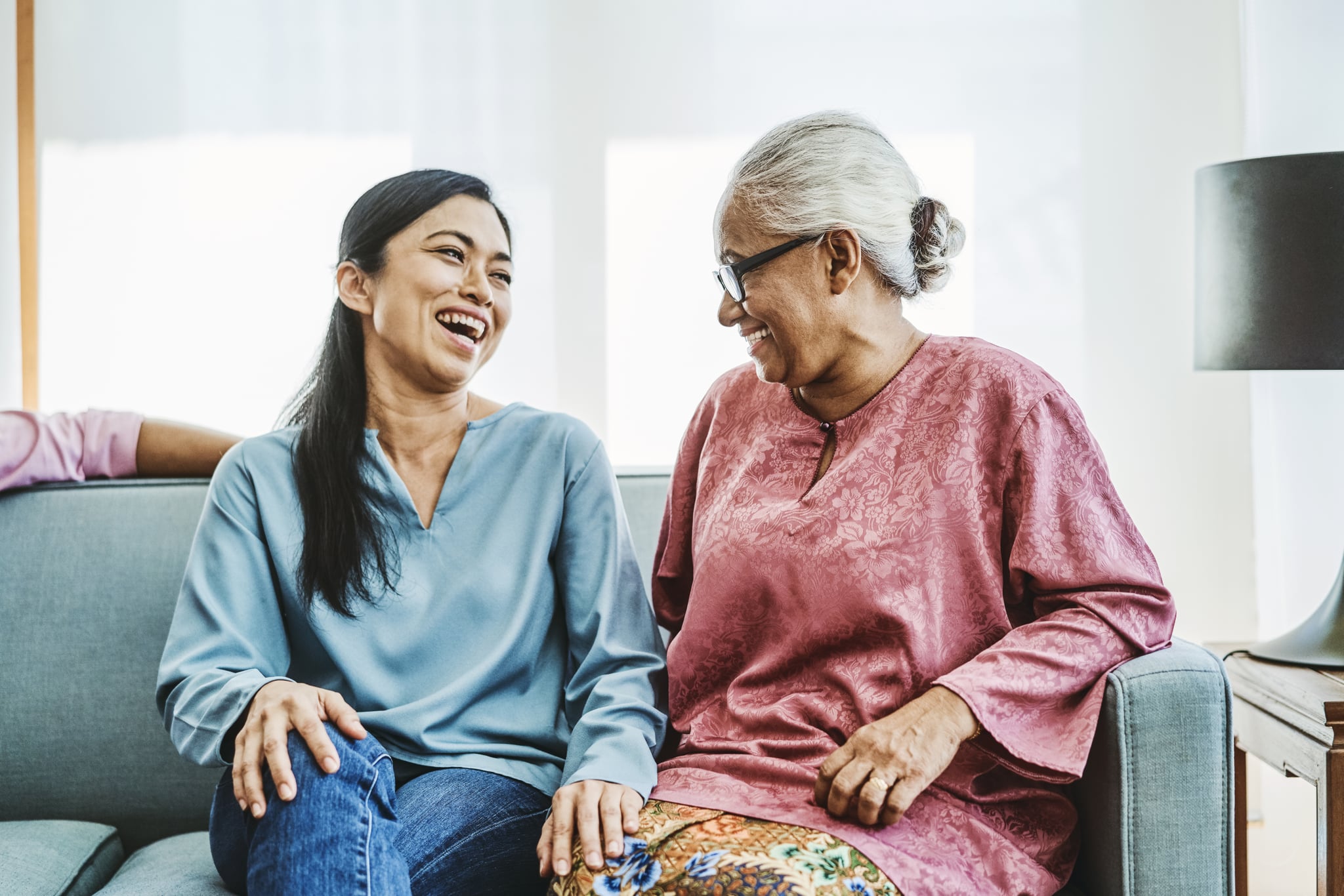 I recently encouraged my husband to confide in his mom about some of the problems in our marriage.

Yeah, you read that right: I asked him to. It may sound crazy to a lot of married people, but it's been one of the unexpected strengths of our multicultural relationship.

I'm lucky enough to have a mother-in-law that I absolutely love. She has a penchant for straight talk and the well-timed swear word. She not only adores her son, but has also taken me in like a true daughter. Somehow, we've managed to forge this bond living in different countries and through a significant language barrier: she lives in Mexico and speaks Spanish and little English; I live in America and speak English and poquito español.

Related:
I'm Married and Still Follow My Exes on Social Media, but Here's Why That's Not a Problem

If R confides in his mom, she will listen respectfully. And when he's through speaking, she will deliver her perspective in a voice that is fresh, clear, and without frills.

What can I say, I got lucky. My MIL was a judge before she retired and she raised her son, R — the only one among two sisters — to not be coddled, which I dare say was unusual enough in the Mexican culture of his day. Standing barely five feet tall, she's an impressive blend of softness and steel, but one of the things I most admire about her is her impartiality.

She's not only one of R's closest friends; she's a trusted ally for our marriage. Rather than ever driving a wedge between us, she helps us repair the bridge — but only when invited.

In marriage, there may be moments in which we're unable to hear what the other person is saying because we're too close to the situation. We've habituated to the other's voice, and sometimes, truths that we need to hear can fall on deaf ears. I know in these moments that if R confides in his mom, she will listen respectfully. And when he's through speaking, she will deliver her perspective in a voice that is fresh, clear, and without frills.

Related:
My SO and I Lived Together Before We Got Married, and It Was the Best Decision We Ever Made

She reminds him who he is in a way I can't, and because of his deep respect for her, her words wake him up and stir him into action.

This last time he confided in her, R confessed that his drinking was starting to get out of hand and it was causing a strain in our marriage. He and I had discussed this many times over the years, but we always seemed to hit a plateau in addressing the problem. When R told his mom he thought he may be an alcoholic, she challenged him: "You're not an alcoholic, son. You've just been using alcohol to hide from your problems." She recalled times when he drank and partied with his friends in Mexico as a younger man, and times when he intentionally took breaks from drinking even as everyone around him continued. Her point being, "You have the ability to control yourself when you want to. Be that man that I know you are."

And he has risen to the occasion since that conversation. Because he, too, knew deep down that this was the truth. He just needed to hear it reinforced from another trusted source, outside our marriage, who can call his bullsh*t with love.

Related:
I Said "I Love You" to My Partner First, and I'm Seriously Glad I Did

In marriage, we often need all the allies we can get to support us through the tough times, and how this looks is as diverse as each relationship. I'm fully aware most women may not have the luxury of this kind of rapport with their mother-in-law. If your partner's mom is the last person you would want him to confide in, believe me, I get it. And I only hope that you both find those mutually trusted voices to help steady weariness in your marriage, at the time you need it most, so that you can hear each other with greater clarity.

May we all find our bridge-builders.