Ready to join the cool girl's club for empowerment? I recently spoke with motivational speaker Alexis Jones, founder of the I Am That Girl movement and author of the just-released book I Am That Girl: How to Speak Your Truth, Discover Your Purpose, and #bethatgirl, and I'm feeling the girl power in a big way. In her pursuit to support girls and women, Alexis has attracted some very famous, very cool women to her cause. Read the interview below for her advice on surviving your quarter-life crisis, how you can make a difference today, and why she's so passionate about being "that girl." 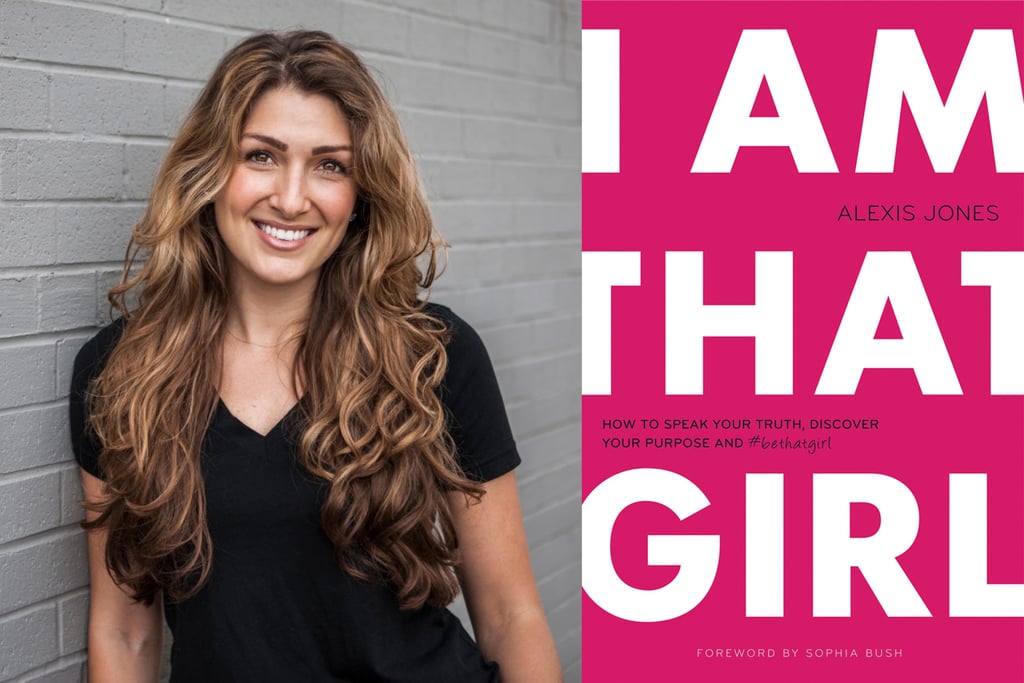 POPSUGAR: In a nutshell, what is I Am That Girl all about?

PS: What female celebrities are setting a good example and blazing a trail for young women?

AJ: I'm completely biased so keep that in mind because of the women that I already have tethered to the book, only because they're also very dear friends. Kristen Bell is an amazing wife — she's an amazing mother, obviously a very talented actress. Sophia Bush is another one who is just a purebred activist. Bryce Dallas Howard is much like Kristen — an incredible mother, an incredible wife. Just women in my life who I really admire and the fact that they also have this huge following is almost icing on the cake. They have the humility to recognize the power and influence they have on people and are willing to use their voice to make a difference in the world. They're incredible women.

PS: How is being a young woman now different than 20, 25 years ago?

AJ: I think it's just the level of distraction. It's so intense. Certainly for me, but even more so for younger girls, the expectation to get into technology and social media is that they're supposed to be plugged in 24 hours, seven days a week. I don't think they have as much time or permission to just be. There's such an emphasis on what you do, on your job title, especially with Facebook. With that comes a completely different set of expectations and pressures that they're under, because it feels like their whole life is on display or, if their life isn't cool enough, then it's not on display. I certainly don't envy the pressures that they feel to be connected, the pressures that they feel even just from a beauty standpoint. They're consuming 10 hours of media a day. Not just girls in magazines, but on television, you see the .001 percent of the prettiest humans in the world. No wonder the ordinary girl isn't feeling enough.

PS: So you talked about the negatives of social media on girls today, but how can it be a positive force?

AJ: I think that social media is a power, and it can be wielded in whoever's hands it's in. So in the same way that social media is a distraction, it is an incredible way to connect with people. It's an opportunity for influencers, like Hilary Duff . . . who has the ability to make one tweet about this book, and suddenly you find potentially a new million eyeballs on it. You're seeing these influencers recognizing the power that they have, and when they make that choice to use it for good, it's incredibly powerful.

PS: Earlier you mentioned how hard it is to just "be." What are some practical ways we can take the time to really be in the moment?

AJ: Take five minutes in the morning and say, "I'm not going to check my phone right when I wake up, even though I absolutely feel that pressure and that temptation." The only thing that I've really found that grounds me in a powerful way other than my faith is just adopting this paradigm of gratitude. We hear that word thrown around a lot, but there's something really different between it in theory and it as an actual, intentional practice. Just taking that time to close your eyes and breathe and have a moment where you appreciate all the things that you have. I'm also a big journaler. I straight-up interview myself to be connected to how I'm feeling.

PS: What are some practical ways women can get out of a quarter-life crisis slump?

AJ: What I find is that when you give a girl something bigger than herself to fight for, her life is made better. I'm not saying her problems go away, I'm not saying it's the panacea for eating disorders and depression, and all of a sudden, you find your dream relationship, dream job. I just know when a girl is lit up from the inside out, and she fights for something bigger than her, that the gift she's given in return for that selflessness and for that humility and for that contribution to the world is so magnificent that whatever her problems are, they diminish greatly.

For me, in those moments where I'm having a lot of that self-doubt and simultaneously self-pity, I'm not where I think I should be in life right now. I literally will look up online somewhere where I can go serve and take a Saturday to go see the homeless. If there's a children's hospital, if there's just something to get outside of myself and to focus on others and live an others-centered life as opposed to a me-centered life. All I know is that I am ushered into the warehouse of joy because there is something really magical about making others more important than you.

PS: What made you want to start a nonprofit as opposed to working for one?

AJ: My sophomore year of college two big things happened. I did a play called The Vagina Monologues and I ended up becoming super passionate about girls and women. That same year, I hosted a TV show on the red carpet. All of a sudden, it was this idea: how do we converse about things that matter? I sat down with six girls on campus and said, "We have a lot of conversations about things that don't matter: clothes and shoes and boys and gossip and movies, and it's awesome. But what if, once a week, we had conversations about things that did? Would that interest you? Would you come?" Those six girls showed up, and six weeks later, we had 347 girls showing up. They transcended stereotypes: this was sorority girls and athletes and goth girls and girls that were international students. It was right then that it dawned on me. We are a generation ironically criticized for being the most entitled generation that's ever existed, but my God, are we a generation that actually believes that we can change the world.

I think it takes that level of bravado to actually believe that you can be the solution to all of today's problems, while simultaneously recognizing the power of the entertainment industry. How do we make girl empowerment sexy? How do we make that cool to where we redefine what it means to be popular? Looking around, I saw a lot of girl's and women's organizations — I just didn't see anything that I felt at home at. I remember looking around, like, wait, where do the cool girls hang out? Where's that club? So I thought, what the hell? I guess I'll have to start it.

PS: What advice do you have for professional women like our readers who also want to make a difference?

AJ: Manifest a way in which you get to make money doing what you love. I just spoke at Harvard Business School to all these women, and I was just saying that there's no reason why you shouldn't be able to turn your passion and your desire to contribute to the world into your profession. It's just the willingness to think outside of the box and the willingness to get creative with what you want to do. I joke all the time that I totally made my job up and now I just get paid to do this for a living.

But the other thing is don't be afraid to reach out to other organizations that are already doing what you love. Because if you're not interested in starting your own nonprofit, I don't think that it needs to stop anyone from being involved in what they're passionate about. It's easy to ask someone, "Hey there's this awesome opportunity at a local church or this local homeless shelter, and we could go do that for two hours." I think people would be surprised how often their friends would get on board to do things like that, just like, "Let's go grab coffee." It's really a cool bonding adventure, and you would be surprised how many of your girlfriends would follow suit.

PS: What's one thing we can all do today to help empower women?

AJ: Love yourself a little more. Women so often want to save everybody else. We're willing to bend over backward. With my girlfriends, all the time I say, "It's unbelievable how much better I am to you than I am to myself." And if they called themselves fat, I would call them out and say, "That's ridiculous! You're amazing!" Yet there's this negative talk inside my own head, and I think before we have the audacity to love and support, empower and encourage and inspire other women, that we have to be that for ourselves because it makes us exponentially more powerful, exponentially more full to really give the women in our lives what they need as far as support goes. 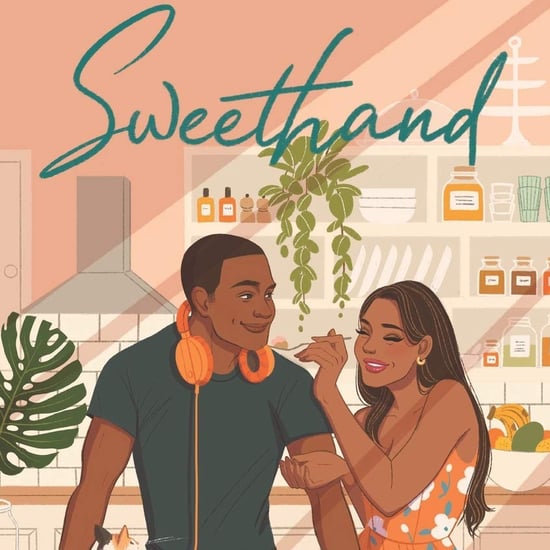 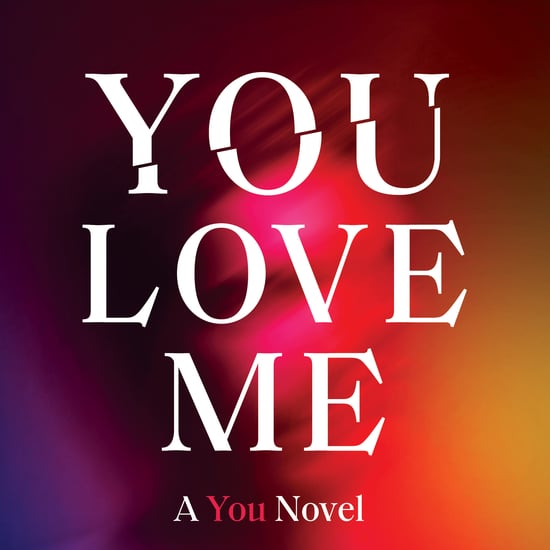 Books
You Love Me Author Caroline Kepnes Is Joining POPSUGAR Book Club For a Live Q&A!
by Kelsie Gibson 4 days ago