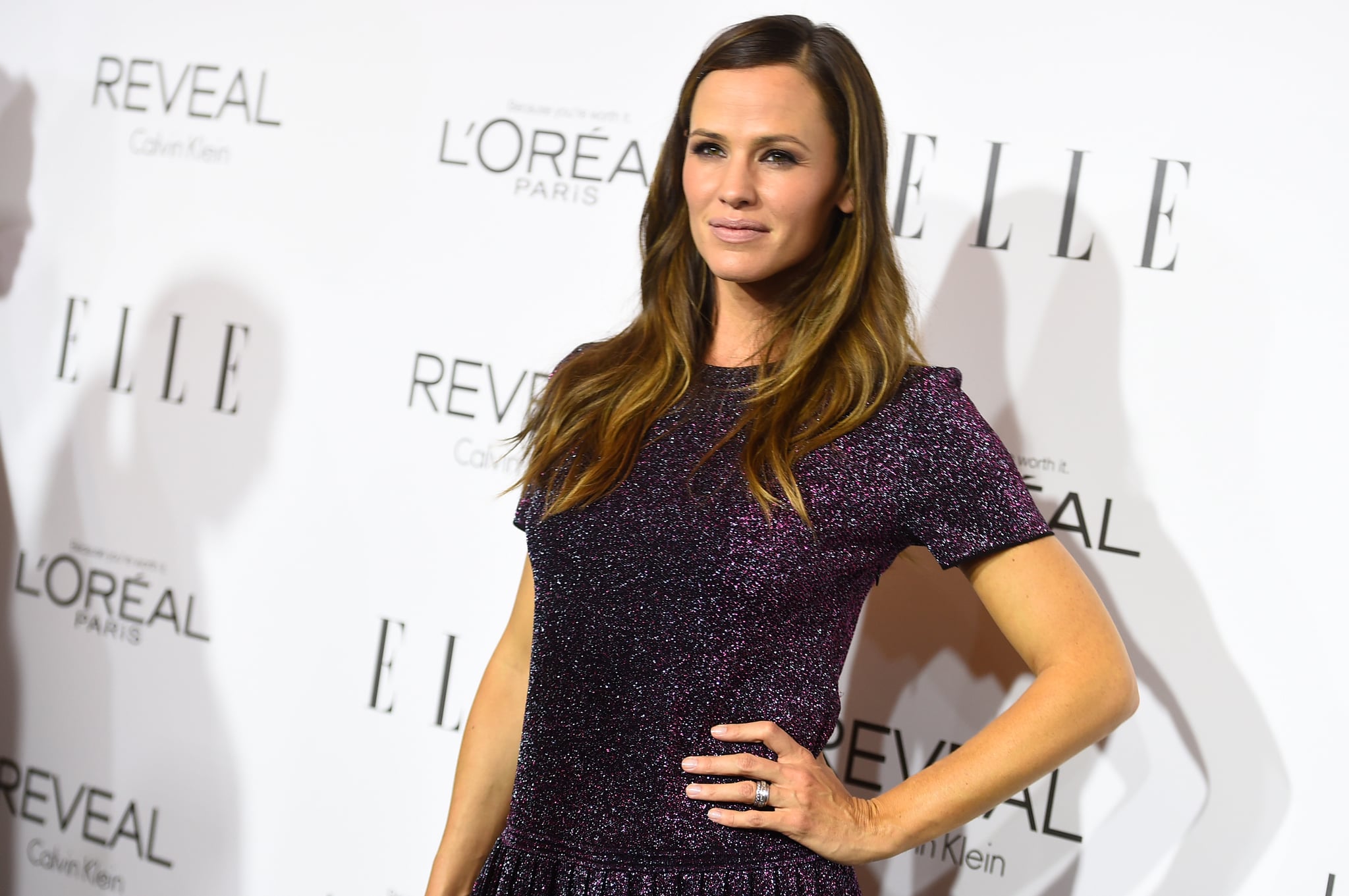 "My husband and I do kind of the same job — a little bit," actress Jennifer Garner explained at Elle's Women in Hollywood event Monday night. The honoree was setting up a funny story about her husband, Ben Affleck, that captures gender inequality perfectly. Although the parents of three are both successful actors, they aren't treated the same professionally. She explained:

"Not long ago we both had one of those magical days which we call a junket, where we both attended these lovely events where people come in every four minutes and they ask the same questions. I told him every single person who interviewed me — and I mean every single one . . . asked me: 'How do you balance work and family?'

Do you think they asked Ben that? Of course not. They wanted to know about his Gone Girl costar, Emily Ratajkowski, who also starred in the nude music video for "Blurred Lines." Jen explained:

"[Ben] said the only thing anyone asked him repeatedly was about the tits on the 'Blurred Lines' girl! We're talking about them — they are real and they are fabulous and everyone should take a look and enjoy. As for work-life balance, he said that no one asked him about it that day. As a matter of fact, no one had ever asked him about it. Not once."