Don't miss this spellbinding saga that transcends all erotica boundaries and melds mystery with glamour and boundary-shattering sex with pure and simple romance in a spine-chilling and unforgettable novel. 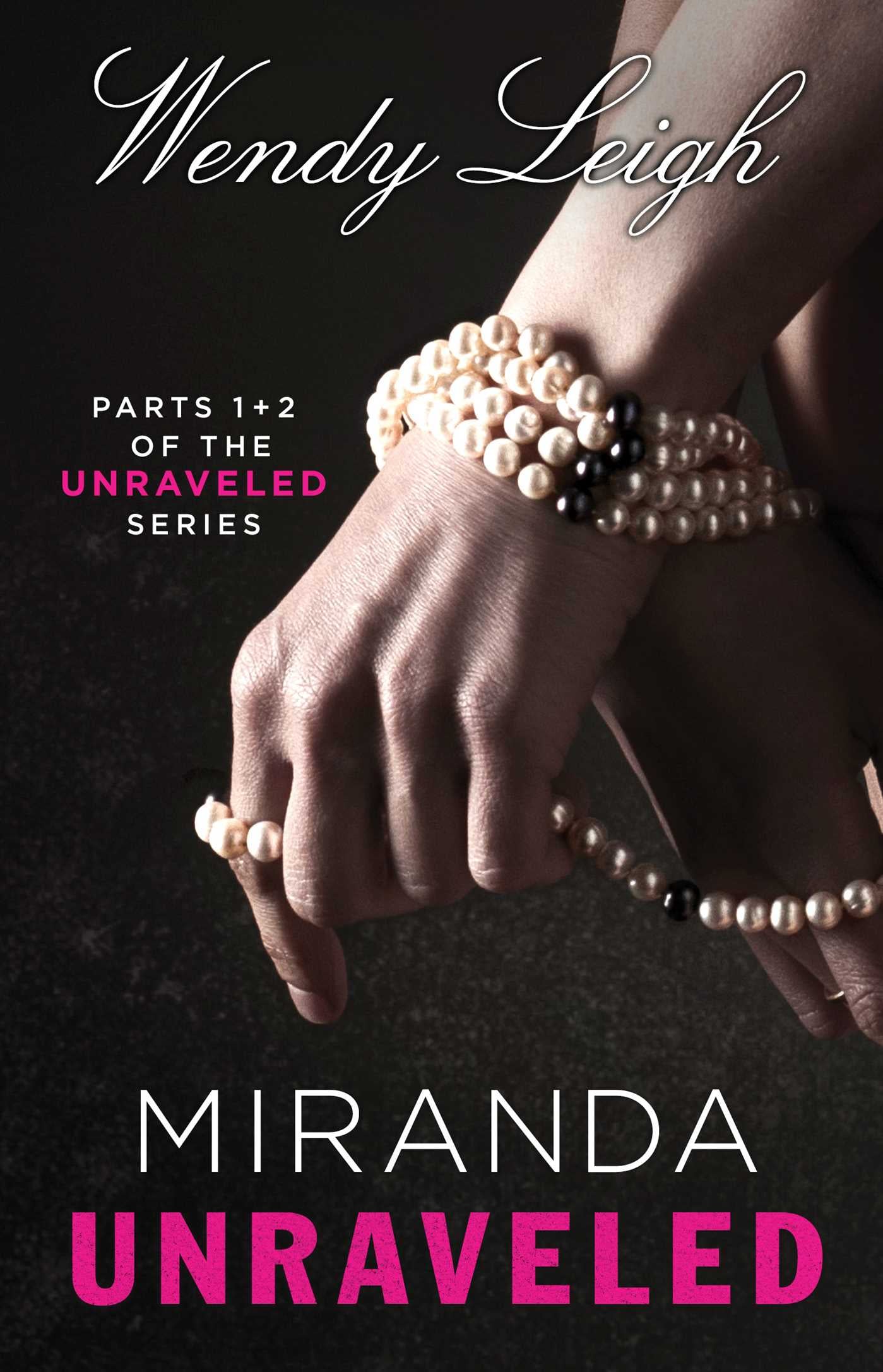 I meet Robert Hartwell's eyes and hold his gaze, determined not to flinch."You've had your way, Mr. Hartwell. Now will you please explain why getting it meant so much to you?"

"Ah, but I always insist on having my way, Miss Stone, and you should know that about me," he says, and gives me a conquering smile so powerful that I feel as if he is about to invade my thoughts, my heart, my body, and occupy all of me forever. And the deepest, most secret part of me can't wait to surrender to his relentless conquest of me. But I'm not ready to let him know that yet.

"Remind me never to play poker with you, Miss Stone," he adds, when he realizes I am not about to react to his statement.

"As this is the last time we shall be playing a game together, Mr. Hartwell, I think you ought to put all your cards on the table," I say.

He smiles his devastatingly seductive smile.

"Very well, Miss Stone. This once, I shall allow you to win. I summoned you to Hartwell Castle to read Unraveled to me out loud because I knew that if you obeyed me, I would enjoy it immensely."

His answer is to take both my hands in his and squeeze them. "Exactly, Miss Stone," he says, and squeezes even harder.

I make no attempt to free my hands from his iron grip because I truly don't want to.

He increases the pressure, then gives me his hypnotic stare again, as if he can see into the heart of me.

At that moment, I almost believe that he can.

"No reaction, Miss Stone?" he says, watching me intently. Then he lets go of my hand."Not so fast, Mr. Hartwell, I'm not ready yet," I say.

"Don't play games with me, Miss Stone. I only play games of my own choosing," he says, and it's as if all the air in the restaurant has been sucked dry by his menace.

So we spend the next five minutes staring at each other in a Mexican standoff.

To my surprise, he is the first to break the silence between us.

"Tell me the truth, Miss Stone. Is your novel the product of your overactive imagination? Or is it autobiographical?" he says.

"I'll answer that question, Mr. Hartwell, if you agree to answer another one of mine," I say, playing for time.

"Listen carefully, Miss Stone: I never negotiate. Not with anyone," he says.

"And I don't plead with anyone either, Mr. Hartwell," I say.

"I wouldn't bet on it," he says with a chuckle, which spurs me on.

So I ask the question which, now that he has made his dominance crystal clear to me, is foremost in my mind.

"As you are obviously a dedicated dominant, Mr. Hartwell, why did you marry Lady Georgiana, who clearly wasn't in the least bit submissive?" I say, then hold my breath.

"What gives you the impression that she wasn't, Miss Stone?" he says.

"Because she was a strong, determined, and independent woman," I say.

"Have you looked in the mirror recently, Miss Stone?" he says.

I blush scarlet, because he is right.

For as much as I know about submission, I know one thing: a woman who is submissive in bed can be strong and assertive out of it.

"The truth is that from the very first day I met Georgiana, she was submissive to me," he says, and in his eyes, I see memories so romantic, so passionate that I know I can never compete with them.

We gaze at each other, and as I revel in the reflection of the white heat of his passion for me, and the iron hardness of his c*ck, a wave of ecstasy surges through me.

Then he grabs me by the waist, hard, so hard that for a second I cringe, and then he moves me backward and forward, only a fraction, while my arms are still behind my neck and my breasts are rammed against his chest.

Just when I feel that his c*ck has swollen even bigger inside me, he stops suddenly.

In a swift, abrupt movement, he pulls down the front of my corset so that my breasts are free.

"Look up, Miranda," he says, and I see the reflection of myself in the mirror above me, and my breasts are engorged and enormous.

"Now f*ck me, f*ck me hard, f*ck me so that you really feel it," he says, and he grabs me around the waist and moves me up and down, down and up, deep and fast as if I were a jackhammer.

While all the time, reflected in the mirror, my breasts bounce from side to side and I blush scarlet with embarrassment.

"Ashamed of how beautiful they look?" he says, and I nod.

"Well, you shouldn't be," he says, and pulls me forward so that my breasts are in his face. While he f*cks me harder and faster than before, he sucks on each of my nipples as if the meaning of life itself flows from them.

Then he sits me up, wraps his arms around my ass, and moves me up and down on his c*ck again.

I revel in every thrust, every movement he makes, but as hard as he is f*cking me, as deep and as fast, I still can't get accustomed to the control this position gives me over him.

And I'm not in the least bit sure that I really like it.

Just as I am in the process of admitting to myself that I don't, he pulls out of me, flips me over on my stomach, and then f*cks me from behind, just the way I like it—no, love it. And as he does, I see his reflection in the mirror and watch his every movement, transfixed.

The power behind his thrusts, the flexing of the muscles in his thighs, the concentration in his dark green eyes as he judges each movement, each thrust, and monitors my reaction to each and every one of them, are mesmeric.

"Look at yourself in the mirror, Miranda, look how flushed your breasts are, how big your eyes are, how beautiful your body is," he says.

But for once in my life, I find that I am unable to obey him, and I don't look at myself in the mirror.

Because as much as I want to obey him, all I really want to do, all that I will ever want to do when I'm in this position and he is behind me, f*cking me as if his life depended on it, is gaze at his reflection in the mirror, and worship it with all my heart, soul, mind, and body, to thank God that I'm here, with him, and that he's f*cking me with so much heart and power and passion.

"I only want to look at you, Robert, only you," I say, and with a last and final thrust, he comes inside me with a roar so loud, so naked that I know at last that his passion for me is equal to mine for him, and I come, too, wildly, wantonly, moaning and in the throes of a world-class orgasm.

Get Miranda Unraveled, and check out more great content on XOXO After Dark: 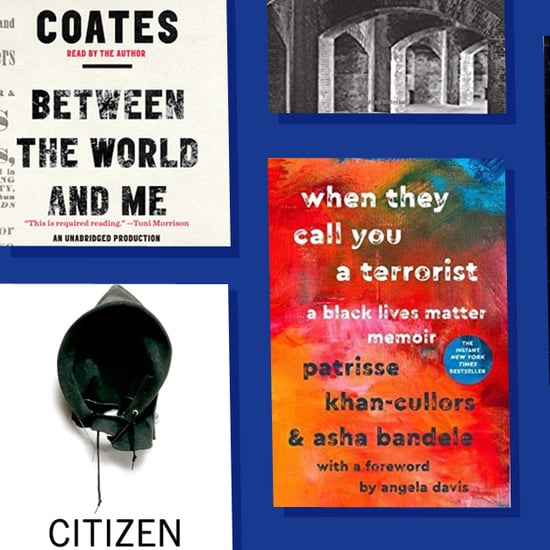 Books
Make Room in Your TBR Pile, Because These 25 Books Coming Out in June Deserve a Spot
by Sabienna Bowman 1 day ago