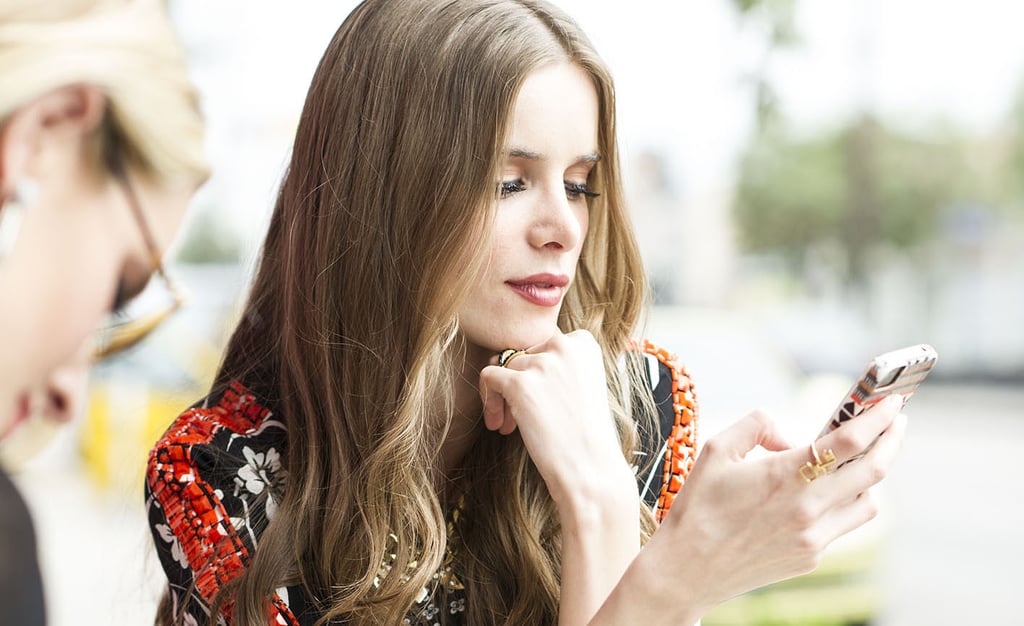 If you're willing to go to great lengths to optimize your online dating profile, the first step may be changing your name. A study by the dating app The Grade just found that a name can make a real difference in how many left and right swipes its users get. Seven out of 10 guys swipe right to Brianna, the most popular female name tested, while less than three in 10 pick the 87th most popular, Tiffany. (The average is five in 10.) Guys' names can also make or break their profiles, with 24 percent of women swiping right to Bretts and only 3 percent swiping right to Joels, compared to an average of 15 percent. Turns out a rose by any other name does not smell as sweet.

I was pretty perplexed by this data. Personally, I dislike the name Brett — it sounds too preppy for my taste — and love the name Tiffany. Perhaps "Tiffany" sounds too innocent to some guys, like someone who would wear a delicate Tiffany's necklace? I'm speculating here. A representative from The Grade tells me they're not surprised certain names are considered hotter than others but also at a loss as to why people prefer the names they do.

Even more baffling was that someone's name actually affects which names they match with.

Bretts are most likely to match with Jessicas, Briannas end up with Seans, Jennifers favor Tylers, and Joes choose Erikas. Speaking of Erikas, they earn right swipes from almost seven out of 10 guys, while Ericas spelled with a C are only selected by about half of guys on the app. The difference between Rebeccas and Beckys was even starker, with nearly 60 percent of guys swiping full name but only 22.5 percent swiping right to the nickname.

This study proves how arbitrary our online dating decisions can be. Many of us evaluate profiles in just seconds, so it's superficial information like photos and names that have the most sway in our swipes. Maybe it's time to slow down and take more important qualities into consideration. After all, I doubt the names of the people we date are actually important once we're with them in person.

Another lesson we can learn from this data is that we shouldn't take others' online dating decisions personally. If you're not getting as many matches as you'd like, maybe it's not you. Maybe it's other people's arbitrary associations with your name. So don't blame yourself — blame your parents for how they named you.

If you have one of the names below, on the other hand, you should probably join The Grade. For whatever reason, its users love people like you.

Healthy Living
Acupuncture Could Give Your Libido an Unexpected, but Effective, Boost — Here's How
by Victoria Moorhouse 1 week ago

Sex
How Shan Boodram, a Black Sexologist, Is Changing the Narrative Around Sex For Young Women
by Ayana Herndon 1 week ago