Elia Winters's spicy story Playing Knotty centers on indie bookstore owner Emma, who agrees to let an old acquaintance — and onetime crush — Ian host a bondage workshop in her back office. But when Emma ends up modeling for the workshop, their relationship quickly becomes more than professional . . .

For more on this steamy novel, visit XOXO After Dark! 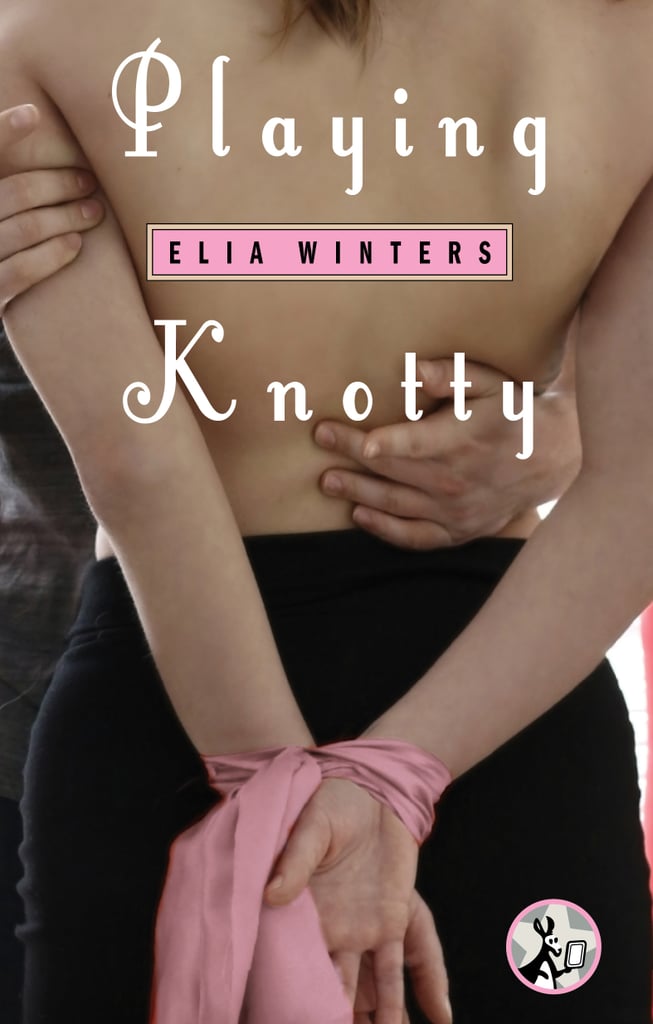 Emma lay back, staring up at the drop ceiling of her workroom, her hands beginning to sweat. She pressed them to her pants to dry them. Then Ian's hands were on her ankle, right where her pants had ridden up, and she couldn't look at him, could only stare up at the ceiling as she felt rope snug up around each ankle and thanked her lucky stars she had thought to shave her legs on a whim this morning, just in case.

Ian began giving instructions for how to wrap the rope, first around the ankles, as he had done, then around the wrists, where to apply reverse tensioning, where to cinch it, but she didn't listen. All she could do was focus on the sensation of her wrists being bound snugly again. She was taking short little breaths that she tried to calm, but when he cinched the first side, her wrist and forearm now firmly bound to her ankle and shin, she nearly started panting. Oh God, the ropes were so tight. They didn't hurt, but they didn't leave her any room to move. She felt Ian sit down in the space between her legs to finish the tie, his hips pressing against her ass. She would not squirm. She would not squirm. She would not, absolutely not, press her hips up against his and imagine this position with substantially less clothing. Her eyes were closed; when had she closed them? It didn't matter. She wanted to sink into this sensation, especially as he pulled the last rope tight, leaving her completely immobile.

"You okay for a minute, Emma?"

Emma opened her eyes, blinking in the suddenly bright light at Ian's face smiling down at her. She nodded and forced a smile in return. Then he left her field of vision, and she could hear him walking around the room, surveying, supervising, offering pointers as he had done before. She closed her eyes again and tried to move, just enough to have the feeling that she couldn't move. The ropes felt smooth and snug against her skin, abrading only a bit as she twisted her hands back and forth. She had apparently become the type of person with a favorite bondage position. . . and it was this one.

"How do you want this?" He reached down and rubbed her clit again, slicking her wetness over her folds.

How was she supposed to talk with him doing that? "I—I don't care. Just—now, please."

His smile flashed white in the darkness. "All right." He reached under her *ss and pulled her down the bed, hips sliding up onto his thighs where he was kneeling. Emma flushed; this position left her so exposed, her hips angled up to him. He took his c*ck in hand and pressed it to her folds, shifting forward a bit, kneeling up off his heels to push the head inside.

When she heard him chuckle, she realized she'd said it out loud. "You okay?"

He was thick, and it had been a while, and his c*ck felt like it was going to fill every inch of her. He shifted forward slightly, holding the base of his shaft as he guided it all the way into her.

The depth of penetration made Emma's head swim. The angle meant he was pressing upward inside her, and every subtle shift of his hips hit her G-spot with perfect precision. She wrapped her legs up and over his hips as he began to rock, the head of his c*ck gliding back and forth right where she wanted it.

"How's this feel?" His voice sounded strained, and Emma nodded and moaned as another push made the pleasure rush right through her. "God, you're so tight." He began to rub her clit again, and Emma couldn't really move, so she gripped the bedsheets and held on. Used to having to control her own pleasure, she took only a minute to realize he was going to make her come like this, with her doing nothing but taking it. Even though she wasn't tied up, she felt helpless, unable to even thrust back against him.

"That's right." He rocked harder, still buried deep inside her, and she felt the pleasure building faster than she'd known it could. "Tying you up tonight, Em . . . F*ck, I wanted— I wanted you like this, just like this." His words made her clench down around him, and he groaned. "You're so goddamn hot with those ropes . . . God, I want to see you come."

She whimpered, actually whimpered, and it was as much from his words as what he was doing. A few more thrusts, his hips working faster, c*ck rubbing in short, fierce strokes inside her, and her orgasm was torn out of her as she cried out and arched up off the bed. The white-hot pleasure bloomed throughout her body, spreading outward until even her fingers and toes tingled with it, and she collapsed back onto the mattress.

Get Playing Knotty here, and check out more great content on XOXO After Dark:

Enhancing the Senses While Writing (and Reading) With Mina Vaughn
Tangled Author Emma Chase, on What Makes a Sex Scene Really Sing!

Sex
I Lost My Mom 2 Years Ago, and My Grief Killed My Sex Drive
by Adele Stewart 1 week ago