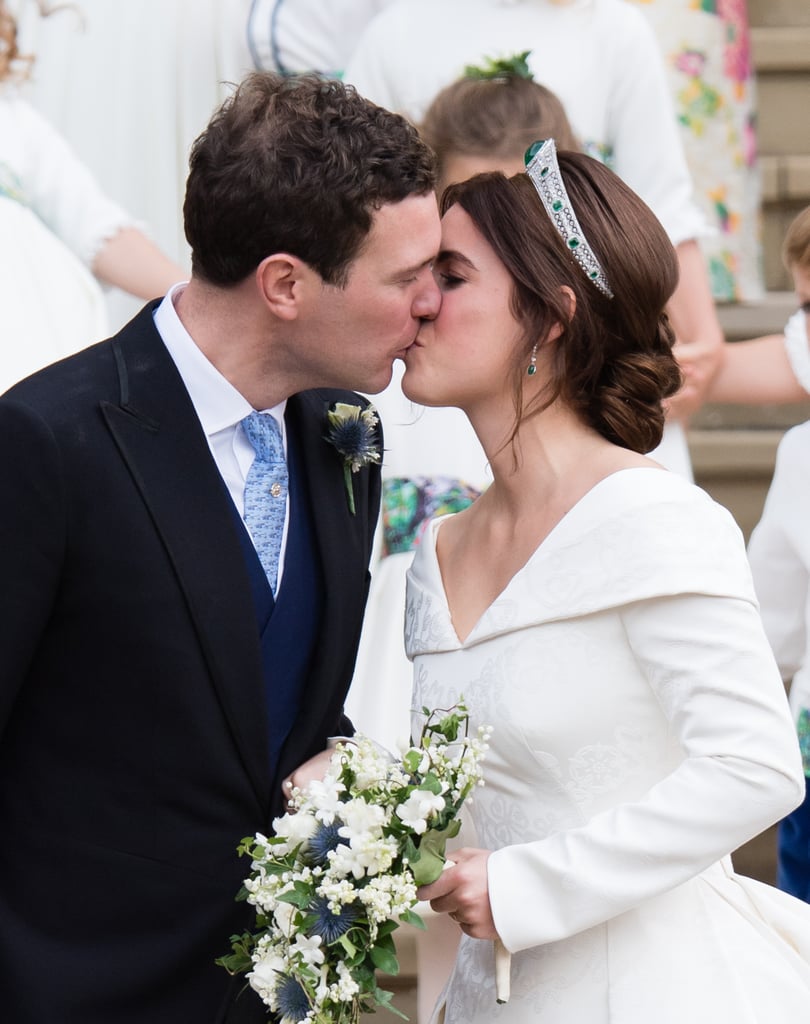 Princess Eugenie's something blue was hiding in her bouquet! At her wedding to Jack Brooksbank on Oct. 11 at Windsor Castle's St. George's Chapel, the royal carried a crisp white bouquet with blue thistle, which contrasted the autumnal flowers that decorated the chapel.

Though the bouquet followed tradition, the pop of color was a nice touch. Florist Amelia Christoffers broke down its significance to the Evening Standard. "Princess Eugenie's bouquet has followed the traditional royal line of white, sweet-smelling British flowers with plush green foliage, but with an added twist," she said. "Perhaps as a nod to her Scottish heritage, her beautiful arrangement includes blue thistle, which adds a contemporary pop of color and personality."

In addition, Eugenie included a sprig of myrtle, which comes from a long tradition started by Queen Victoria in the 19th century. As it's told, the then queen planted a myrtle shrub shortly after her wedding, and royals have since picked myrtle from that same shrub for their nuptials. Ahead, look at pictures of Eugenie's elegant bouquet.

Related:
Yes, Wind! Everybody Lost Their Hats at the Royal Wedding — and It Was Comedy Gold
Previous Next Start Slideshow
The RoyalsCelebrity WeddingsWeddingPrincess EugenieBouquetsJack BrooksbankThe British Royals

The Royals
Looking Back at Queen Elizabeth II and Prince Philip's Honeymoon, Nearly 74 Years Later
by Allie Merriam 6 hours ago