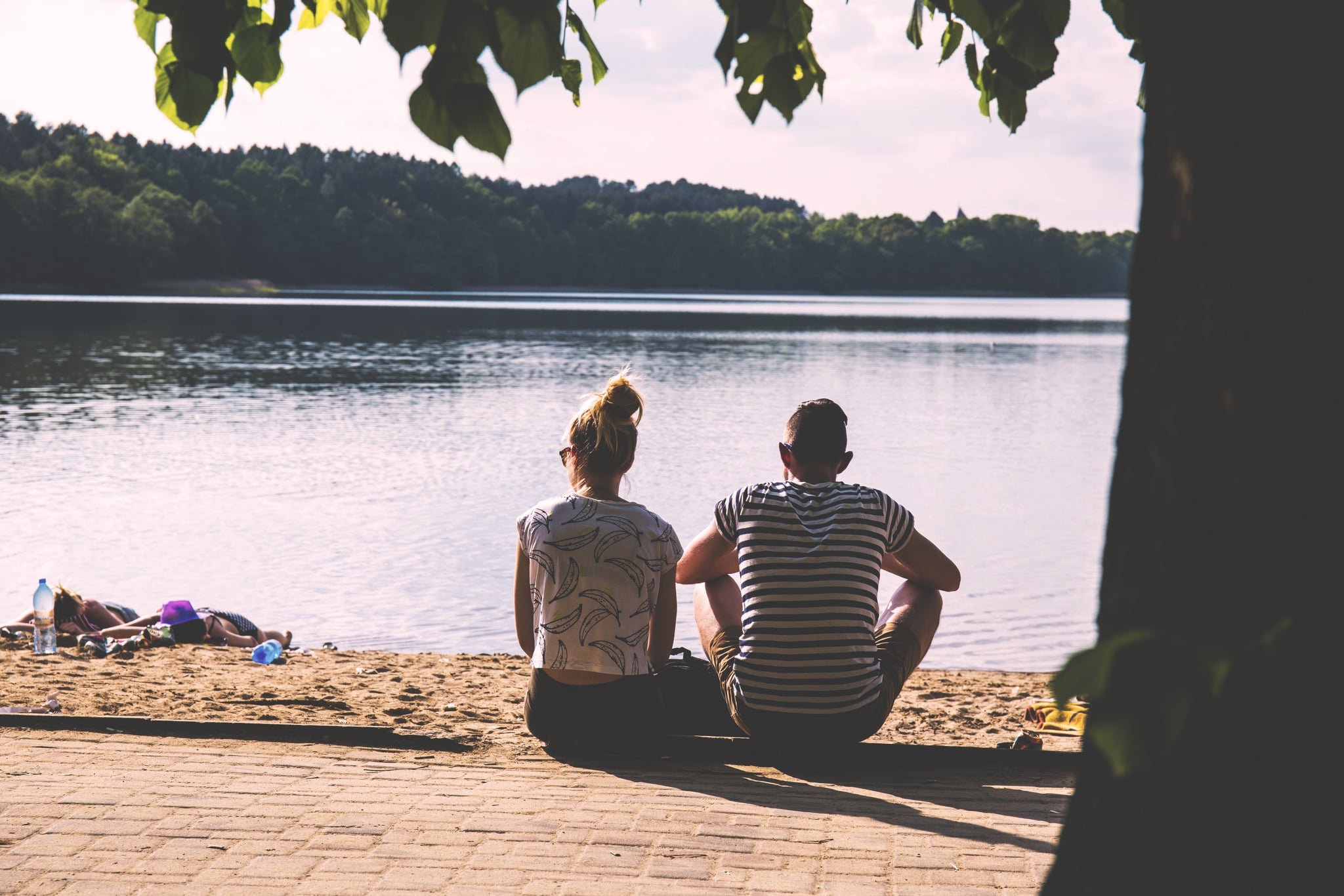 I have had my fair share of bad first dates — I could probably write a full-length novel comparable to the size of Bible.

But in all the first dates I've been on — almost all of which have been laughably unsuccessful — I have learned a lot. I mean, like, a lot. I've become an encyclopedia of reasons not to accept a second date with someone. Now, I'm willing to admit that I am picky. But I am never picky without a reason, and that reason is always good. And in my time being picky, I have learned that there are qualities that, by universal truth, would make someone a sh*tty significant other. Have I made it far enough into relationships with these guys to call them my boyfriends? Absolutely not. But red flags are red flags, and I consider my method of avoiding men who have let their red flags fly to just be about the best method of damage control that one can do.

Most recently, I started talking to this guy I met at a bar. And for once, I told myself that I wasn't going to cut him off just based on a bad feeling I had. So the two weeks that we spent talking were awesome, of course, because just like the start of every relationship the beginning is perfect and not because you haven't seen what makes them a terrible person, but because you're so googly eyed and star-struck that you're willing to forgive all these awful qualities because this person gives you ample attention and, let's all face it, that's the best part of a relationship in its brand-new stages.

But then I actually got to the point where I was telling my girlfriends about this guy — and after voicing my concerns and literally talking about this guy out loud, I realized that I really needed to listen to the red flags that I enthusiastically breezed past before just because I wanted this guy to keep calling me pretty. But I can call myself pretty, and I needed to dump him.

1. He says things that are degrading to women but, like, just in passing

This guy that I most recently dumped would refer to me as his "call girl." We hadn't even started having sex yet. (Spoiler alert: we never had sex. Ever.) It was like it was his creepy version of a pet name or something. When I told him I didn't like him calling me that, he told me that I should have a better sense of humor. Um, excuse me, Mr. Poop Emoji, but I have a great sense of humor, just no tolerance for behavior that foreshadows an entire relationship reminiscent of a 17th century Puritan guide to marriage.

2. He claims he never even liked the girl he dated for two years

I was on a date with a guy who said this as if it was something he was proud of. So you just strung someone along for two years and made her think that you loved her — for what? Sex? Fun? Providing a red flag for the next girl that comes along? If a guy says this, he is 1) definitely lying, because that's just illogical and 2) not exactly a winning point for his emotional stability.

3. Or talks poorly about any exes in general

We all talk smack about our exes. But on the first date? Anytime someone brings up a past relationship out of context on a first date, that's usually a sign that the ex is on their mind . . . meaning he probably isn't over her. But talking badly about an ex shows that this person is not even focused on the date that they're having with you! And you're awesome! And deserve their attention!

4. They say something racist, and when you call them out, they try to justify it

I have never been on a date with someone that revealed their blatant racist tendencies on date number one. The operative word there being "blatant." I have, however, been on dates with guys that have asked if I've ever been with black guys, guys that have asked what "Mexican d*ck" is like, and guys that have bragged about having sex with nonwhite women as if it were some sort of novelty.

5. They're stingy as hell

I have no problem splitting the bill on the first date. For Pete's sake, I have no problem paying the entire bill if I think the guy is worth it. I always offer to split, no matter what. The whole "men-pay-on-the-first-date" thing is outdated and makes no sense. And sure, most of the guys I've dated have insisted on paying (and my broke ass won't complain), but I don't look at the guys that want to split any differently. Money is tight! I get it! But I once went on a date where I ordered two tacos and a beer, as the guy I was with got an appetizer I had no interest in, a meal twice the cost of mine, three drinks, and ice cream after I had said during the date that I don't eat dairy because it makes my skin break out, and when the bill came, he said "I had a lot more than you, but do you want to just go 50/50?" There wasn't a next time.

6. They get pushy when it comes to sex

7. They don't treat the bartender or waiter with respect

Maybe he says something downright rude, maybe he talks down to them even though they have total power to spit in his food. Or, maybe, he tells the waitress straight out that her service was subpar after she's been nothing but pleasant and thus he thinks he deserves a free beer and that no, sorry, he won't be leaving a tip. In that case, you should run. After, of course, leaving an awesome tip to compensate and a note on the receipt apologizing to the waitress and explaining that you met this man on Tinder during a drunken night with your girls that included more wine than pizza, blurring your judgment and that this man is certainly not getting a second date. Unfortunately, yes, I had to do this.

8. They want to move hella quick

If you're on a date with someone who is trying to move at a pace that seems unwarranted, they might be trying to get into a relationship for all the wrong reasons. It's also a pretty good indicator that you two just aren't on the same page. I once dated a guy who called me "babe" after our first date, post-coitus. I was so disgusted I didn't even hang around his apartment long enough to cop a midnight snack from the fridge after he went to sleep.

9. They get weirdly controlling over you

I'm pretty upfront with everyone I date, even if it isn't serious. So, when I was talking to a guy super casually but I had sex with someone else, I told the guy that I was talking to that I slept with someone. And look, I didn't owe this guy monogamy. We hardly knew each other. He had even made it very clear to me that he didn't want a serious relationship and I wasn't going to be his girlfriend. But I figured I at least owed him honesty.

He handled it like a child. He got super upset and said that I had been a waste of time, after he had been the one who told me that he didn't want a relationship with me. He got really controlling, called me a "loose cannon" in such a way that emphasized the word "loose," and said that he didn't want to have to deal with a drunk girl who sleeps with the first guy she sees when she puts on her beer goggles.

If someone is controlling over you in the first week of what might end up to be a relationship, I don't even want to think about what they'll be like when they call you their significant other.

10. You met him when he was lurking around the Spin studio

OK, look, I'm all about men doing things that are typically considered feminine, like Spin or yoga or painting classes or whatever, but if this guy is a lurker, he might just be doing activities geared toward women with the sole intention of picking up women.

I once put my sweatshirt next to my bike before class (because it was hot and where else do you put your stuff?), and within about 20 seconds, a guy came up and handed it to me. When he started to prompt conversation by leaning on my bike and asking why he had never seen me at this particular Spin class before, I put my sweatshirt exactly where I put it the first time and told him that it was because usually it's dark enough that no one has to look at me. These guys are just creeps.