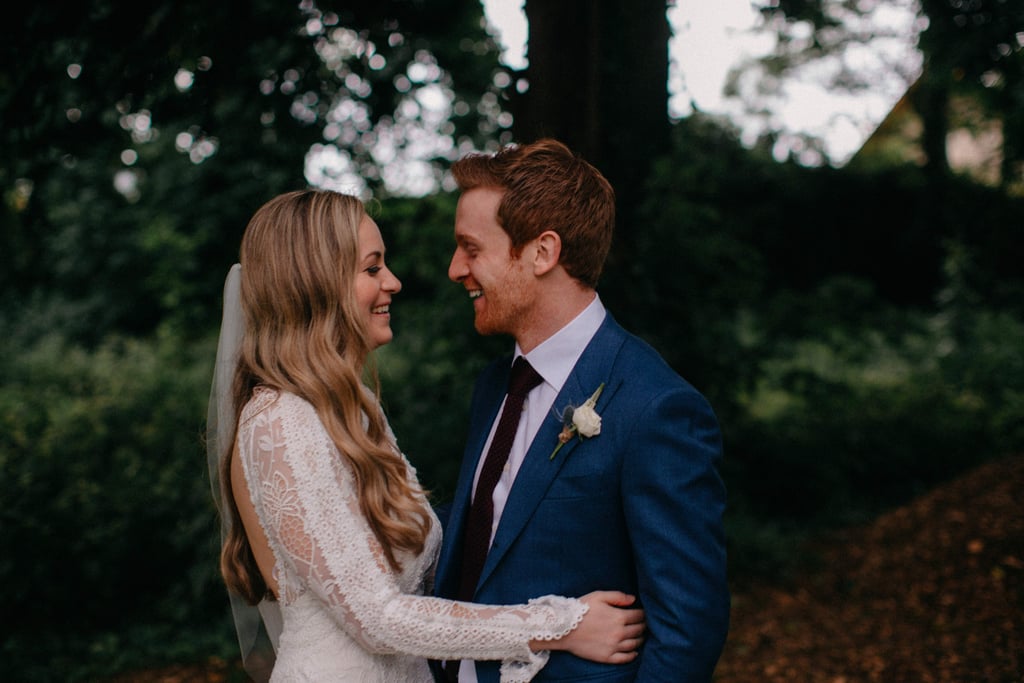 This Couple's Love Story Began in Ireland, So They Decided to Go Back For Their Wedding

Plenty of couples opt for a destination wedding for various reasons, whether it's cutting down costs (honeymoon and wedding in one!) or purely for an unforgettable experience. But Caitlin and Ultan decided to tie the knot in Ireland because that's where their love story originated.

Shortly after graduating from college in 2010, Caitlin packed up her life and moved to Ireland as soon as she learned she had gotten accepted to grad school in Galway. She had studied abroad there during her junior year and instantly fell in love with the country. Another American girl getting her master's introduced Caitlin to Ultan, who happened to be in the same class. The two immediately had crushes on each other, but Caitlin was dating someone else at the time. A few months later when she became single, they got together instantly.

Fast forward to the proposal on Ultan's 30th birthday in New York City, where the couple eventually moved together. "Since we met and fell in love in Ireland, I was expecting him to do it there during one of our many trips back, but when he hadn't, I figured it just wouldn't happen for a bit," Caitlin told us. But on the night of his birthday, Ultan took her to the High Line, where they enjoyed an amazing view of the city with nobody else around.

"He got down on one knee out of nowhere (I was so surprised and caught off guard!) and said he fell in love with me in Ireland, but we moved to New York together and conquered such a hard city together that he wanted to honor that," Caitlin said. "He also said he gave himself the best birthday present."

Since Ireland has been such a special place in their relationship, the two knew they wanted to get married there. It only made sense, especially with Ultan having such a huge family, including 10 siblings! It also didn't hurt that all of Caitlin's family and friends wanted to attend an Irish wedding. They held their wedding at Cloughjordan House in Co. Tipperary, a beautiful country house in a picturesque Irish village. Earthy green, cream, and peach colors made up the decor of their ceremony and reception, which they wanted to keep rustic and relaxed.

Caitlin recalls her favorite moment of their big day being during the ceremony. "Ultan's mother passed away last October, and his dad passed away when Ultan was 17," she said. "Our celebrant was speaking about them and at that very moment, the clouds parted and the sun beamed down on us through the trees. Everyone looked up and felt the same thing: they were there. It was such an emotional and beautiful moment that we'll never forget."

See their gorgeous photos ahead!

Related:
This Intimate Wedding in the Tuscan Hills of Italy Is the Definition of Romantico
Previous Next Start Slideshow
WeddingReal Weddings