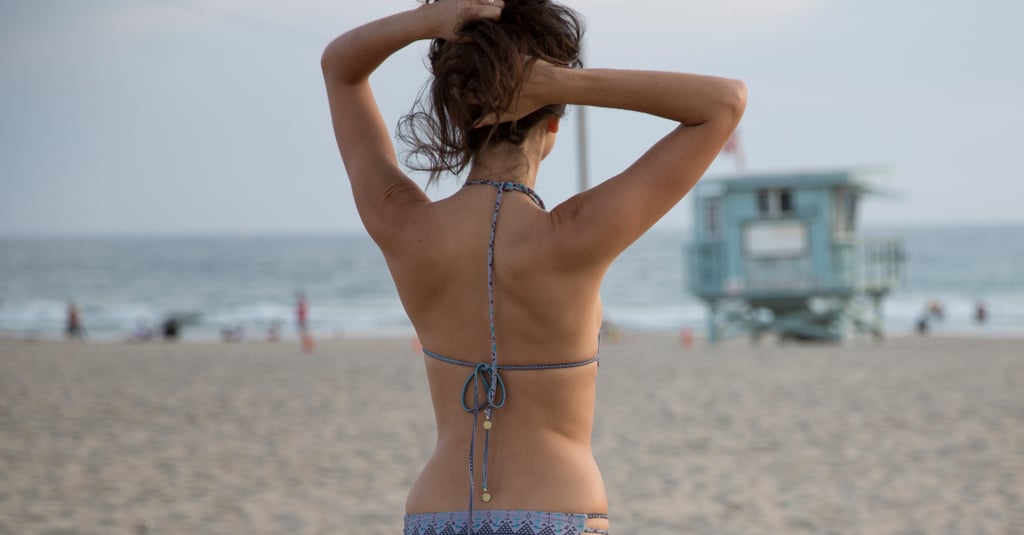 Source: POPSUGAR Photography / THEM TOO

Carrying around two comically sized fun-bags on your chest doesn't exactly qualify you to be a circus freak, and yet. Here I was again, being treated like a freaking anomaly.

I had returned to campus for my sophomore year of college, several cup sizes smaller, and with a quiet air of confidence. I had done it all — the big slice and dice — and I had also conquered my wariness of beaches that Summer (like Danny Castellano before me, I fear the ocean out of respect). Nobody thought I would make good on the threats I repeated like a mantra for the entirety of my freshman year: "I'm getting a breast reduction this Summer. When I come back, I'm going to be, like, adolescent-boy flat chested. Also, I'll never drink Malibu again." The men on campus, my acquaintances and some of my friends, chastised me upon my return. They lamented my decision, and I was barraged with a flurry of whys. For some reason, they didn't get that my body had nothing to do with them.

In some ways, my breasts reduced me to a sexual object by the time I was 13, which is about when I was sure I'd be wanting a reduction. I was sexualized way before I could even conceive of the notion of being sexualized. In my mind, sex and being sexy was a vague, intangible notion that was kind of covered in She's All That but was otherwise a mystery to me. Call me a late bloomer, maybe. But the unwanted attention was a tough break: while I started out loving my body and having confidence in the idea that I was different and/or special (thanks, Mom!), I soon grew bitter and uncomfortable with the way that everyone else made me feel about it. As if I, Rachael, was secondary to them, Messrs. Siegfried and Roy (I affectionately nicknamed my duo after famous duos. Other considerations were Ben and Jerry, or Flotsam and Jetsam, those two evil eels from The Little Mermaid).

Everyone — again ignoring that my body was none of their business, while I was too young and too naive to really understand that notion — held my breasts as a source of fascination. Adolescent males, for sure; but the rest of my peers, and my family too. I grew resentful and eventually found a weird sort of comfort in the constant, everyday humiliation. If a day went by without someone making a crude or seemingly innocent comment, or without me being poked or prodded, I felt lucky for sure, but no huge relief. That was my normal. By the time I started high school, I was roughly a 32DD. Likely bigger. Shopping was an intensely anxiety-inducing experience. I regularly cried in the dressing rooms of Forever 21 before giving up completely. Friends were wary of letting me borrow shirts, lest I stretch the slogans on their ironic tees into oblivion. And my god, I wore so many windbreakers.

As Sig and Roy grew and grew, and wouldn't stop growing, I knew I would seek out a reduction as soon as I could. I knew, even when I was 13, that having a breast reduction would help me feel like my body was mine, and not just a weird, disproportionate cage that everyone thought they had dibs on. In my mind, it was a way of ensuring that I would ever be known by anything other than my cup size like, say, my dazzling wit, or very serious, very long-term addiction to any and all of The Sims games. And also, and maybe most importantly, it was a way of reminding myself that they didn't define me, and a way of telling everyone else to go f*ck off and mind their own business. I dreamed of finally being free of the skin cage that I was living in.

A few days before the surgery, my friends threw me a Boob Going Away Party™, because I'm a monster who wanted to bid farewell to my comically sized fun-bags, and my friends obliged because they're, like, really good humans. There's still a picture floating around of me attacking a huge boob-shaped piñata with a yellow, peeling plastic bat. I look terrifying because I was all in, but I also remember brimming with excitement. My day had finally come. Also the piñata was filled with Jolly Ranchers, which I LOVE.

When the bandages were finally peeled off, and I saw my boobs anew, I was taken aback — what was now bruised, swollen, and grossly misshapen were the breasts I had always wanted. I was also pretty shocked by the fact that I apparently had a torso all these years that I was missing. I cried tears of joy. Then I barfed in my mother's bathroom sink because I was superhigh on morphine and hadn't eaten all day.

My body has changed in the eight years since, but I still feel like I made the right choice. The best choice. Whereas once, they ruled my every thought, like getting dressed in a way that would avoid speculation or comment from clueless strangers, it's now all secondary. It's taken me a while to feel completely secure, but now I'm in the headspace where these ol' things don't even matter. I finally feel a true ambivalence about my breasts, and my cup size, which is why, you know, I'm writing this essay.

And at least now, I don't get harangued anymore by my "well-meaning" dude friends since, you know, I only hang out with full-fledged human beings now.