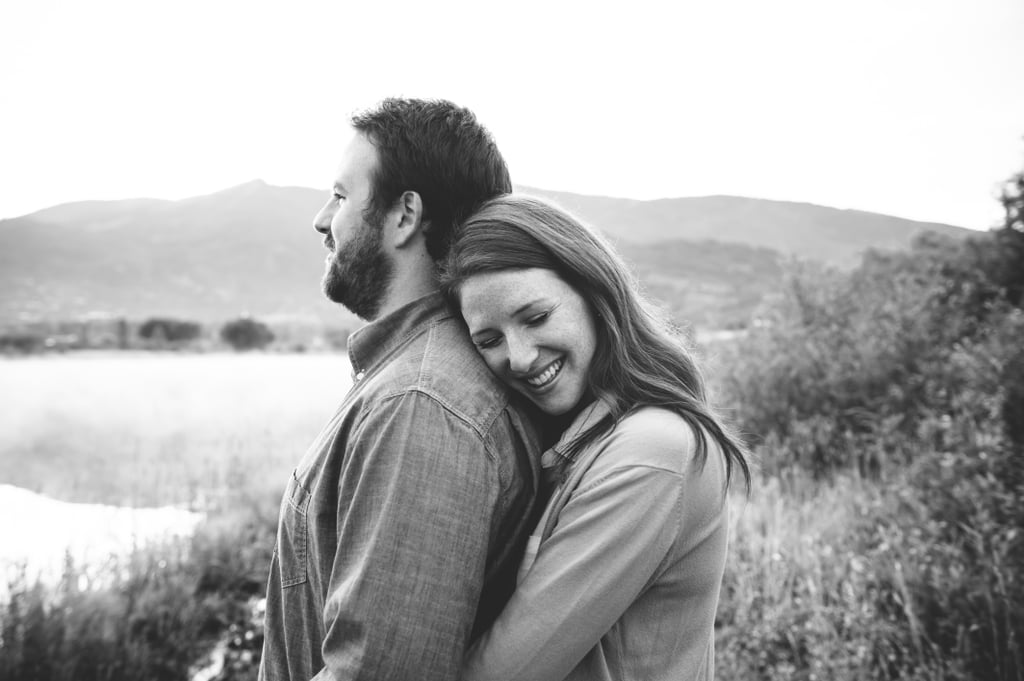 Societally speaking, men are not believed to be the most emotional beings. Man is a statue, solid in form and relatively expressionless. Because of this societal presumption, men tend to embarrass easily when we stray from prospective "roles," and the fact of the matter is, we shouldn't. In reading this piece, you will see that I use the words "supposed to" quite a bit. These are the words I'm using to address — and speak out against — society's guidelines concerning gender norms, because they're bullsh*t. Pardon my cursing.

These global norms are incredibly dated and in no way represent culture today. While these guidelines do affect females as well, I am a man, and therefore wouldn't be the correct person to address that side of things. So I won't. Below, I'm going to give you a little bit of male insight by addressing eight things that men are embarrassed to admit to you, but shouldn't be.

All men are insecure, no matter how tall they stand. Like women, men are human beings, and we too are bombarded with Photoshopped images of picture-perfect bodies and idyllic faces that we can in no way live up to.

I wrongly measure my own aesthetic worth by comparing myself to others whenever I'm out in a bathing suit, and instead of taking note that my body may be considered better than some, I instead compare myself to those in superior shape, and I feel terrible about it.

I hate my body, and I know I'm not alone. Guys just don't talk about it because we aren't "supposed" to. We're instead supposed to be strong and confident in ourselves and project this fabled belief as a sign of manliness.

A guy admitting he's in love is viewed as a sign of weakness. Not by you, but by guys in general. It shows that he's let his guard down and he cares about something — it's good news! But men tend to see this as a sign that he's "going soft."

In turn, we'd rather wait for you to say those three special words first so we don't seem "weak" or give the impression that we love you more than you love us (because women are the emotional and nurturing ones, according to norms). Yes, it's childish but that's the way this archetypal cookie crumbles.

3. That he doesn't want to have sex

As detailed by nearly every male character portrayed in movies and television (but this has just recently begun to change, thankfully), not every man wants sex every time it's available to him. I myself probably turn down sex more than my own partner, who's absolutely gorgeous.

Why? For the same reasons she does! I'm tired, I'm not feeling sexy, I'm lazy, I'd rather do something else, you name it! This could even be the result of low testosterone, an even bigger issue. So instead of separating ourselves by traditional gender roles, we should instead address people as just that, people. We really aren't all that different, you know.

4. That he likes "girly" drinks

I'm sorry, but any guy that tells you he doesn't like the odd drink of Sex on the Beach is an out-and-out liar. Those things are damn delicious and a nice palate change from beer or some other male-marketed beverage.

As with most things in this article, we don't purchase these things because we aren't "supposed" to. We're men, and men drink beer or whiskey. That's all. Don't believe me? Try this: make your man a girly drink at home and watch him turn it down. He won't! And why won't he? Because it's delicious and there's nobody around to judge him.

5. That he's into some kinky stuff

The best thing you can do is encourage that he communicate these fantasies and not be judgmental when he does. This could prove to be a huge benefit to your sexual relationship and you don't even know it!

6. That he loves that new Meghan Trainor song

"Pop" music is short for "popular," meaning it's appealing to the masses. Men and women. Any man who says he's never liked a Taylor Swift song is lying to himself, because Taylor Swift is a talented artist whose music is damn good to dance to. To be honest, if I'm listening to songs that might be considered "women's music," I look around to make sure nobody looks at my smartphone screen. Stupid, I know, but I don't want to get made fun of!

7. That he checks other guys out

Not in a sexual way (but maybe it is; men can be bisexual, pansexual, or bicurious as well) — a man will check another man out on occasion. He will never admit to this, though. The most you will get from him is that he can admit a certain actor is "a good-looking guy" as he shrugs.

His reasons for said checking could be anything. It could be that he's enviously judging his own looks against the Adonis across the room, or that, like women do with other women, he is merely appreciating a person's good looks from afar.

8. That he kind of (really) likes your TV shows

At first glance, "The Real Housewives of [insert city here]" looks idiotic. The show at its core depicts rich women throwing drinks and insults at each other while throwing fundraisers (just lots of throwing). Women happily admit to indulging in said programming, but guys are much less likely to do so because this show is primarily intended for female audiences.

An admission to watching said programming metaphorically revokes his "man card," so he won't do it and will instead complain whenever you throw it on the tube. But if we really hated it as much as we claim, we'd do something else. By this I mean if we stay and watch the show, we probably like it.

Relationships
Why Is It So Much Harder to Get Over a Healthy Relationship Than a Toxic One?
by Taylor Andrews 9 hours ago