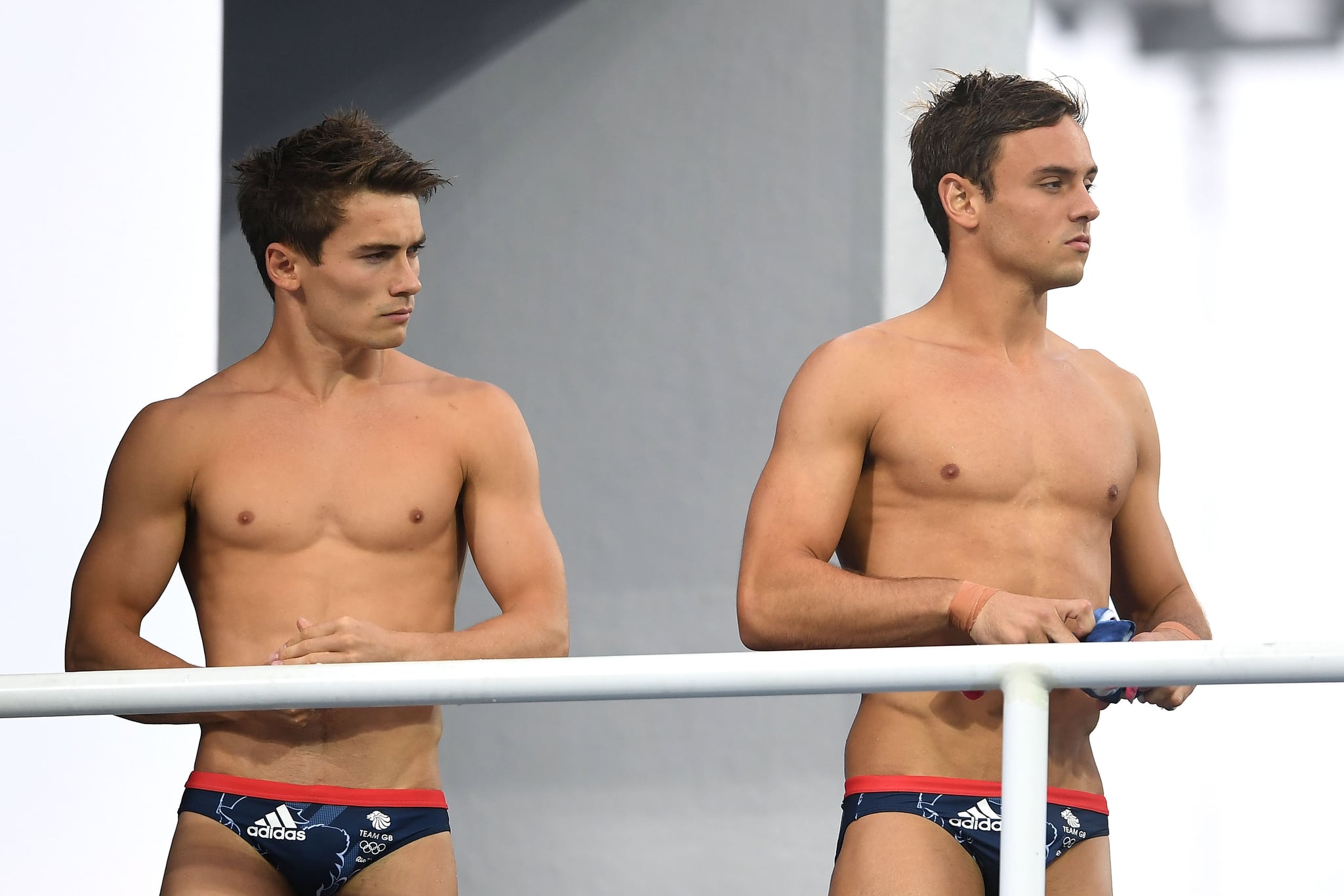 There should be a competitive category for hotness at the Summer Olympics, because all of these athletes are basically chiseled gods. Between the Speedos for swimming and the tiny tank tops for gymnastics, this year's male participants are giving us hot flashes. Twitter has been blowing up over the pure beauty of these men, and the resulting tweets have been hilarious. Check out the incredibly accurate things people have been saying — it's all too real.

The Gay Who Invented Olympic Diving: just make them wear like no clothing

TGWIOD: also make them shower outside

How do you date an Olympic swimmer asking for a friend

My mom says I'm not allowed to call the male gymnasts "daddy" when I watch with her. #Rio2016 #mensgymnastics

Google: "how to apply to the job where you hold olympic gymnasts' waists before they jump up onto the bars" #Rio2016

Jake Dalton
- Men's Gymnastics
- Could round house kick me in the face and I would say thank you pic.twitter.com/dp0zM6gYjQ

Olympics
With 6 Months Until the Olympics, Meet 6 US Athletes Poised to Win Gold in Tokyo
by Maggie Ryan 2 days ago