Once a Roman sex slave and the lover of a barbarian king, everything has now been taken from Nimia and she's fled with her faithful friend Terix across the sea to Britannia. Here she hopes to find the legendary druid Maerlin, who is from her tribe and can give her answers about her mysterious heritage.

Between Nimia and Maerlin, however, are the lands of Maerlin's enemy ruled by the fiercely independent warlord Mordred. When Nimia falls into Mordred's hands, he sees his chance to use her not only as a bargaining chip, but as an outlet for his perverse pleasures . . . pleasures he forces Nimia to enjoy.

For Nimia, the risk is not in being the captive of a savage warlord, but of becoming a prisoner of her own desire in Warlord's Captive. 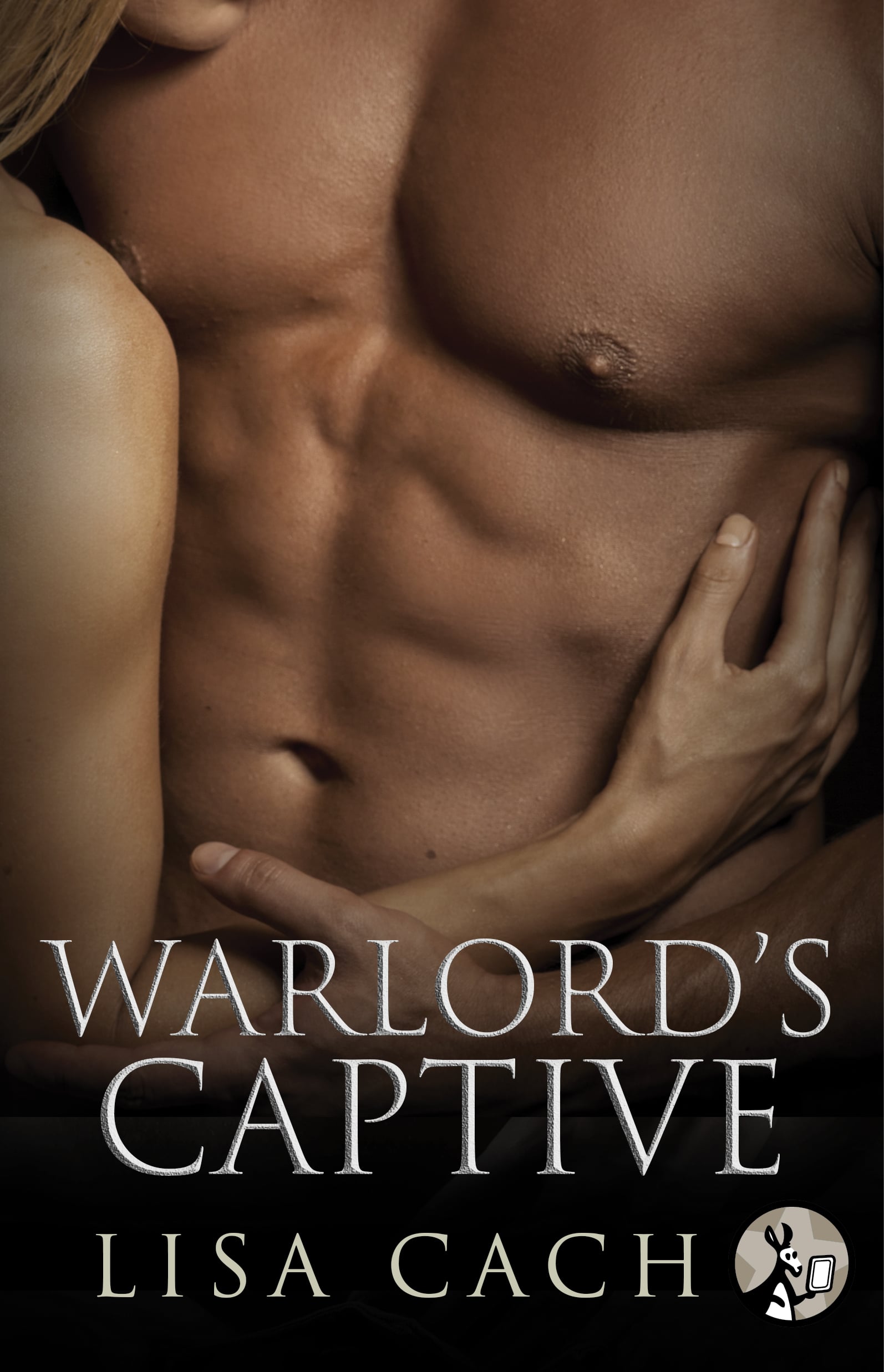 Hands gripped my shoulders. I turned and saw Jax, his face grim, his eyes burning. He shouted something to me that I couldn't make out and pried my arms from the lashed-down box I'd been holding.

I nodded. Yes, of course, whatever he needed. Was I to help bail? Stuff leaks?

He dragged me into the darkness under the cover, and I felt the hands of others on me, guiding me forward to a soft, damp spot. The noise was different here, deeper than in the open, and the air felt moistly warm without the wind to snatch it away. I could see nothing but black shapes upon blackness, and yet I knew it was Jax who put his face close to mine, his mouth at my ear.

"Offering!" I envisioned a sacrificial blade, and panic drenched me. "Kill me?" I shrieked, imagining him slicing my throat, my blood soaking the timbers in an ancient ritual to save their lives.

The timbers cracked, like branches bent almost to breaking, their fibers giving way. I would agree to whatever Jax wanted, if it might save us. "Yes, anything! What do I do?"

Instead of answering, he pushed me onto my back, and someone found my wrists and pulled them above my head. My belly tightened as I fought the urge to struggle. Jax had said they wouldn't kill me, but there were worse things than death to be dealt by the hands of men.

Hands grasped my ankles and pulled my legs apart, while others shoved my skirts up past my waist. I froze in shock.

This is what they were going to do? Truly? The sea was about to swallow us, our deaths were nigh, and all they could think was to mount me? It was so laughably male I almost couldn't believe it was happening.

Maybe that was how they wanted to die. It would be a happy farewell for them but not for me.

I suddenly struggled against the hands, taking them by surprise. My foot connected with a chin; my fist came free and hit a mouth. "Stop it! Let me go!" I yelled against the roar of the storm.

The hands fell away; the shadows of the men drew back. I thrashed a moment more, expecting to feel their hold again, but instead, I heard Jax's voice, his mouth at my ear.

A wave crashed over the bow and held the boat down as if trying to drown it. My breath caught in my throat, and I sensed the weight of the sea beyond the thin canvas. There was a sickening tear of cloth and then a rush of water, dousing me; in its icy stream I felt death lay her hands upon me, and I screamed. The men were shouting, and there was a chaos of movement in the dark as the water poured in.

With a slow heave, the bow rose out from under the wave. The hands of death retreated, draining into the bilge to await her chance. The timbers groaned in agony, and I knew the boat would not survive another blow.

I grabbed for Jax. "Anything!" I shouted, and tried to pull him on top of me. If he thought his sea goddess needed sex to end the storm, let her have it! I would believe in anything, give myself to any ritual, to save our skins.

"What else do they say of Maerlin?" I asked.

Mordred lowered his hand to my bare thigh and traced the edge of a spiral. "He takes any woman he finds; his hunger is never satisfied. The women . . . tell terrible stories of what he does."

"What stories? What does he do?"

"I don't know. The women will not tell the men."

He was as unforthcoming as Marri. Did anyone truly know what Maerlin did to these women, or was it all stories told to frighten one another and all the more scary when left with empty spaces for the imagination to fill?

Mordred went on, "Are you the same?"

His hand slid down inside my thigh and then up toward my sex. I tried to clamp my thighs on his hand to stop him, but he was far too strong. His fingertips dragged over my petals, sending a shiver of sensation through them. I felt my inner gates contract. "Hungry."

I grasped his wrist with both my hands and tried to pull it away. "I have a husband," I said, squirming toward the edge of the chair.
He didn't like me trying to get away. One arm came around my upper body, pinning my arms to my sides, and he dragged me up against his chest, his mouth behind my ear. I could feel his breath, moist and warm, through my hair. And then his teeth, biting the edge of my ear just hard enough that I couldn't jerk my head away. My skirts had fallen back over my thighs, his hand still under them, and he nudged apart my legs; when I resisted, he bit harder on my ear.

I let my thighs part, though I was in plain sight of everyone in the house. One woman glanced at me, then looked away, her head bowed; I already knew this was a familiar sight. A warrior a couple of feet away saw what was happening and nudged his companion. They grinned and drank, their backs against a nearby pillar as they settled in to watch.

Was Mordred doing this to humiliate me? Was it to show his power? Or maybe it was for no other reason than that he wanted to and knew he could.

Mordred fondled my folds, pinching and pulling and rubbing, and clumsy as he was, I still felt my body responding, my sex swelling and moistening. His teeth let go of my ear long enough for him to whisper in wonder, "You have no hair down there."

He pulled up my hem to look. I closed my eyes and turned my face against his chest, embarrassed, knowing he was displaying me to those watching warriors, their faces so close I could stretch out my leg and touch them. He murmured in his language as he pushed apart my thighs and examined me, separating my folds to better see how the tattoos covered every part of my sex.

And then, with my thighs splayed open in front of everyone, he found my gates and swirled one blunt fingertip in the slick moisture. He growled, and his arm around my torso tightened, his mouth pressed to the crown of my head, and I felt that finger press through my gates and slide slowly, relentlessly inside.

Get Warlord's Captive here, and check out more great content on XOXO After Dark: