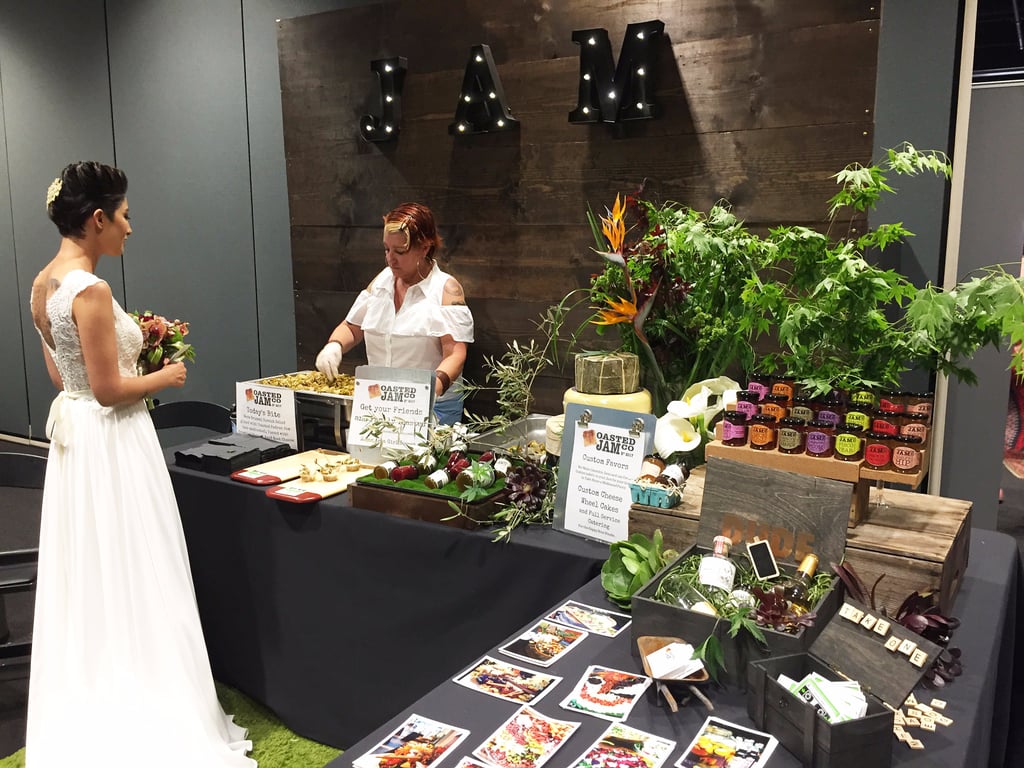 9 Ways to Incorporate Weed Into Your Wedding

You may think of weed and weddings as an unlikely pair, but it turns out they're kind of the perfect matrimony. I attended the San Francisco Cannabis Wedding Expo, because of course that's a thing, and learned about a number of ways couples can incorporate pot into their nuptials. Most people might picture stereotypical hippies gathering around a drum circle and passing joints, but 4/20-friendly weddings go beyond that perception. "Weed-ings" can in fact be executed just as elegantly and as upscale as what many would consider more traditional weddings. As recreational use continues to legalize across the country, it seems like more couples are becoming open to the idea.

The Expo featured over 50 vendors, from beauty services to cannabis chefs, all knowledgeable in the topic of safe incorporation and consumption. I was slightly disappointed to realize that all samples were not marijuana-infused, but I should've known as the only restriction to attend was age (21+). The selling and distributing of weed was strictly prohibited and all goods were "virgin" — even the nugs displayed in jars were fake. Again, disappointing but understandable. But instead of a high, what I took away from the event were ideas on how incredibly versatile cannabis can be in terms of weddings.

Check out nine ways you can say "I do" with weed.

Previous Next Start Slideshow
Any cannabis products referenced above are not intended to diagnose, treat, cure, or prevent any disease. The writer is not a medical doctor, and their experience is based on personal use, the results of which may not be typical or intended. The legality of cannabis products varies by state, and readers are encouraged to check their local laws before purchasing and using cannabis products. Nothing in this article should be construed as advice regarding the legal status of cannabis products. Any views expressed in this article by a third-party sponsor are those of such sponsor, and do not necessarily represent the views of POPSUGAR.
WeddingMarijuana
Around The Web

Wedding
This Couple Eloped at a Courthouse in Northern England, and the Bride's Dress Is Everything
by Haley Lyndes 6 days ago

Fashion Designers
Meghan Markle's Go-To Shoe Designer Is Married, and Her Bridal Heels Were Out of This World
by Sarah Wasilak 6 days ago

Wedding
This Couple Hiked a Mountain at Dawn For Their Elopement, and the Pictures Are Breathtaking
by Haley Lyndes 1 week ago