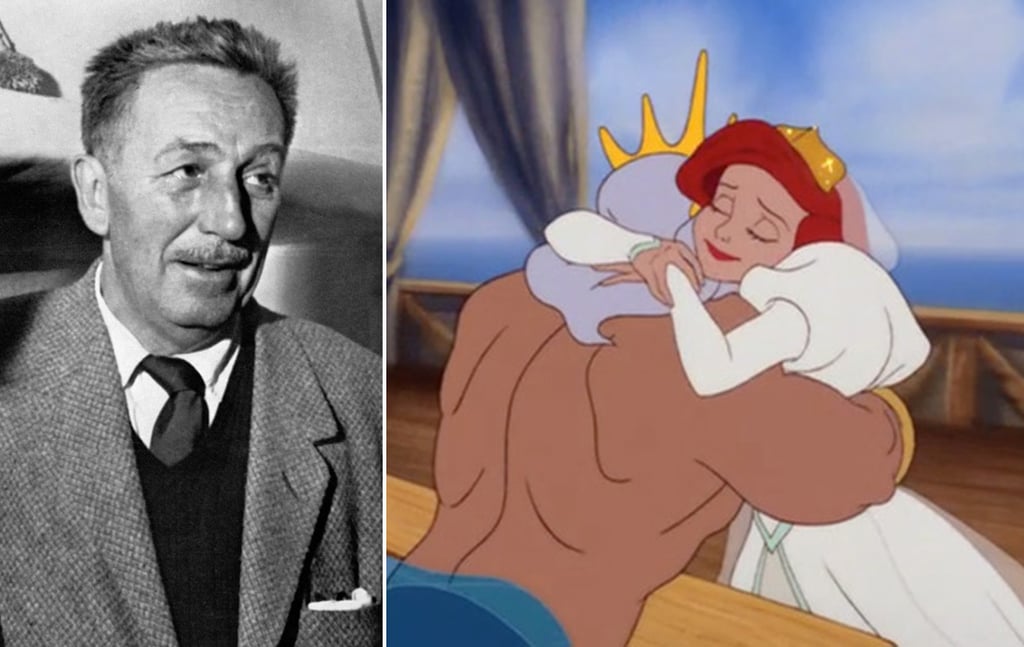 Classic Disney princesses have had some notable dads, but they often don't have mothers. For princesses like Ariel, Cinderella, Pocahontas, Belle, and Snow White, their moms are either just not in the picture or have passed away. Have you ever wondered why? Disney producer Don Hahn gave Glamour two reasons why this might be the case — and the second one is pretty heartbreaking. He shares this tragic story from Walt Disney's life:

"Walt Disney, in the early 1940s . . . bought a house for his mom and dad to move into. He had the studio guys come over and fix the furnace, but when his mom and dad moved in, the furnace leaked and his mother died. The housekeeper came in the next morning and pulled his mother and father out on the front lawn. His father was sick and went to the hospital, but his mother died. He never would talk about it, nobody ever does. He never spoke about that time because he personally felt responsible because he had become so successful that he said, 'Let me buy you a house.' It's every kid's dream to buy their parents a house and just through a strange freak of nature — through no fault of his own — the studio workers didn't know what they were doing."

"There's a theory, and I'm not a psychologist, but he was really haunted by that. That idea that he really contributed to his mom's death was really tragic. If you dig, you can read about it. It's not a secret within their family, but it's just a tragedy that is so difficult to even talk about. It helps to understand the man a little bit more . . . To me, it humanizes Walt. He was devastated by that, as anyone would be."

For the other reason, check out the full interview on Glamour.