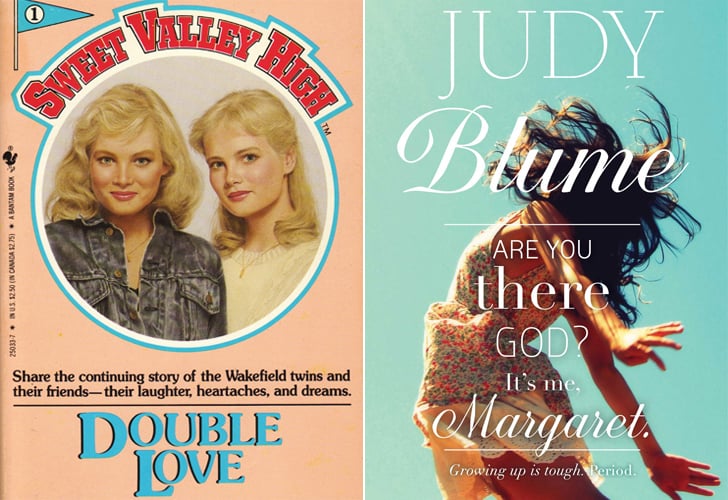 Today, young-adult titles like Twilight or The Hunger Games have captured the attention of teens and adults alike. But if you want to get back in touch with a younger, and maybe more confused, version of yourself, pick up a "vintage" title that you may have read when you were growing up. To get you started here are 13 young-adult books to read again.

1. Are You There God? It's Me, Margaret by Judy Blume

You've done your best to forget the awkwardness of puberty, but see if you can recognize how far you've come in Judy Blume's classic coming-of-age story.

2. I Know Why the Caged Bird Sings by Maya Angelou

In the first volume of Maya Angelou's autobiography, the poet describes a childhood of disappointment, violence, and eventual triumph.

3. The Watsons Go to Birmingham by Christopher Paul Curtis

Narrated by 9-year-old Kenny, a boy growing up in a middle-class black family during 1963, this book is an everyday tale of the civil rights era.

4. Anne Frank: The Diary of a Young Girl by Anne Frank

Revisit Anne Frank's iconic diary, which provides a heartbreaking picture of the brightest and darkest sides of human nature.

5. Sisterhood of the Traveling Pants series by Ann Brashares

You may know them from the movies. Best friends Lena, Carmen, Bridget, and Tibby are joined together by a pair of traveling pants, even when they are worlds apart and dealing with the challenges of love and family.

Now that Gossip Girl is off the small screen, go back to the Upper East Side by picking up the books that inspired it.

7. The Catcher in the Rye by J.D. Salinger

Whether or not this classic is listed as your favorite book on your Facebook profile, J.D. Salinger's is worth another look as an adult.

It's easy to forget Harry Potter is for a younger audience, since it captured the imaginations of so many adults.

Judy Blume isn't afraid to acknowledge that some teenagers have sex in this book about going on all the way.

10. Little Women by Louisa May Alcott

Travel back to New England during the Civil War era for lovely and sometimes difficult lessons about romance, family, and pursuing your dreams.

This diary of a teen addicted to LSD chronicles her spiral out of control as she tries to face the pressures of her parents and her low self-esteem.

12. The Giver by Lois Lowry

When Jonas, a 12-year-old living in a utopia without crime or poverty, is selected to be the "Receiver of Memories" he discovers the dark truth about the not-so-perfect futuristic community.

The dalliances of California boys and girls make up these classic books about the Wakefield sisters.