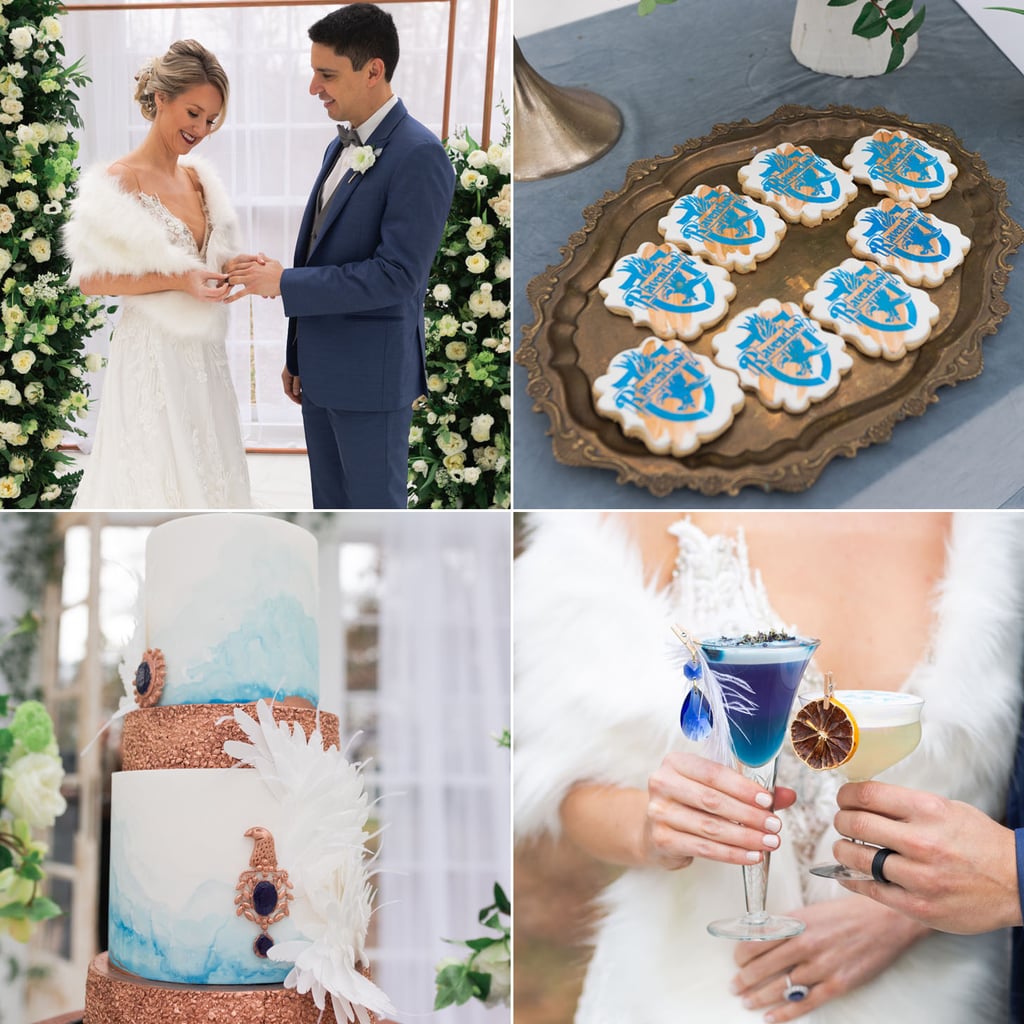 Only the most clever witches and wizards are sorted into Ravenclaw, and this elegant wedding photo shoot inspired by the wisest Hogwarts house is proof that wit beyond measure is man's greatest treasure. The whimsical, Harry Potter-inspired wedding shoot incorporates every Ravenclaw's love for literature in the form of paper scrolls, vow books covered in elegant script, and invitations adorned with the blue Ravenclaw crest. Luna Lovegood would be so proud!

In honor of the traditional house colors, the romantic shoot, which was shot in a forest-encompassed green house, also features subtle hints of blue and bronze all throughout. From the Ravenclaw pendant cookies and sapphire blue potion drinks to the bejeweled and feathered cake reminiscent of Rowena Ravenclaw's diadem, this shoot is proof that even the simplest details can add a touch of magic. The cake also sits on top of a scroll that reads, "A room without books is like a body without a soul," and it doesn't get much more Ravenclaw than that.

A puff of blue smoke reminiscent of a smokescreen spell in the background of the photos adds a final hint of whimsy that has us feeling a little bit spellbound. So conjure up a cup of your favorite calming tea and prepare to be inspired by even more photos of this stunning Ravenclaw-themed wedding ahead.