Margie Ulbrick from YourTango describes 17 devastating reasons someone might have an emotional affair. 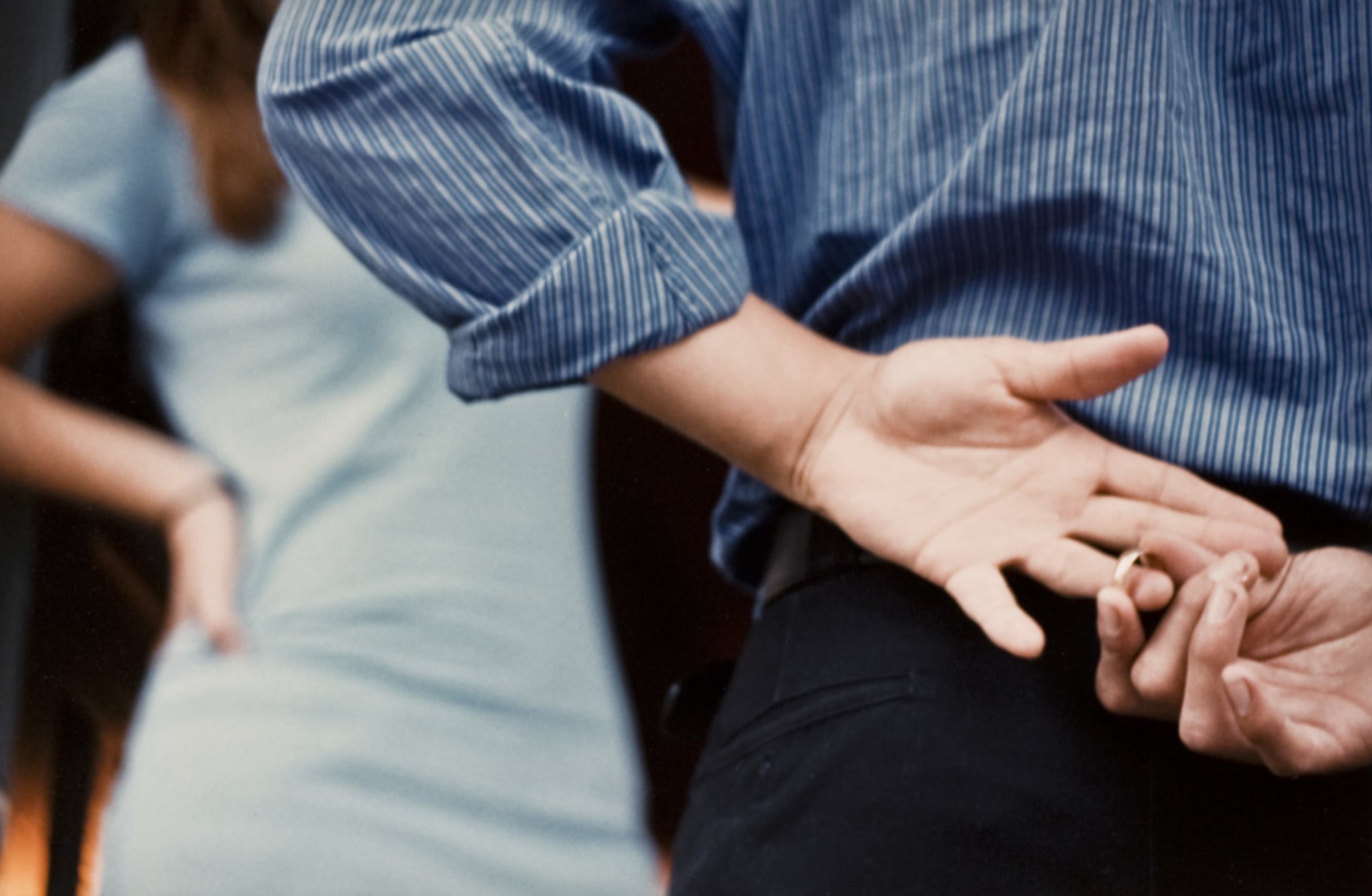 It happens way more than you think.

Up to 60 percent of all married couples will deal with at least one form of infidelity over the course of their marriage, whether it's emotional or physical.

According to the American Association of Marriage and Family Therapy, about 35 percent of wives and 45 percent of husbands report having had emotional affairs, while 22 percent of men and 13 percent of women — both married and unmarried — have cheated in their lifetimes.

We could say that these figures are conservative, because of course not everyone admits that their partner cheated or that they themselves betrayed their partner.

An emotional affair signifies that a partner has really checked out of the marriage. The level of secrecy and denial about it causes more pain than if their partner simply told the truth about cheating.

It signifies a conscious, deliberate intent to deceive — this is at the heart of the betrayal.

In a survey, 88 percent of women said they care more about emotional infidelity than physical infidelity. That's two times higher than men when asked the same question.

So, knowing the pain it causes, why do so many people go there?

Here are 17 heartbreaking reasons people stray and end up in an emotional affair.

1. They're narcissistic and have an endless need for validation.
It's like they're constantly searching for the next hit, the next reassurance that they're OK.

They can't seem to overcome the pull of wanting someone to stroke their ego endlessly. They're insecure about so much and have low self-esteem.

It's easier seeking validation from others than confronting the painful feelings of inadequacy that haunt them.

2. They struggle with impulse control.
Signs of this come up through overindulging in "pleasures" like alcohol, food, and gambling.

Emotional affairs are another sign of this incapacity to self-regulate the reward center of their brain by taking too much of a good thing.

Even seemingly harmless flirting and friendships go too far, and then emotional cheaters start their inevitable cover-up.

3. They believe they deserve this pleasure.
They justify it to themselves, saying, "It can't really hurt. We all have desires that need satisfying."

This sense of entitlement lets them make peace with their behavior, making up all sorts of stories about how much they need this "friend" or other person in their life and how harmless it is.

At the heart of it, they're very convinced of their own "deservedness" and go to extraordinary lengths to justify it.

For example, there's a direct correlation between the amount of money a spouse makes and their likelihood of having an emotional affair.

4. They believe they're essentially good people, and therefore, their behavior is harmless.
They justify their behavior because they think in black and white terms that only physically sexual affairs are wrong.

And since they're not physically cheating, they lack empathy for their partner's concern over their emotional inappropriateness. They think their partner is just being paranoid, jealous, insecure, and controlling.

The emotional cheater repeatedly claims they wouldn't dream of doing "the wrong thing" (aka having a sexual affair), but they're in denial about their shadow side.

5. They have problems with boundaries and saying "no."
They see themselves as being essential to the well-being of another. This is either because they need to "rescue" that person, or because they have a deep need to feel important.

6. They can't stand the idea of being "controlled" by their partner.
They fail to assert their needs in a healthy way and instead seek to dominate others. They think they're resisting being controlled, when in fact they're being controlling!

By saying they'll tolerate no limits from their partner, they're imposing limits of their own on their partner.

7. They grew up in an environment lacking appropriate boundaries.
Their parents and siblings probably justified and denied their own wrongdoing.

When your family of origin has a system of defensiveness that lacks personal responsibility and resorts to blame, denial, projection, and avoidance — you tend to do the same.

8. They're angry with their partner, but won't address it directly in their relationship.
They can't express themselves (especially hard emotions) and tend to resort to pleasing others and avoiding conflict. Therefore, it's easier — and lazier — to just act out in a seemingly "benign" way and get their tank filled elsewhere!

9. They can't cope with disappointments in their relationship or with their partner.
Similar to the previous point, they act out in passive-aggressive ways. When their anger goes underground, they're rarely truthful, real, or direct.

Whether it's a disappointment in how their life turned out or how their partner looks, to express their vulnerability or their pain and disappointment directly and honestly feels too risky.

10. They're afraid of commitment.
Intimacy is frightening. They seek it, yet fear it. Therefore, it's easier to add a third person to the mix rather than bring up difficult issues with their partner.

They go out of the way to avoid the vulnerability and effort of real intimacy with the person they live with. Instead, they live perpetually with one foot out the door.

Their deep fear of abandonment makes them always leave the exit door open, hedging their bets. Because being the one who abandons is better than being the one left behind.

11. Their parents cheated on each other.
This led them to view betrayal as normal.

Healthy relationship boundaries are foreign to them, so they share intimacies with others inappropriately, which is emotional cheating.

12. They're experiencing unresolved grief and loss.
They idealize a lost other (perhaps someone who died, a former lover, or even their own loss of innocence or youth), and they get feelings that they don't get in their relationship when they project that lost ideal or perfect love onto a third person.

13. Their partner (and relationship) lacks certain qualities they desire.
They married someone serious and conservative, so they flirt with someone more fun, liberal, and frivolous.

They may feel unable to be themselves with their actual partner, but in their emotional affair, they're a different person or express qualities they cannot normally. And being that hidden side of themselves feels good.

14. They long for novelty.
Their emotional affair is a way to bring newness and variety they feel they can no longer get at home.

15. They have a need to transgress or rebel.
They're tired of being so upstanding all the time. They've always done the right thing and "been good," but finally now, they can act badly without really being bad — or so their justification goes.

16. They love keeping secrets.
Keeping secrets can feel alluring. It gives them a false sense of power. They kept secrets as a child, and now it's second nature to keep secrets in their relationship.

17. They're emotionally immature.
Whether they long for a sense of eternal youth or can't handle taking responsibility for their adult life, they hide from reality in a fantasy world.

Things go wrong in every relationship, but when that happens in theirs, they don't handle it — they escape. 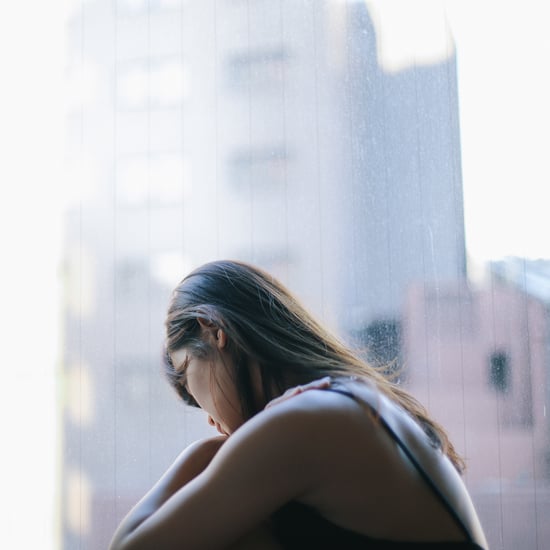 Relationships
How to Get Over Being Cheated on, According to a Therapist
by Elizabeth Ayoola 1 week ago

Relationships
The 4 Stages of a Relationship, According to Experts
by Lexi Inks 6/22