Is it mind over matter or money on the mind? Business Insider shares 21 ways rich people think differently than the average person. Find out what makes some of the most successful people tick. 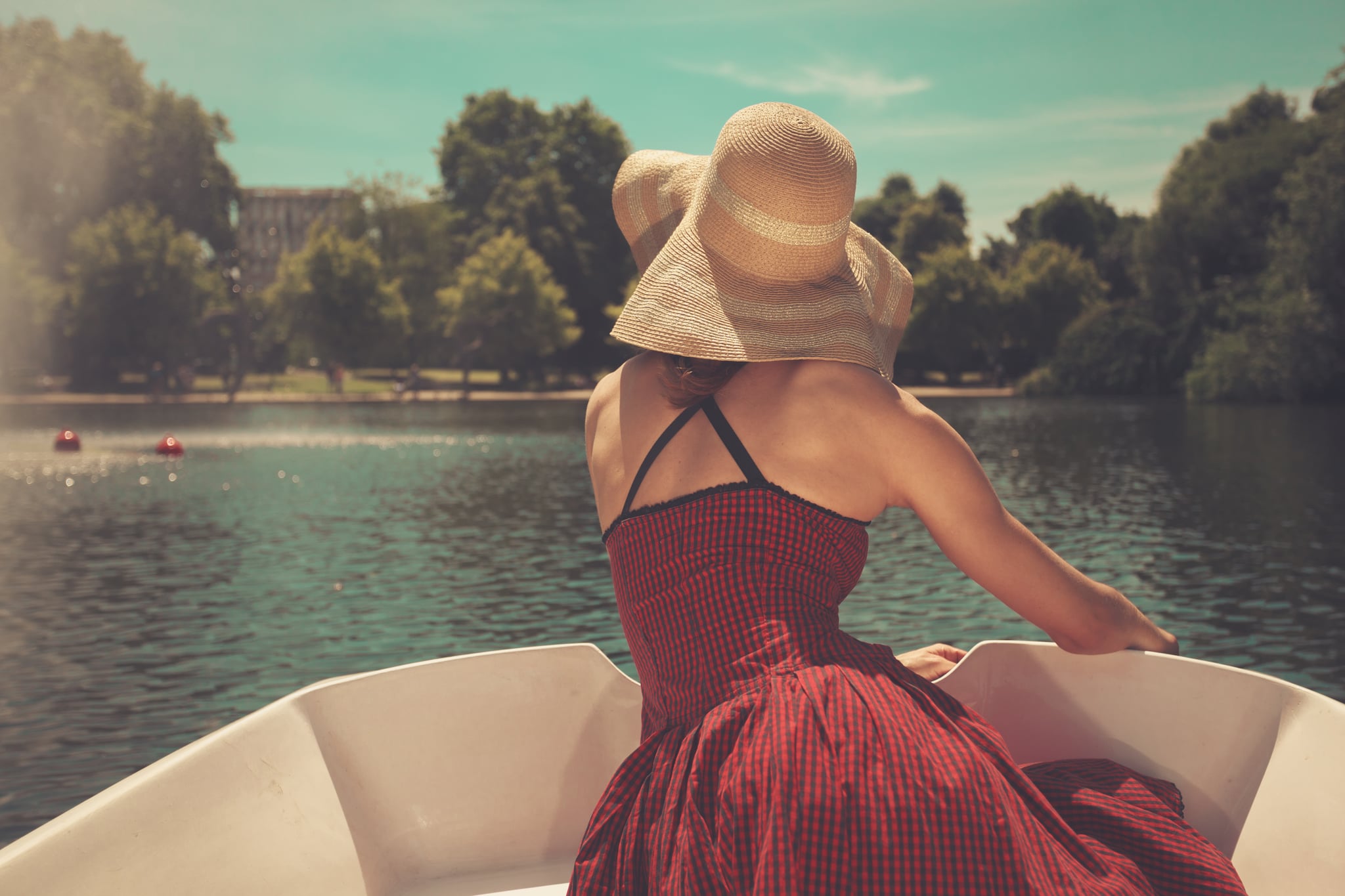 Mastering your money has a lot more to do with psychology and mindset than we might think.

That's what Napoleon Hill preached in his bestselling 1937 book, Think and Grow Rich, the culmination of his intensive study of over 500 self-made millionaires.

Self-made millionaire Steve Siebold, who has interviewed 1,200 of the world's wealthiest people during the past three decades, agrees. As backwards as it sounds, getting rich often has less to do with the money than the mentality, he writes in his book How Rich People Think.

Here are 21 mindsets of the wealthy that you could adopt today:

1. Rich people believe poverty is the root of all evil

. . . while average people think money is the root of all evil.

According to Siebold, there's a certain shame that comes along with "getting rich" in lower-income communities.

"The average person has been brainwashed to believe rich people are lucky or dishonest," he writes. "The world class knows that while having money doesn't guarantee happiness, it does make your life easier and more enjoyable."

. . . while average people think selfishness is a vice.

"The rich go out there and try to make themselves happy. They don't try to pretend to save the world," Siebold told Business Insider.

The problem is that middle class people see that as a negative — and it's keeping them poor, he writes. "If you're not taking care of you, you're not in a position to help anyone else. You can't give what you don't have."

3. Rich people have an action mentality

. . . while average people have a lottery mentality.

"While the masses are wanting to pick the right numbers and praying for prosperity, the great ones are solving problems," Siebold writes.

"The hero [most people] are waiting for is maybe God, government, their boss, or their spouse. It's the average person's level of thinking that breeds this approach to life and living while the clock keeps ticking away."

. . . while average people think the road to riches is paved with formal education.

"Many world-class performers have little formal education, and have amassed their wealth through the acquisition and subsequent sale of specific knowledge," Siebold writes.

"Meanwhile, the masses are convinced that master's degrees and doctorates are the way to wealth, mostly because they are trapped in the linear line of thought that holds them back from higher levels of consciousness . . . The wealthy aren't interested in the means, only the end."

5. Rich people dream of the future

. . . while average people long for the good old days.

"People who believe their best days are behind them rarely get rich, and often struggle with unhappiness and depression," Siebold writes.

"Self-made millionaires get rich because they're willing to bet on themselves and project their dreams, goals, and ideas into an unknown future."

. . . while average people see money through the eyes of emotion.

"An ordinarily smart, well-educated, and otherwise successful person can be instantly transformed into a fear-based, scarcity-driven thinker whose greatest financial aspiration is to retire comfortably," Siebold writes.

"The world class sees money for what it is and what it's not, through the eyes of logic. The great ones know money is a critical tool that presents options and opportunities."

"To the average person, it looks like the rich are working all the time," Siebold says. "But one of the smartest strategies of the world class is doing what they love and finding a way to get paid for it."

On the other hand, members of the middle class take jobs they don't enjoy "because they need the money, and they've been trained in school and conditioned by society to live in a linear thinking world that equates earning money with physical or mental effort."

8. Rich people are up for the challenge

. . . while average people set low expectations so they're never disappointed.

"Psychologists and other mental health experts often advise people to set low expectations for their life to ensure they are not disappointed," Siebold writes.

But, he says, "no one would ever strike it rich and live their dreams without huge expectations."

9. Rich people use other people's money

. . . while average people believe you need money to make money.

Siebold says the rich aren't afraid to fund their future from other people's pockets.

"Rich people know not being solvent enough to personally afford something is not relevant. The real question is, 'Is this worth buying, investing in, or pursuing?'" he writes.

10. Rich people know the markets are driven by emotion and greed

. . . while average people believe they're driven by logic and strategy.

"The rich know that the primary emotions that drive financial markets are fear and greed, and they factor this into all trades and trends they observe," Siebold writes. "This knowledge of human nature and its overlapping impact on trading gives them strategic advantage in building greater wealth through leverage."

11. Rich people teach their kids to get rich

. . . while average people teach their children how to survive.

Rich parents teach their kids from an early age about the world of "haves" and "have nots," Siebold says.

While many people have argued that he's supporting the idea of elitism, he disagrees.

. . . while average people let money stress them out.

The reason wealthy people earn more wealth is that they're not afraid to admit that money can solve most problems, Siebold says.

"[The middle class] sees money as a never-ending necessary evil that must be endured as part of life. The world class sees money as the great liberator, and with enough of it, they are able to purchase financial peace of mind."

13. Rich people would rather be educated than entertained

. . . while average people would rather be entertained than educated.

While the rich don't put much stock in furthering wealth through formal education, they appreciate the power of learning long after college is over, Siebold explains.

"Walk into a wealthy person's home and one of the first things you'll see is an extensive library of books they've used to educate themselves on how to become more successful," he writes. "The middle class reads novels, tabloids, and entertainment magazines."

14. Rich people just want to surround themselves with like-minded people

The negative money mentality poisoning the middle class is what keeps the rich hanging out with the rich, Siebold says.

"[Rich people] can't afford the messages of doom and gloom," he writes. "This is often misinterpreted by the masses as snobbery. Labeling the world class as snobs is another way the middle class finds to feel better about themselves and their chosen path of mediocrity."

. . . while average people focus on saving.

Siebold theorizes that the wealthy focus on what they'll gain by taking risks, rather than how to save what they have.

"The masses are so focused on clipping coupons and living frugally they miss major opportunities," he writes. "Even in the midst of a cash flow crisis, the rich reject the nickle and dime thinking of the masses. They are the masters of focusing their mental energy where it belongs: on the big money."

. . . while average people play it safe with money.

"Leverage is the watchword of the rich," Siebold writes.

"Every investor loses money on occasion, but the world class knows no matter what happens, they will always be able to earn more."

. . . while average people want to be comfortable.

"Physical, psychological, and emotional comfort is the primary goal of the middle class mindset," Siebold writes. "World class thinkers learn early on that becoming a millionaire isn't easy and the need for comfort can be devastating. They learn to be comfortable while operating in a state of ongoing uncertainty."

. . . while average people expect to struggle.

"Don't listen to the naysayers who tell you that life is supposed to be a struggle and that you should settle and be grateful for what you have," Siebold writes on Business Insider.

You have to think big. Why not $1 million?

19. Rich people are obsessed with success

. . . while average people believe obsession is a bad word.

"The truth is wealthy people have a healthy obsession with getting what they want, which includes money," Siebold writes. "The wealthy see business and life as a game, and it's a game they love to win."

Think about what you want and exactly how you're going to get it, advises Siebold. It will take a certain level of discipline to "win."

. . . while average people see it as their enemy.

"Most people have a dysfunctional, adversarial relationship with money. After all, we are taught that money is scarce — hard to earn and harder to keep." Siebold writes.

"If you want to start attracting money, stop seeing it as your enemy and think of it as one of your greatest allies. It's a friend that has the power to end sleepless nights of worry and physical pain, and can even save your life. The rich see money as a special friend that can help them in ways no other friend can, and these positive feelings lead them to build a stronger relationship every day."

21. Rich people know you can have it all

. . . while average people believe they must choose between a great family and being rich.

The idea the wealth must come at the expense of family time is nothing but a "cop out," Siebold says.

"The masses have been brainwashed to believe it's an either/or equation," he writes. "The rich know you can have anything you want if you approach the challenge with a mindset rooted in love and abundance."