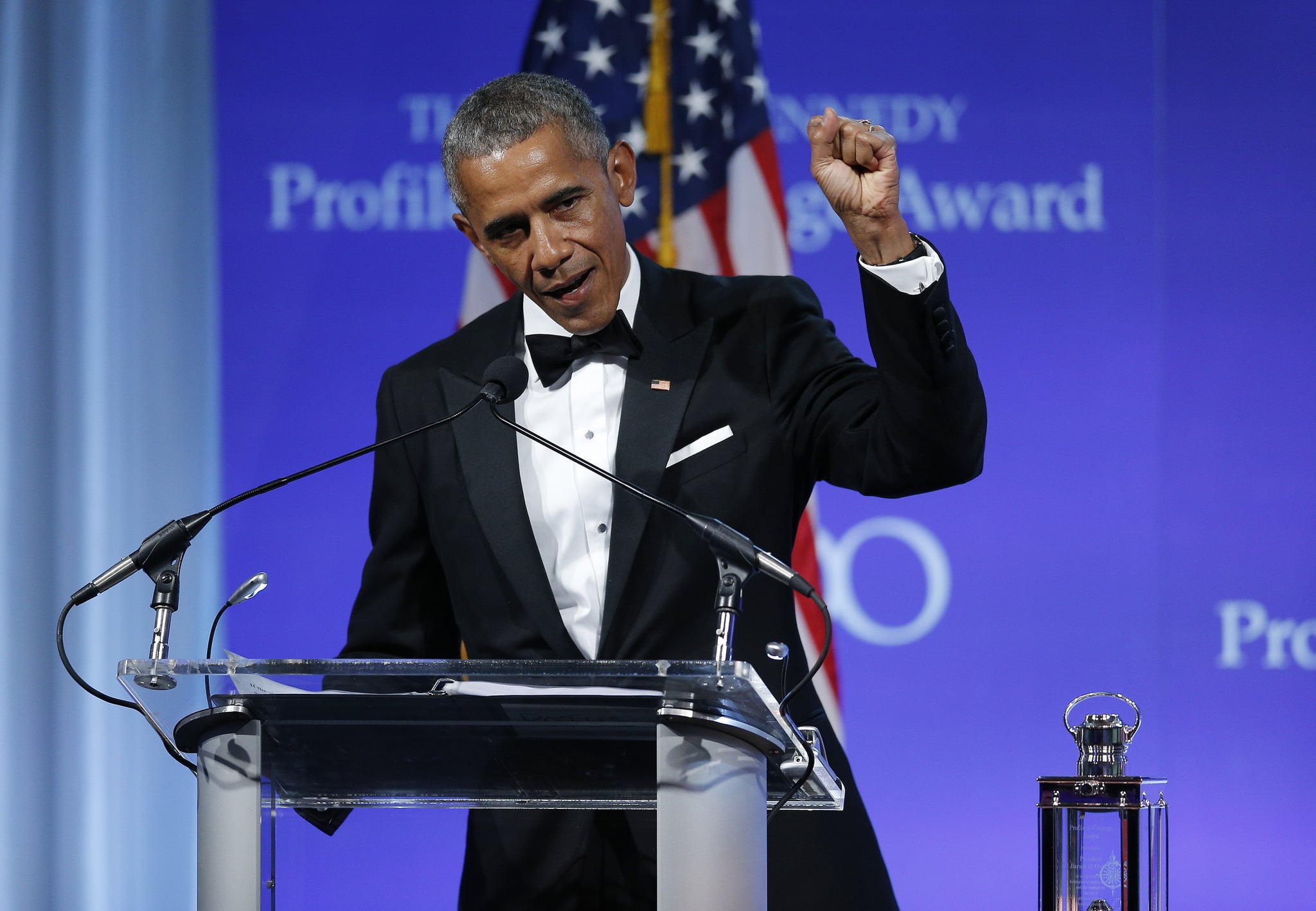 Former President Barack Obama took little time to speak out against the American Health Care Act. In an award acceptance speech, Obama implored Congress to have the "courage" to do what's right when it comes to health care and repealing Obamacare.

The former president spoke about health care, courage, and keeping hope during these uncertain times as he accepted the 2017 Centennial John F. Kennedy Profile in Courage Award from the John F. Kennedy Library Foundation on May 9. His speech remarked on the members of Congress who helped vote in the Affordable Care Act, even though it might've "cost them their new seats, perhaps end their political careers." However, Obama believes that they did what they felt was right and showed the meaning of "courage." He then asked that today's Congress members do the same.

"I hope that current members of Congress recall that it actually doesn't take a lot of courage to aid those who are already powerful, already comfortable, already influential," he said. "But it does require some courage to champion the vulnerable and the sick and the infirm, those who often have no access to the corridors of power. I hope they understand that courage means not simply doing what is politically expedient but doing what they believe deep in their hearts is right."

"We need courage to stand up to hate not just in others but in ourselves."

Obama also tried to reassure any Americans who feel scared about the times we're living in. He mentioned how former President Kennedy lived in a more troubling era, but he still braved it. Obama reminded Americans "we need courage to stand up to hate not just in others but in ourselves . . . At such moments, we need courage to believe that together we can tackle big challenges like inequality and climate change. At such moments, it's necessary for us to show courage in challenging the status quo and in fighting the good fight but also show the courage to listen to one another and seek common ground and embrace principled compromise."

Related:
Another Day, Another Photo of a Bunch of Men Celebrating an Assault on Women's Health

It's clear where the former president stands on the new Trumpcare bill that will eliminate health care for an estimated 24 million Americans. You can watch Obama's entire speech ahead.