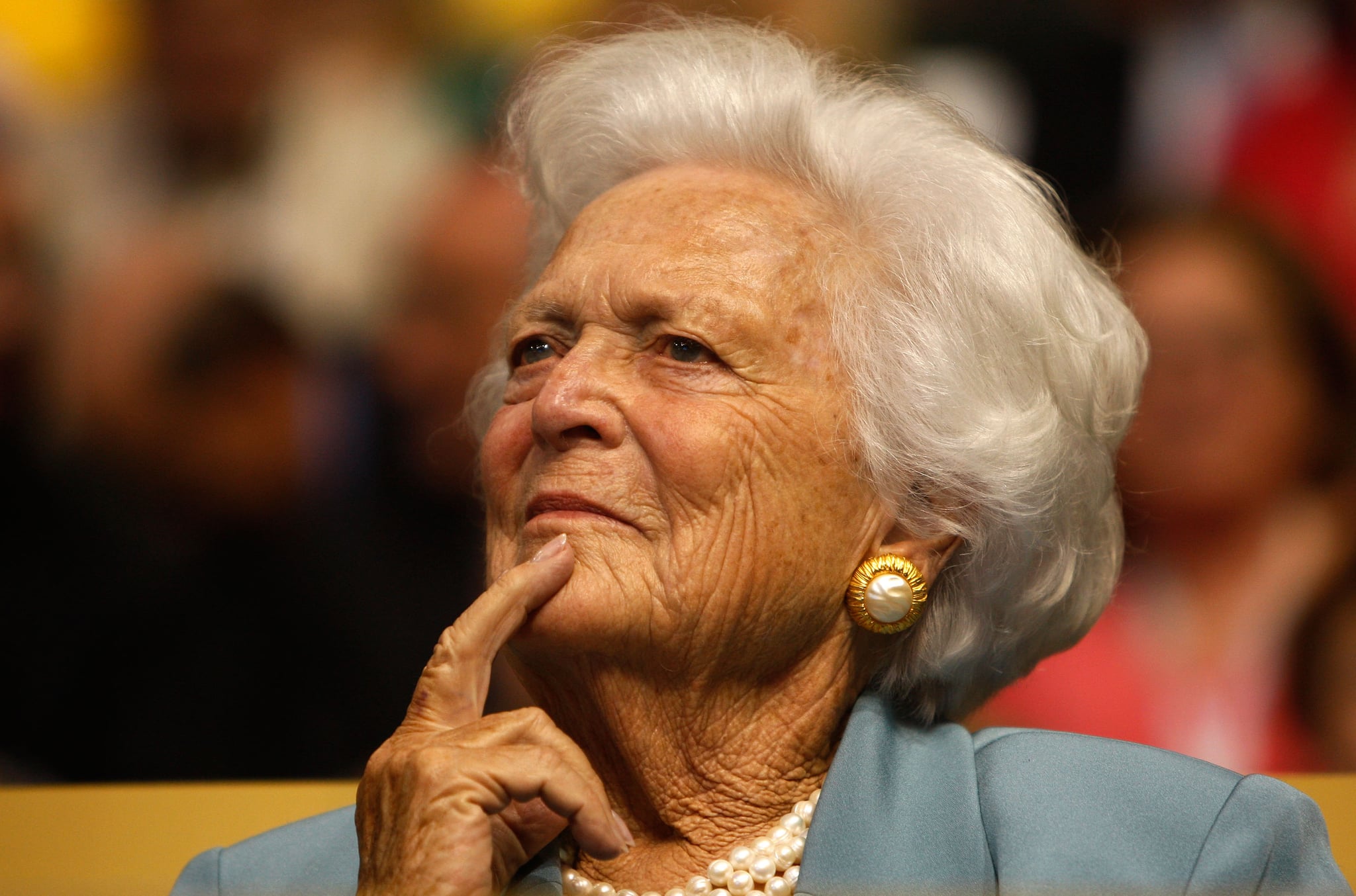 Barbara Bush, matriarch of one of the most powerful political families in America, passed away on April 17 at the age of 92. The much-loved mother of six served as first lady during the presidency of her husband, George H.W. Bush, and was a fixture in Republican politics throughout the presidency of her eldest son, George W. Bush, as well as during her younger son Jeb Bush's 2016 presidential campaign.

Born in 1925 in Rye, NY, Bush was the daughter of a magazine publisher and the second-to-youngest of four siblings. At the age of 16, she met her husband at a holiday dance and it was love at first sight. A year and a half later, the couple were engaged — but soon thereafter, he was sent off to fight in World War II, so she enrolled at Smith College. In 1945, she dropped out and they were married in her hometown. Several decades later, in 1989, Smith would award the then-first lady with an honorary degree.

While the Bushes moved around the country a great deal in the years that followed their marriage, they'd eventually settle down in Odessa, TX, where George H.W. would create a highly lucrative oil business before entering the world of politics, the world which would ultimately define not just their lives, but the lives of generations of the Bush family to come.

The legacy that Barbara Bush left behind is not just in politics, however. As a voracious reader, Bush devoted her life to promoting literacy; in 1989, she founded the Barbara Bush Foundation For Family Literacy, a nonprofit organization devoted to empowering low-income American families through the power of the written word. "The American Dream is about equal opportunity for everyone who works hard. If we don't give everyone the ability to simply read and write, then we aren't giving everyone an equal chance to succeed," Bush said of her work.

Bush had undergone health problems for much of her later years; in 1988, she was found to suffer with Graves' disease, a sickness which affects the thyroid, and between 2008 and 2010, she would undergo open-heart surgery and surgery on her ulcer. Recently, she had been diagnosed with chronic obstructive pulmonary disease, or COPD, and congestive heart failure. But it didn't get in the way of her public engagements and speaking events — Bush continued to fight for the causes she felt most strongly about, and the charities she devoted her life to, right up until her very last days.

In a statement released on Twitter, Bush family spokesperson Jim McGrath noted that the matriarch was "survived by her husband of 73 years, George H.W. Bush; five children and their spouses; 17 grandchildren; seven great grandchildren; and her brother, Scott Pierce. She was preceded in death by her second child, Pauline Robinson 'Robin' Bush, and her siblings Martha Rafferty and James R. Pierce."