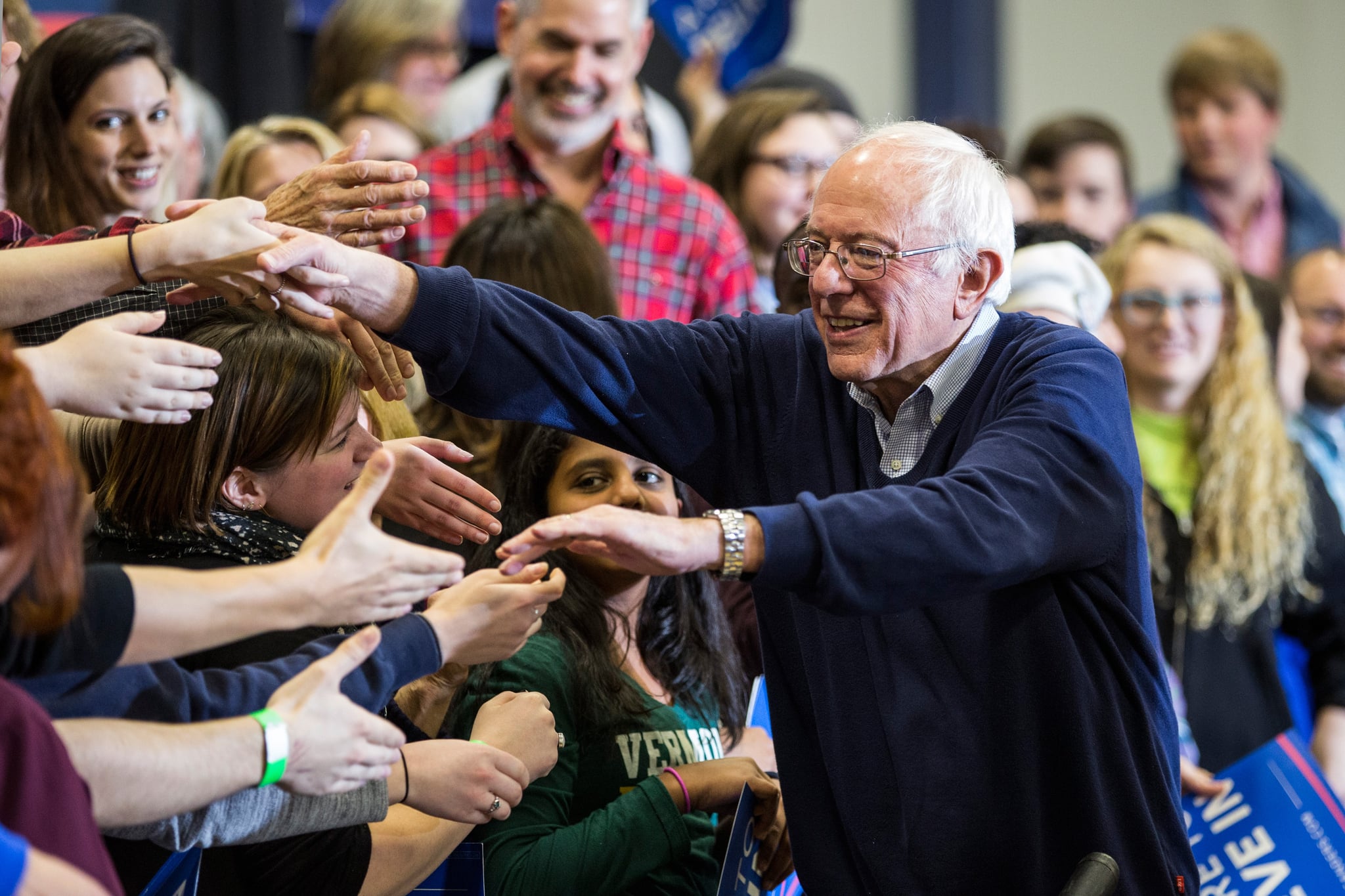 In his post-election appearance on The Late Show, Senator Bernie Sanders urged leaders in the Democratic party to become more inclusive. Now, he's making sure that it happens in his new role as the chair of outreach for Senate Democrats.

On Nov. 16, Senate Democratic Leader-elect Chuck Schumer — who has served as a New York Senator since 1999 — announced the appointment that will make Sanders the first Independent politician to hold the position since its creation, according to USA Today. Although Sanders ran as a Democrat in the primaries and will continue to hold leadership positions within the party because of his involvement, he still isn't an official member of the Democratic party.

So what does the chair of outreach do exactly? According to its website, the Senate Democratic Steering and Outreach Committee is focused on engaging with political leaders from various parties across the nation. As chair of the committee, Sanders will be hosting meetings with policy experts, advocates, and fellow senators to promote the Senate Democratic agenda, make the Senate a little less bipartisan, and accurately reflect the needs of the American people. The position was previously held by Senator Amy Klobuchar of Minnesota.

In a statement following the news, Sanders said he would be taking a more grassroots approach. "Real change doesn't take place on Capitol Hill," he said. "It takes place when millions of working people, young people, and senior citizens come together to demand that our government works for all of us and not just the 1 percent. When the people lead, the leaders follow." In addition to being the chair of outreach, Sanders will also serve as a ranking member of the Senate Budget Committee.