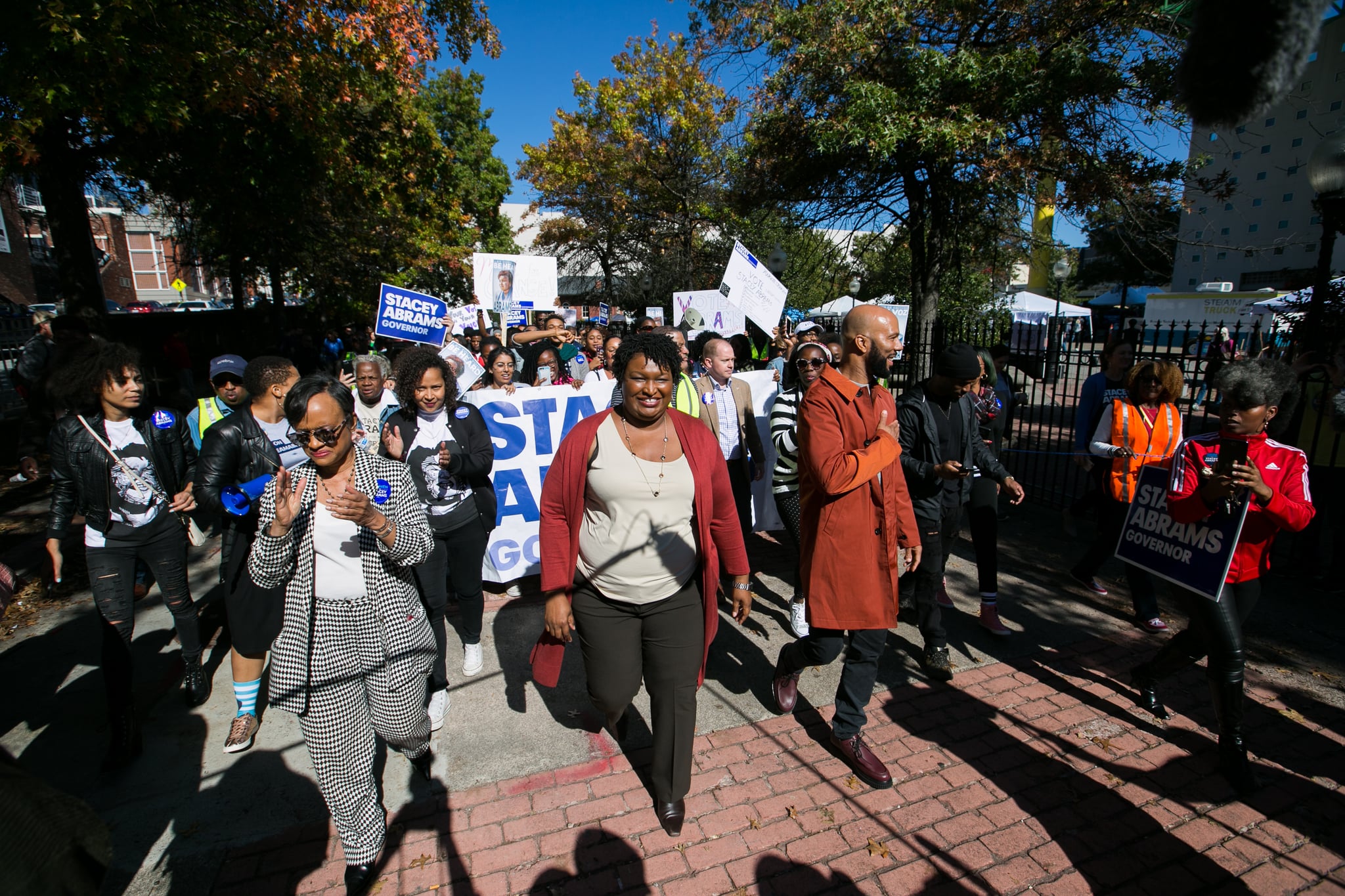 Black women have long been the heart and soul of the Democratic Party, but never the face. We've been supporting Democratic policies and candidates for years, but still lack anything close to meaningful representation inside the party and in our elected institutions. But this year's midterm elections have the potential to dramatically launch the party into the future.

We know empowering black women voters and candidates isn't just the right thing to do. It's also the smart thing to do.

Nov. 6, 2018, marks the most important midterm election in decades — maybe even centuries — because our country is at a crucial turning point. Next week, our nation will decide: will we recognize the backslide on civil and human rights and catch ourselves before it's too late, or will we fall deeper into a racist, bigoted autocracy?

The stakes couldn't be higher. That's why the Democratic Party must get this right by ensuring that black women are the leaders of our movement.

This is what we believe at MoveOn, because we know empowering black women voters and candidates isn't just the right thing to do. It's also the smart thing to do.

So far, MoveOn members have directly contributed more than $1 million to black women candidates in small-dollar contributions, showing that voters will support and put their dollars behind these candidates. And in races across the country, whether local or national, rural or urban, North or South, black women aren't just running, they're winning.

Take Stacey Abrams (pictured above) in Georgia. She's a MoveOn-endorsed Democratic candidate who could soon become the first black woman elected governor. Not just in Georgia or in the South, but ever, in any state. Right now, she's neck and neck with her Republican opponent Brian Kemp (who's also overseeing the election as Georgia's secretary of state and is behind the state's recent efforts to purge people — largely black folks — from voter rolls, denying them the right to vote in the 2018 elections).

In Georgia, a Democrat locked in statistical dead heat with a Republican candidate for governor is itself a remarkable feat. In 2016, Georgia voted for Donald Trump by a solid five-point margin. In the 2014 gubernatorial election, Republican Nathan Deal beat Democrat Jason Carter by eight points. Georgia hasn't had a Democratic governor in 15 years. And yet, despite this history, Abrams is slightly ahead of her opponent in recent polling.

As one of the most targeted, underserved, and underrepresented communities in America, black women are well-prepared to tip the scales of injustice back in the favor of all of us.

Abrams is not the only candidate proving that black women are the future of the Democratic Party. Jahana Hayes, 2016 National Teacher of the Year, has a chance to become the state's first-ever black woman to represent Connecticut's 5th Congressional District, where she's already overcome significant obstacles. In her primary, her opponent was backed not only by the state's Democratic Party but also by the Democratic Congressional Campaign Committee. Despite the odds stacked against her, she won a clear victory, with 100 of her former students helping staff her campaign. By some measures, she's already won. And now, the only obstacle left between Hayes and Congress is her Republican opponent.

In Boston, there's another black woman running for office and making history. In the primary for Massachusetts's 7th Congressional District, the only minority-majority district in the state, Ayanna Pressley won a race against a 10-term incumbent, upending what many thought was going to be an easy reelection for Mike Capuano. Now, running unopposed in the general election, Pressley is poised to become the first black woman to represent Massachusetts in Congress.

In federal, state, and local elections across the country, black women are running for office — and running to the polls. Black women have been at the forefront of liberation movements, from the Civil Rights Era to reproductive justice to LGBTQ+ rights and the modern Black Lives Matter movement. As one of the most targeted, underserved, and underrepresented communities in America, black women are well-prepared to tip the scales of injustice back in the favor of all of us.

When black women run for office and win, we all win.

If Democrats want to remain a viable option in elections to come, it's time to stop relying on black women to vote to save the Democratic Party — it's well past time for us to lead it.

Karine Jean-Pierre is senior advisor and national spokesperson for MoveOn.