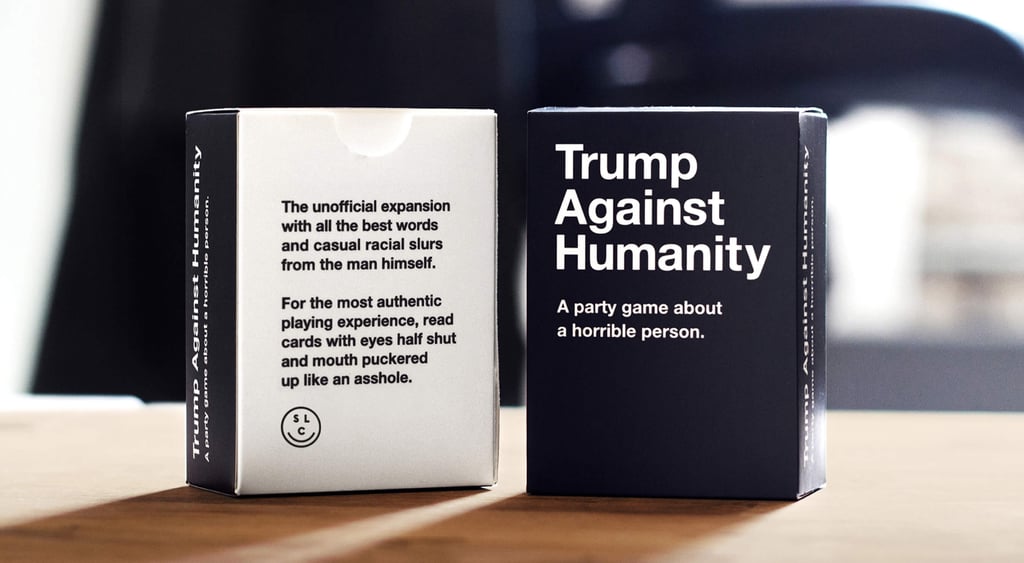 Who knew all those awful Donald Trump quotes would have a fun purpose someday?

The first is called "Trump Against Humanity" and was created by international advertising agency Sid Lee Collective. The company calls it "a party game about a horrible person" that "capitalizes on the wildly absurd, racist, and chauvinistic things Donald Trump has said during his campaign for president."

For instance, you'll get prompts like, "Make _____ great again" and phrases like "illegal immigrants" and "moving to Canada."

You can't currently buy the set, but you can head to trumpagainsthumanity.cards to enter your email and submit a request for one.

If you don't want to take a chance, you can order a different but similar set now. This one is called Humanity Hates Trump and works the same.

"It's not about bashing Trump," said Denise Hawkins, who represents the creator SCS Direct, to the Chicago Tribune. "It's really about having a good laugh, laughing with Trump."

SCS Direct launched a successful Kickstarter campaign for the game in March. It raised $8,000 after asking donors for $1,000 but had to end the campaign after Cards Against Humanity complained, according to the Tribune.

The base set is now on sale on its website for $25, and the expansion set is going for $15. You can also get a Humanity Hates Hillary, Too version if you don't like the Democratic front runner.

We wonder if someone will turn Hillary Clinton's woman card into a game any time soon.