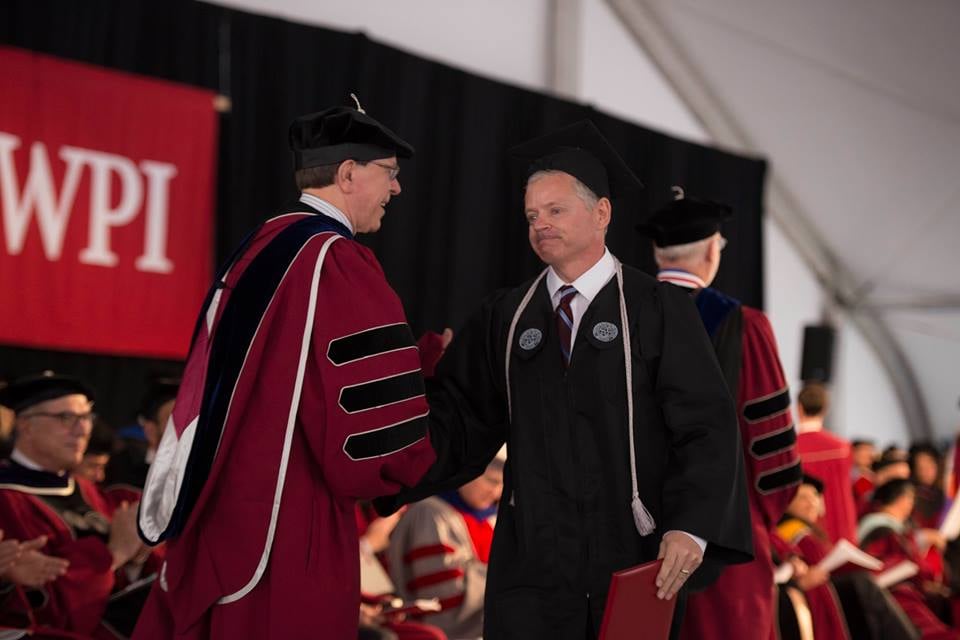 Neither age nor occupation should prohibit you from following your dreams — just ask 54-year-old Michael Vaudreuil. After losing his plastering business in 2007 as the global financial crisis began to unravel, Vaudreuil faced bankruptcy, foreclosure, and immense debt, according to CBS. So he took the only job he could find: as a custodian at Worcester Polytechnic Institute in Boston. In a strike of fate, he discovered that WPI offers free classes to employees, so he started taking mechanical engineering courses since he had not attended college.

Fast-forward through eight years of taking classes during the day and cleaning at night to this past weekend, when he graduated with a mechanical engineering degree. Despite receiving his diploma later in life than compared to his fellow graduates, Vaudreuil still considers it a dream come true.

In an interview with CBS Boston, Vaudreuil said, "Very few times do you ever get to experience a real 'someday' and so it feels like, welcome to my 'someday.'" Sorry, Matt Damon, we think he just stole your Good Will Hunting thunder.

Check out a CBS video of Vaudreuil crossing the stage, and just try not to smile.

Viral VideosGraduation
Around The Web

Animal Videos
This Woman Captures All the Activities Her Cats Do With Their Dad, and Talk About FOMO
by Murphy Moroney 3 days ago

Little Kids
This Mom's Empty Plate Prank Backfires on Her Toddler — Have You Ever Met a More Polite Kid?
by Yerin Kim 1 week ago