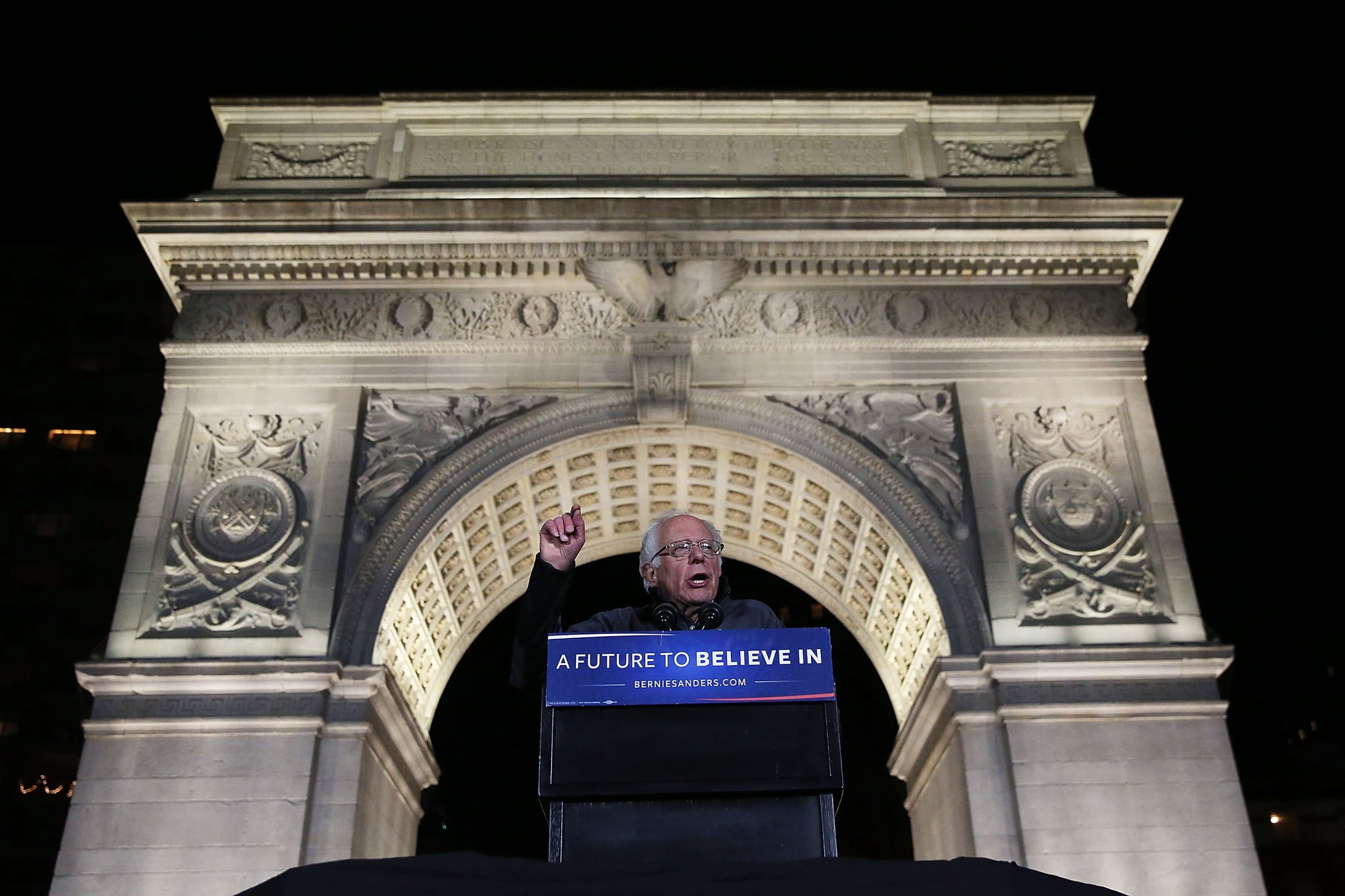 Bernie Sanders is distancing himself from comments made by one of his surrogates at a rally at Washington Square Park on Wednesday night.

Dr. Paul Song is a physician and activist for universal healthcare, and before Sanders took the stage in New York City, Song told the crowd: "Medicare for all will never happen if we continue to elect corporate Democratic whores, who are beholden to big pharma and the private-insurance industry instead of us," according to NPR.

After pressure to denounce Song's "whore" comment came from many Hillary Clinton supporters, including her communications director, Sanders tweeted that the comment was "inapporpriate and insensitive."

Dr. Song's comment was inappropriate and insensitive. There's no room for language like that in our political discourse.

Song issued his own apology on Twitter, implying he wasn't talking about Clinton, but members of Congress who don't support universal healthcare.

I am very sorry for using the term "whore" to refer to some in congress who are beholden to corporations and not us. It was insensitive.

Still, many people thought Song was speaking directly about Clinton and expressed outrage at the comment. On Thursday, the hashtag #DemocraticWhores began trending on Twitter.

We cannot tolerate this kind of language towards women, strong leaders fighting for our community. Do better! #ImWithHer #DemocraticWhores

Pretending #DemocraticWhores doesn't have gender implications is like pretending calling a woman candidate too ambitious doesn't either. Oh.

If you're still trying to make #DemocraticWhores okay by telling women to stop taking things personally, you are the problem.

Sanders might have to address the comments when the two Democratic candidates debate tonight in Brooklyn, NY, on CNN.