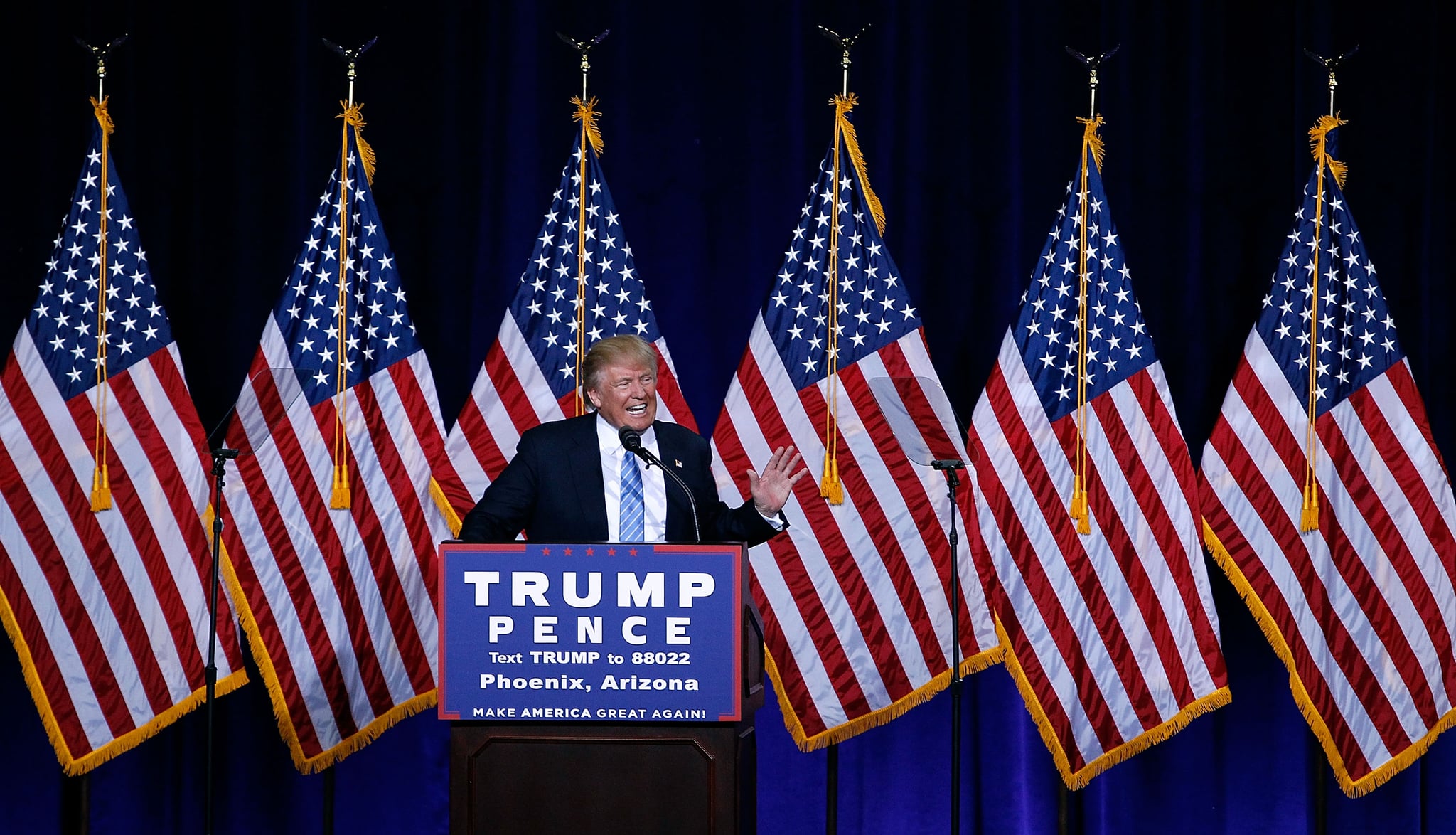 Any hope that Donald Trump was shifting toward a less hateful rhetoric died with the speech he gave on Wednesday night.

After his contentious meeting with Mexico's Enrique Peña Nieto in Mexico City, the GOP nominee hosted an event in Arizona to outline his immigration proposals. Appearing angry and shouting often, he offered the 10 steps he'd take if he were president. The big picture? He'd start by building a "beautiful" tall wall, deporting undocumented immigrants immediately, tripling the number of immigration and customs agents, and making sure no one who entered the country illegally would be able to obtain legal status or become a citizen of the US.

Trump: It's our right to choose immigrants likeliest to "thrive and flourish and love us" https://t.co/uUoEhj0Am6 https://t.co/nSIv4iadQp

We also heard one of his most extreme proposals yet when he said all undocumented immigrants who were arrested for (not convicted of) any crime would get deported. Throughout the hour-plus speech, Trump deployed racist tactics, painting immigrants as job-stealing, uneducated criminals.

If you were wondering if Trump was a) going to be less hateful and racist and b) going to focus on policy. The answers are no.

Here are some of the most nonsensical parts:

Trump's speech was of a much different tone than the one he gave hours earlier in Mexico, where he called Mexicans amazing, spectacular, hard-working people.

Trump tells his current audience whatever they want to hear. He's contrite and servile in Mexico, full of swagger in Phoenix.

Talk tough in the locker room. Play like a wimp on the field.

I guess "softening" includes the same sowing of fears about immigrants as killers and job stealers.

Not only did Trump's plan sound fiscally unreasonable given the cost of a big wall and three times more ICE officers, but it was also filled with racist undertones. Here's how Twitter responded:

Imagine you risked everything because you believe in the idea of America. Then you get here and a candidate does this.

He says we'll be proud of our country again. I'm deeply ashamed right now, that's for sure.

Trump is a fascist, full stop

This is unlike any speech I've ever heard from a would-be American president. We are in new territory. https://t.co/Uz4fjZve2i

Not joking: I am absolutely TERRIFIED by what I'm seeing from @realDonaldTrump right now. TERRIFIED. Holy shit...

this is an insane and unhinged speech, even for Trump

I'm really sorry for anyone watching this monster and afraid for your family. We're better than this.

Donald TrumpPolitics2016 ElectionOpinion
Around The Web