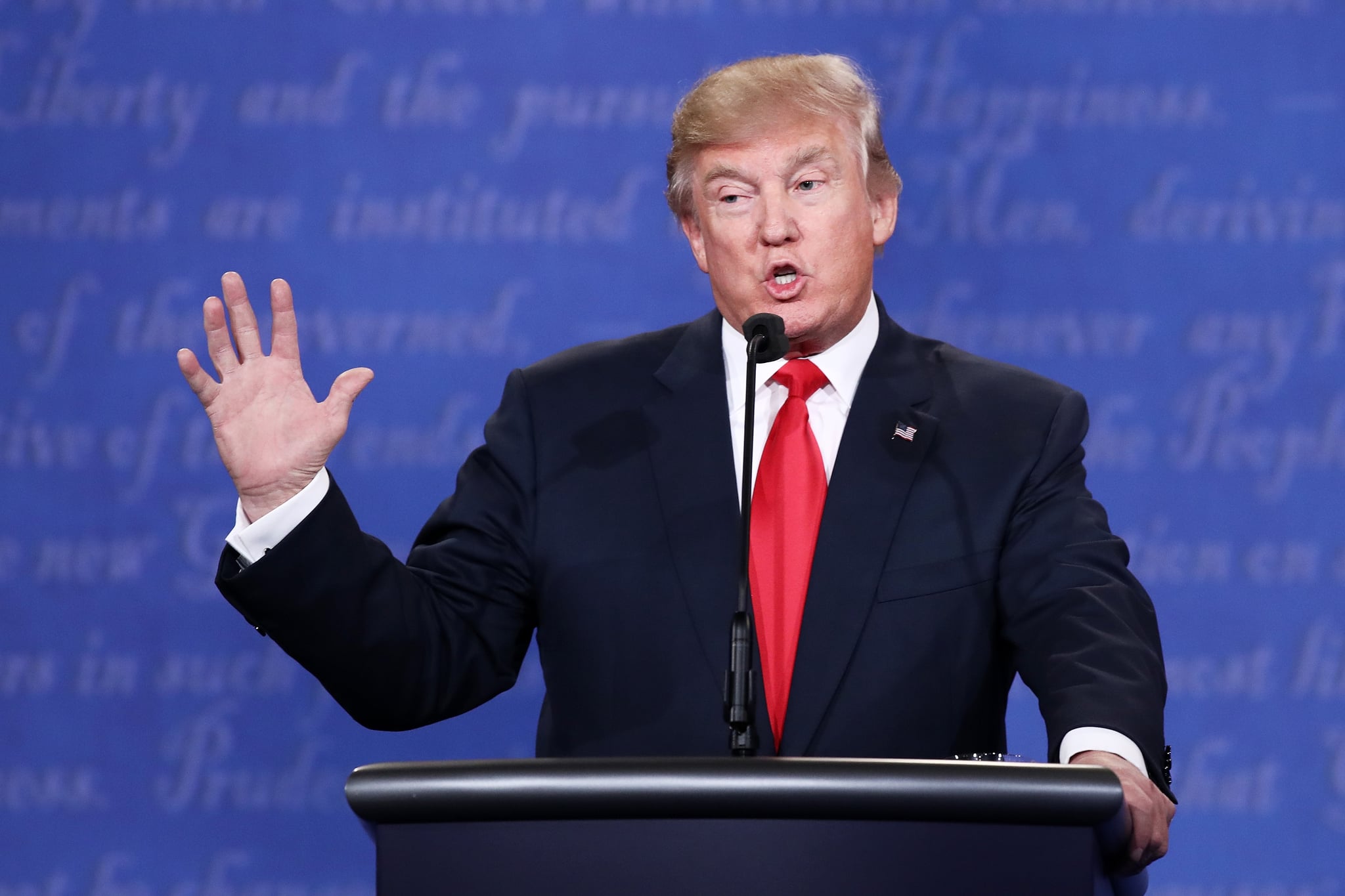 Donald Trump has never been shy about his views toward immigration, including calling Alicia Machado "Miss Housekeeping," and it was no different during Wednesday night's third presidential debate. When addressing the issue of immigration, Trump hit a new low and referred to illegal immigrants as "bad hombres."

Watch the video below, and then see how the internet reacted . . . We're warning you, it's not pretty.

Donald Trump on Immigration: "We have some bad hombres here." We're going to get them out" #DebateNight https://t.co/vMULIRBFa1

Trump: we gotta get rid of the bad hombres in this country

Me: ugh yes gross disgusting get out pic.twitter.com/49Wb0DmOrt

Is “bad hombres” part of his Hispanic voter outreach? Not out of keeping with the rest… #debatenight

Alexandria Ocasio-Cortez
AOC Details Her Experience During Capitol Insurrection: "I Thought I Was Going to Die"
by Yerin Kim 4 weeks ago