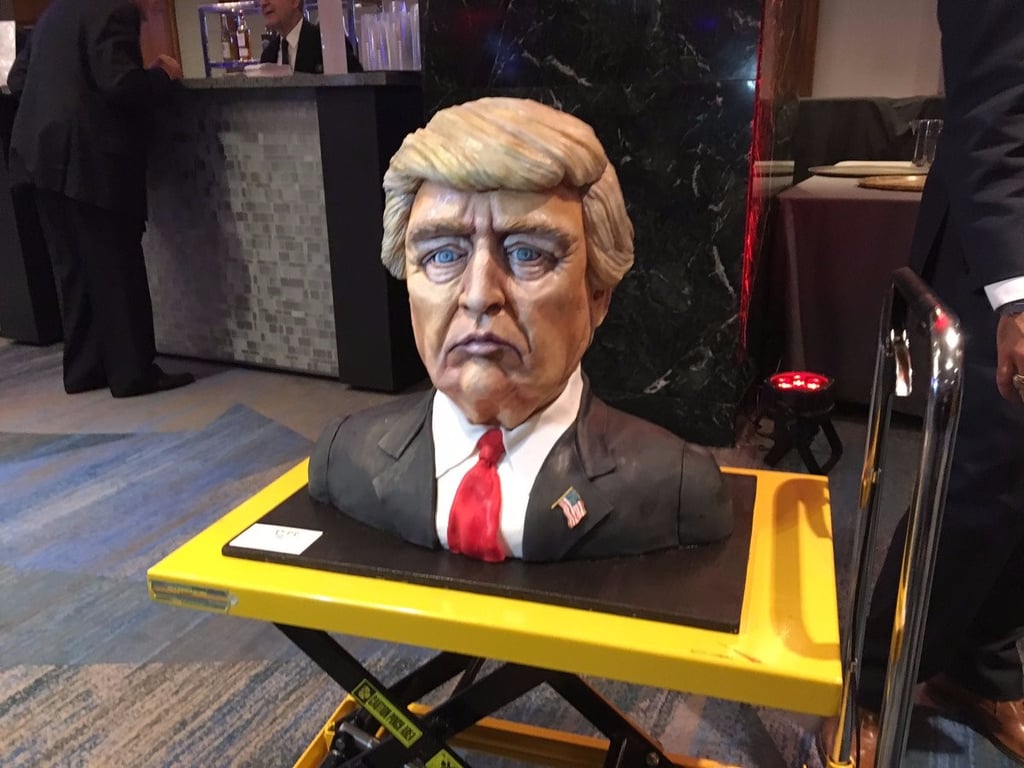 In case this year's president election wasn't scary enough, feast your eyes on this Donald Trump cake. The Trump cake was spotted outside of Trump Tower in Manhattan on Tuesday, where Trump is said to gather with his family and supporters to watch as the election results come in.

The cake was reportedly sent as a gift to the Republican nominee and was quickly removed from the premises by security — but not before going viral on the internet. Ahead, see some of the funniest reactions to Trump cake on Twitter — so far.

Paris Hilton
19 Quotes Paris Hilton Blessed Us With in Her New Cooking Show, Including "These Spoons Are Brutal"
by Caitlin Gallagher 1 day ago

Animal Videos
When Its Owner Burned Muffins, This Cat Knew the Smoke Alarm Was "Not a Drill"
by Alessia Santoro 6 hours ago