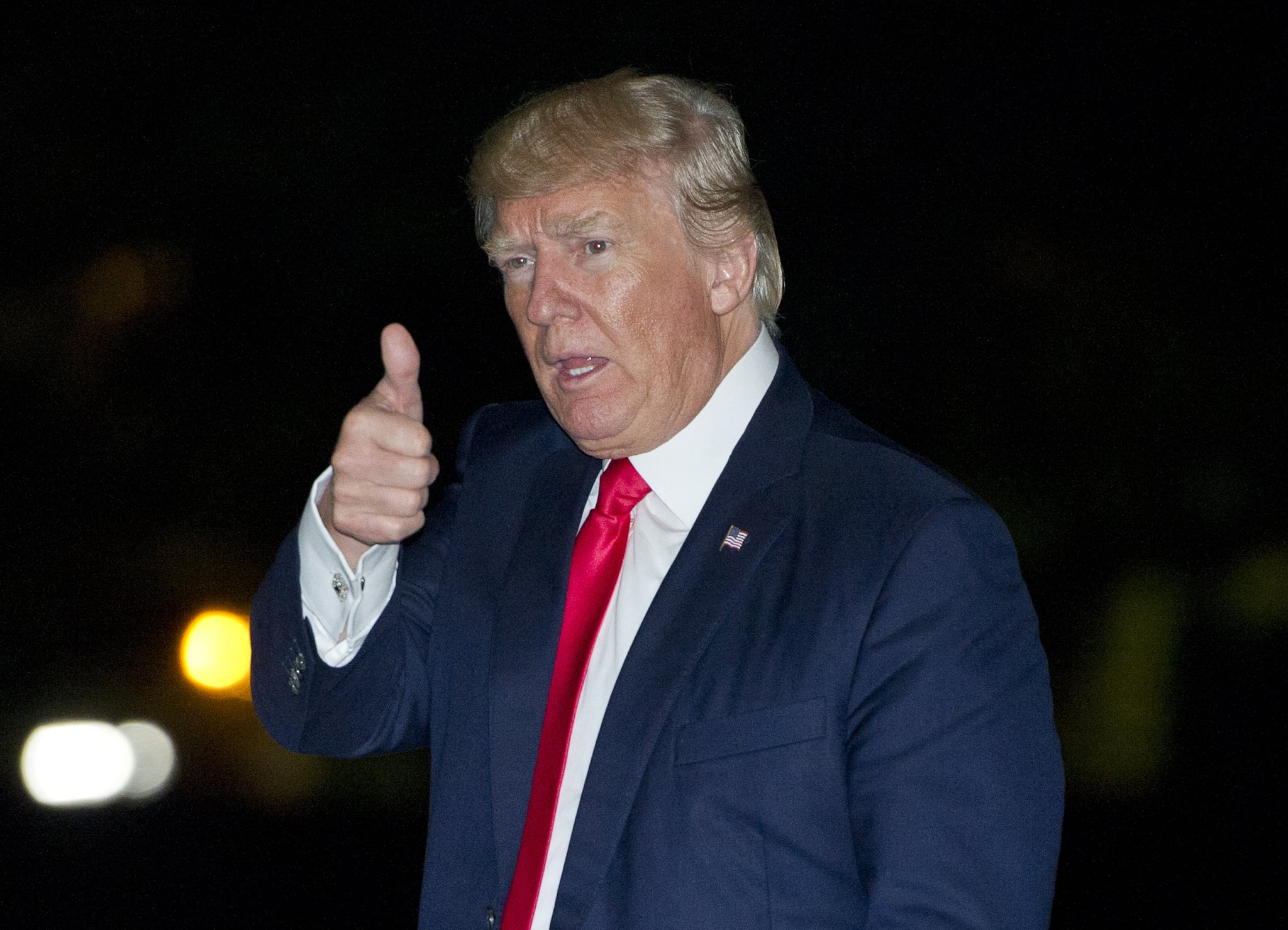 During an interview with SiriusXM, President Donald Trump demonstrated, once again, that he lacks a basic understanding of American history by suggesting former President Andrew Jackson could've stopped the Civil War had he been the president at the time.

"I mean, had Andrew Jackson been a little later, you wouldn't have had the Civil War. He was a very tough person, but he had a big heart," Trump claimed. "And he was really angry that . . . he saw what was happening with regard to the Civil War. He said, 'There's no reason for this.'"

Trump followed with another bizarre assertion. "People don't realize, you know, the Civil War — if you think about it, why," Trump wondered. "People don't ask that question, but why was there the Civil War? Why could that one not have been worked out?"

There's only one problem with Trump's postulation: Jackson died a decade before the Civil War started, so he couldn't have had an opinion on the crisis. Perhaps even less shocking than Trump's erroneous contention about Jackson is Trump's constant and consistent misunderstanding of history. Prepare to shake your head at six other times Trump proved he knows very little about the country he is supposed to run, nor much about countries he is supposed to liaise with.

1. When he seemed to think Frederick Douglass was alive.

During Trump's speech honoring Black History Month on Feb. 1, he suggested that the abolitionist was still alive. Trump described Douglass as "someone who has done a terrific job that is being recognized by more and more people." His comments were ridiculed across social media.

2. When he appeared to forget that Richard Nixon resigned because he broke the law.

In an interview on April 2 with The Washington Post's Bob Woodward, who broke the Watergate story that led to Nixon's impeachment, Trump implied that Nixon failed because of his personality. Woodward asked Trump why he thought Lincoln succeeded and Nixon didn't. Trump blamed Nixon's temperament.

Given that Woodward published the story which led to Nixon's resignation, Trump's error is fairly astounding — and Woodward had to remind Trump that Nixon was a criminal. "And he broke the law," Woodward added.

Trump's response is hesitant, but he acknowledged Nixon's crimes. "And he broke the law, yeah. Yeah. He broke the law. Whether that's insecurity . . ." said Trump.

3. When he didn't realize that the Republican party used to be called "The Party of Lincoln."

At a rally in Louisville, KY, on March 20, Trump apparently did not realize the Republican party is often referred to as Lincoln's party. "Great president. Most people don't even know he was a Republican," Trump said. "Does anyone know? Lot of people don't know that."

"They've been talking with this gentleman for a long time," Trump said of America's dialogue with North Korea. "You read Clinton's book, he said, 'Oh, we made such a great peace deal,' and it was a joke." Later, Trump continued to assert his misunderstanding. "Everybody has been outplayed, they've all been outplayed by this gentleman, and we'll see what happens," Trump added with reference to Obama's negotiations.

Trump was evidently unaware that Kim Jong Un has only been in power since 2011 — after the death of his father. So, both Clinton and Obama have deliberated with both leaders — not just one "gentleman" as Trump insinuates.

5. When he said that North Korea used to be a part of China.

Following Trump's meeting with the President of China Xi Jinping, Trump revealed yet another misunderstanding of global history on April 12. Describing his meeting with Xi and their discussion of North Korea, Trump asserted that North Korea was once a part of China. Not only was he wrong, Trump implied that Xi delivered this information. Koreans were outraged by Trump's comments.

6. When the administration failed to mention Jews specifically in its statement for Holocaust Memorial Day

On January 27, Holocaust Remembrance Day, the White House released a particularly tone-deaf statement. While it acknowledged "the victims, survivors, heroes" of the Holocaust, the White House's release did not specifically recognize the six million Jews who died. Many Americans took the administration's omission as an act of anti-Semitism.