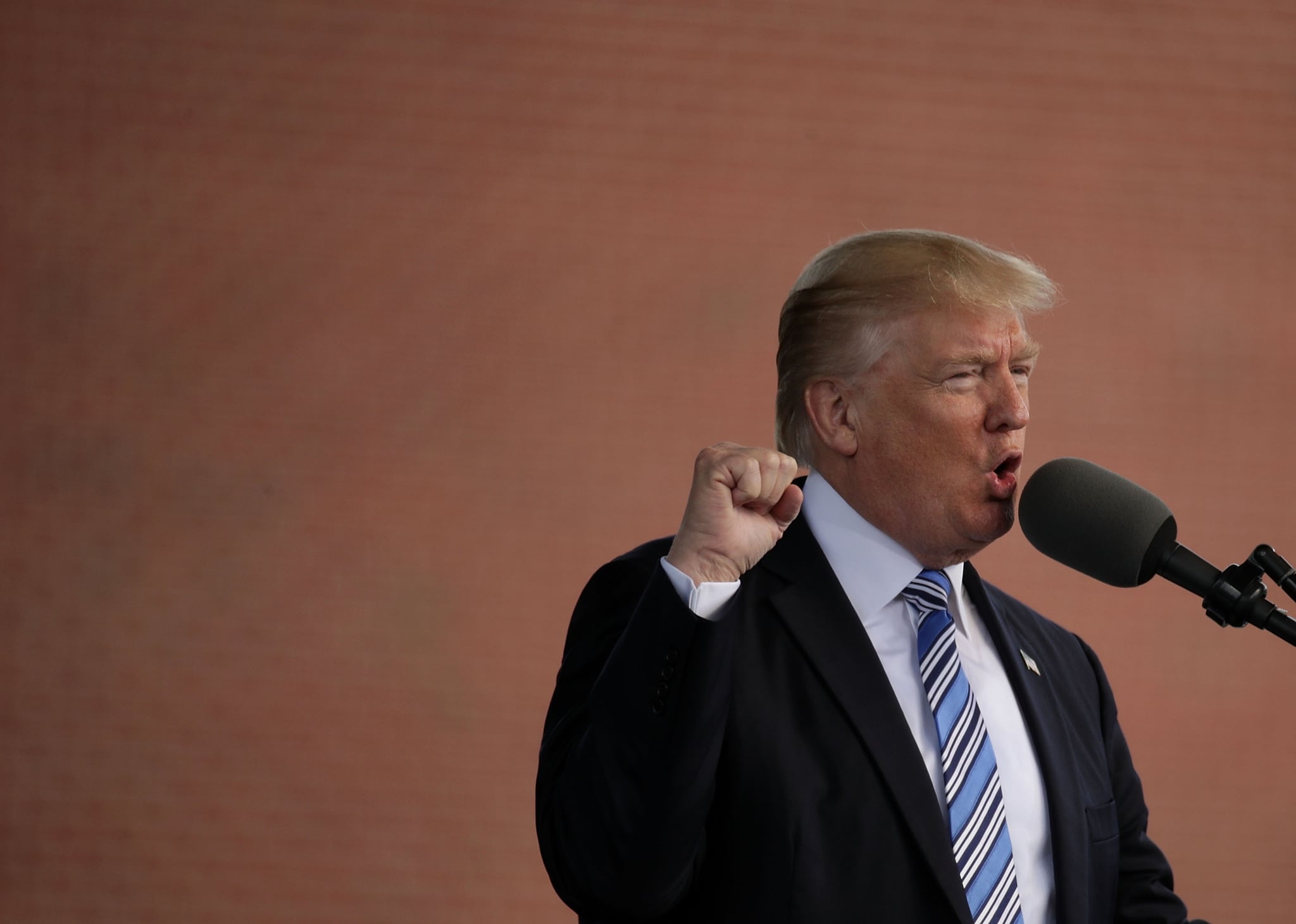 President Donald Trump recently delivered a commencement speech at Liberty University on May 13. In his keynote address, the president encouraged the soon-to-be graduates to enter the world with passion, courage, and confidence. Though, to be fair, these types of cliched inspirational speeches tend to resemble one another, Jimmy Fallon and the team at The Tonight Show realized where they had heard the president's speech before: in Legally Blonde.

In this mesmerizing video, footage from the recent graduation is juxtaposed with a clip of Elle Woods speaking at her Harvard graduation in the classic 2001 comedy. Apart from a few words, Trump's remarks are almost identical to those of Woods. Following the revelation, Fallon screamed, "What is going on?" We're asking ourselves the same question.

Nostalgia
Test Your Legally Blonde Quotes Knowledge With This Quiz — What, Like It's Hard?
by Amanda Prahl 3 days ago

Emmy Awards
Reese Witherspoon and Kerry Washington Threw a NYE Party For the Emmys, Because They're Over 2020
by Kelsie Gibson 5 days ago