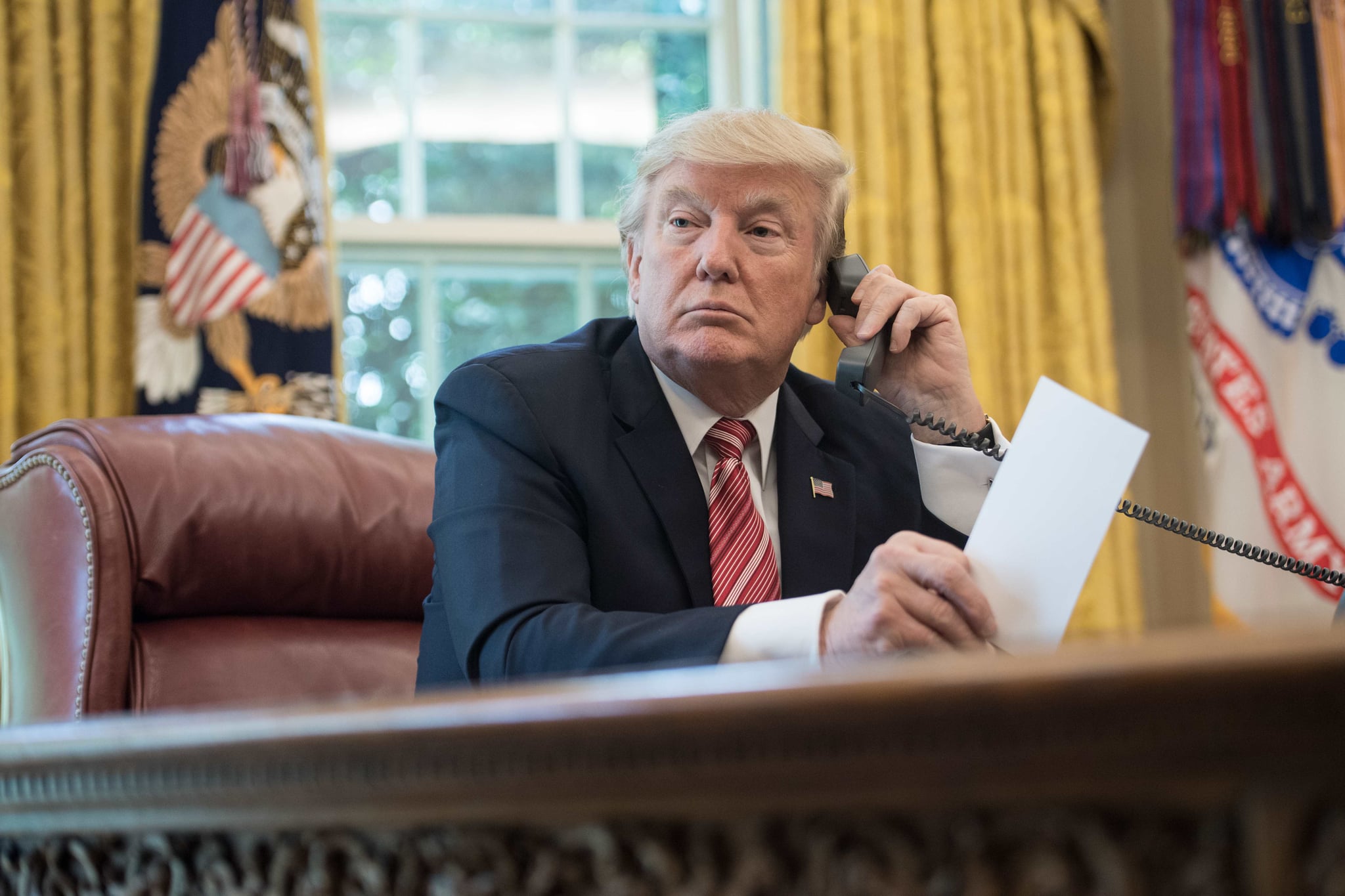 President Donald Trump went back on attack mode on Saturday morning when he tweeted about MSNBC's Morning Joe hosts once again. "Crazy Joe Scarborough and dumb as a rock Mika are not bad people, but their low rated show is dominated by their NBC bosses," Trump wrote. "Too bad!"

Crazy Joe Scarborough and dumb as a rock Mika are not bad people, but their low rated show is dominated by their NBC bosses. Too bad!

The recent tweets come after both Republicans and Democrats criticized the president for attacking Morning Joe host Mika Brzezinski, calling her "low I.Q." and talking about her appearance earlier this week. CNN's Don Lemon also took a moment to address Trump's comments on his show, calling them "gross and disgusting," but that hasn't stopped Trump from lashing out on his personal Twitter account. Read on to see how the internet responded to Trump's latest attacks.

what is going on with you? Are you ok Sir?
These words are not very Presidential.
Please stop this.

Donald have U ever heard of the Miranda rights? As in anything U say can+will b used against U U dumb fuck?

He's a child. Putting others down to make himself feel better. Unacceptable behavior. Not someone to look up to. 🤦‍♀️ trump is embarrassing

Ok! You need to seriously grow up and stand to the honor of tge office you hold! You are the president of the united states! Hello!

seriously bro. Please stop. You are an example to millions of children. And a leader. Just. Stop.

.... I just had to check this wasn't a parody account. Nope, it's the leader of the USA. How embarrassing.

You make Obama look so good. It's amazing.

A mass shooting in #LittleRock gets no attention this morning, but thankfully Trump had time to call Mika "dumb as a rock."

Are all of your horrible tweets supposed to be examples for Melania to use in her campaign on cyber-bullying?