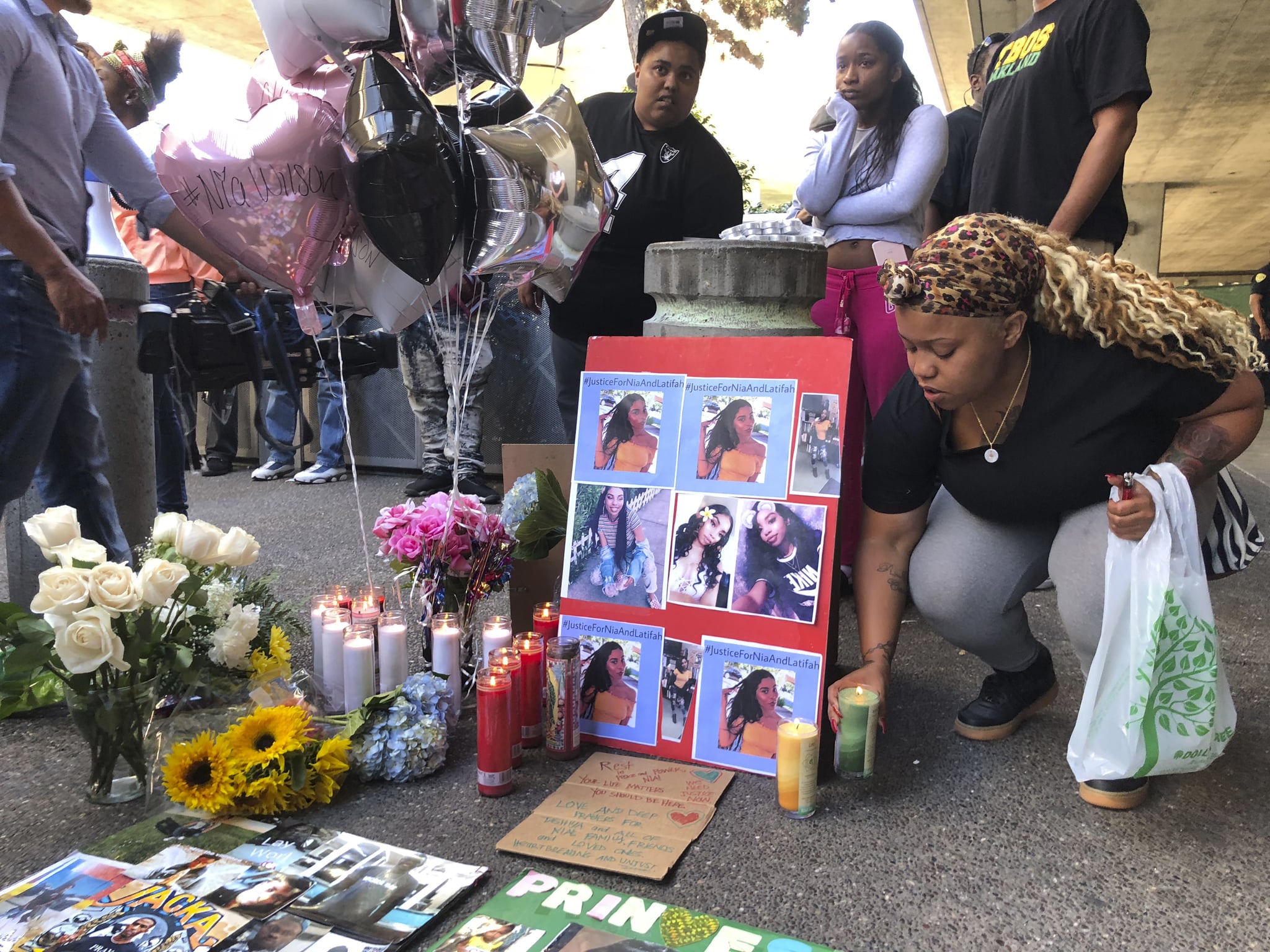 From a possible serial killer targeting black transgender women in Florida to the murder of 18-year old Nia Wilson in Oakland, CA, fatal violence against black women and girls remains one of the most woefully underreported realities of our increasingly divided nation. With both white supremacist ideology and misogyny finding more public affirmation and viral support, black women, girls, and femmes are particularly vulnerable as potential victims of this increasingly violent uprising.

"White supremacist and misogynistic attitudes and behaviors converge on the bodies and livelihoods of black women, girls, and femmes."

Although the alleged murderer's motives remain unknown, what is clear is that a 27-year old white man named John Lee Cowell slit an 18 year-old black girl's throat and stabbed her sister Letifah Wilson at an Oakland BART train station on July 22. Hate crimes — of which Cowell has notably not been charged — in California have risen drastically in the past year, with antiblack hate crimes comprising the largest category. The police did not release images of the suspect or video footage of the heinous crime for nearly a day. A local media outlet published a picture of Nia Wilson with a handgun-shaped cellphone case despite her status as the victim of a vicious crime, sparking outrage in the community and a demand for accountability from the National Association of Black Journalists.

Consider the election of a president who called Mexicans rapists and joked about sexual assault, or an uptick in white domestic terrorism and the rise of "incels"; the current political, cultural, and social climate offers a more public and unabashed space for bigotry, discrimination, and acts of aggression toward marginalized groups than any other era in our lifetimes. Explicit expressions of white supremacist and misogynistic attitudes and behaviors converge on the bodies and livelihoods of black women, girls, and femmes.

This climate means that even when the physical assault of a black woman by three cops is caught on tape, she can be found guilty of disorderly conduct and resisting arrest. The assault and subsequent arrest and conviction of Chikesia Clemons perfectly exemplifies what can happen at the intersection of white supremacy and misogyny. The violence inflicted upon her body is not only defended as legal, but normalized by criminalizing her body and speech. The lack of accountability for being dragged across a floor and having her breasts exposed sends a clear and disturbing message: there aren't often consequences for violating black women.

"We will strengthen our ability to #SayHerName, not just as a hashtag, but as a deliberate practice of upending racism and sexism."

This climate also produces a space in which the murders of nine black trans women killed thus far in 2018 receive little to no coverage in mainstream media. Black trans women exist at the intersection of antiblack racism, sexism, and transphobia — and often poverty as well. Their murders are simultaneously antiblack, antiwoman, and antitrans. Compounded forms of oppression render ALL black girls, women, and femmes uniquely vulnerable.

A new report by the Anti-Defamation League's Center on Extremism identifies a distinct and violent relationship between white supremacy and misogyny. Despite the report's important assertion that we must understand the connection between these oppressive ideologies to comprehend the reality of either, it fails to fully recognize and honor decades of existing work by feminists of color linking racism and sexism. It also decenters the unique way white supremacy and misogyny affect black women, girls, and femmes. Although all white supremacists may not be misogynists, and all misogynists aren't white supremacists, willfully or unconsciously ignoring the distinct ways antiblack racism and sexism work together to victimize black women, girls, and femmes is dangerous and potentially fatal.

Concepts such as intersectionality (a term coined by Kimberlé Crenshaw) and multiple jeopardy (a term coined by Deborah King) demand that we acknowledge racism, sexism, and other forms of oppression as interconnected. At the far too often deadly intersection of toxic masculinity, misogyny, and antiblack racism, black women, girls, and femmes fight to survive. Black feminists scholars, writers, artists, and activists invented and enlivened these concepts to explore, describe, and fight back against marginalization of and violence against black girls, women, and femmes.

Acknowledging the interplay among racism and sexism is important for grasping what happened to Nia Wilson and her sister. Reports and stories on the tragic death of Wilson and other black women killed thus far this year should thoughtfully consider how black women, girls, and femmes experience the conjunction of white supremacy and misogyny. In doing so, we better honor the lives of those killed by these violent forces. We will strengthen our ability to #SayHerName, not just as a hashtag, but as a deliberate practice of upending racism and sexism. To fight for and with black women, girls, and femmes means to rail against the conjoined forces of white supremacy and misogyny. The dismantling of either requires the dismantling of both.