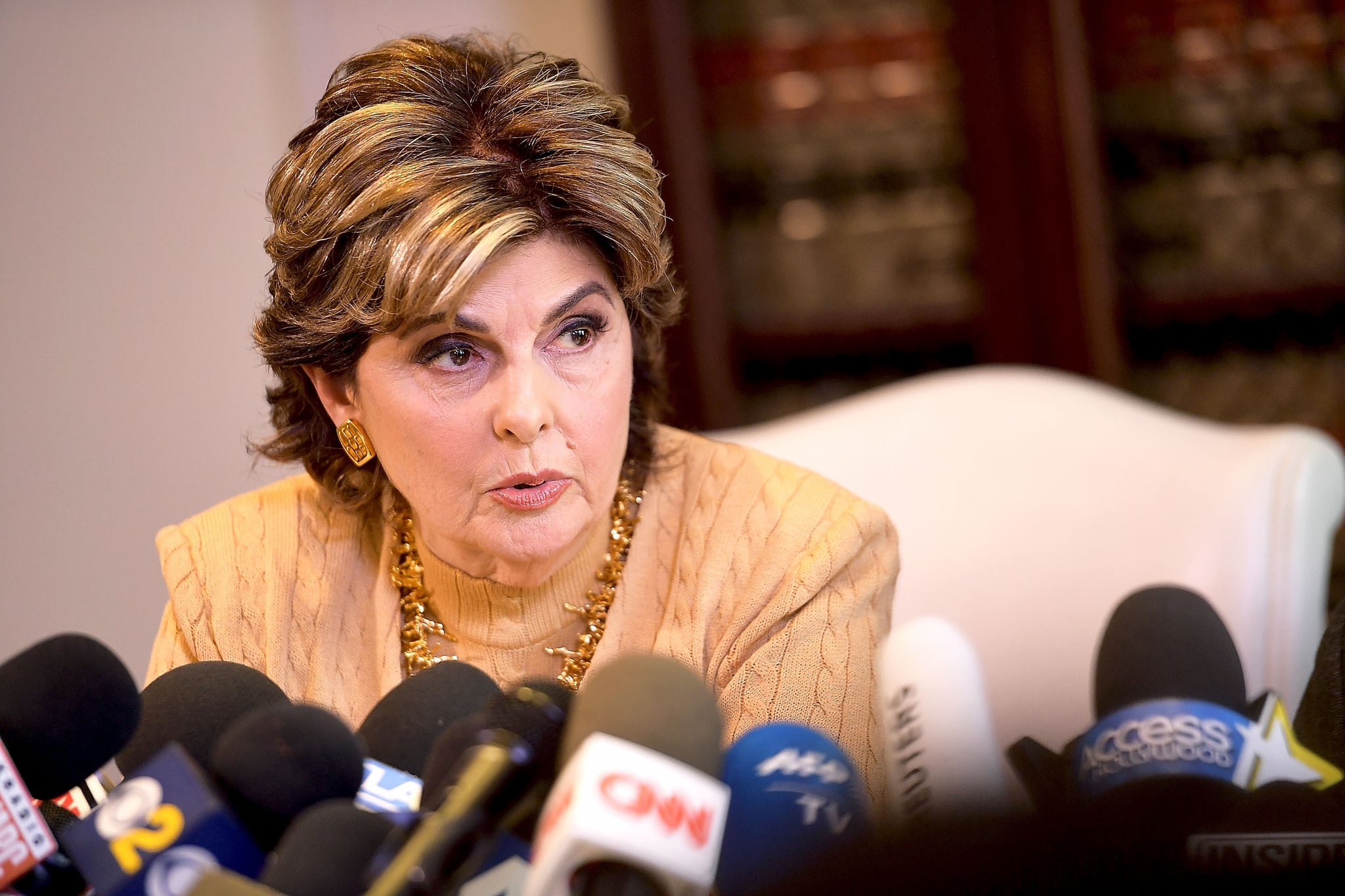 Attorney Gloria Allred — who has been waging an ongoing legal battle against sexual harassment and assault for more than four decades — would like to make it clear she is just getting started.

The powerhouse lawyer was on hand to moderate a panel conversation titled "Beyond the Headlines: A Conversation on Sexual Harassment and Abuse in the Entertainment Industry" at SAG-AFTRA headquarters on the night of Nov. 14. The event came just one day after Allred held a press conference in NY with her client Beverly Young Nelson — one of several women alleging that Alabama Senate candidate Roy Moore either sexually harassed or assaulted them when the accusers were teens — and just hours after she filed a new lawsuit against Harvey Weinstein and The Weinstein Company on behalf of a Jane Doe in LA. The unnamed actor says she was raped in a Beverly Hills hotel room by the now-disgraced producer last year in the legal filing, and during Allred's remarks at the SAG event, she promised that the new legal action against Weinstein "won't be the last" one she takes.

Allred touched on the legal basics of sexual harassment and her experience securing confidential settlements for sexual harassment victims during the event, which drew a crowd of a couple hundred SAG-AFTRA actors and performers. On the latter subject, she said: "My lips are sealed — which is really hard for me — which is why I'm a burning feminist," pounding a fist on the podium to punctuate the word "feminist."

We spoke with Allred after the event about whether this is truly a tipping point when it comes to sexual harassment, how she responds to Moore's suggestion that she is on a "witch hunt" against him, and the limits of hope.

POPSUGAR: Since Beverly Young Nelson came forward, have more women contacted you to allege abuse [by Roy Moore]?
Gloria Allred: I'm not able to comment on that at this time.

PS: I'd love to ask you to expand on something that came up during the panel tonight, which is this phrase "witch hunt" we keep hearing. Is there anything particularly upsetting about those specific words being used to frame [sexual harassment claims] as somehow overblown? Roy Moore has used those words in regard to you and Beverly.
GA: Well, it's not upsetting because it's like, that's all ya' have? Is that your best shot you can take, in terms of trying to wage ad hominem attacks? First of all: women are not witches. Do I need to say that in 2017? I guess I do. He may be trying to distract from the real issue, which is did he or did he not sexually assault, or sexually abuse, any of these women when they were minors? My client has volunteered to testify under oath as to what she alleges happened . . . and that could happen if the Senate Judiciary Committee or the Senate Ethics committee would hold a hearing. I did the news conference in New York yesterday, but I also emailed this letter to the US Senate Select Committee on Ethics today asking them to hold a hearing, and then I also emailed to the Senate Judiciary Committee the same letter. [Allred produces copies of both letters.] I'll look forward to their response.

PS: Something that I sensed in the room tonight — and Rebecca Traister wrote a great piece about this — is that there's some apprehension on the part of women that one false accusation or poorly reported story could unravel all this progress we've seen as of late, that there's a concern about a backlash.
GA: So, that's one of the reasons one of the questions was about if there will be fewer women on set, because they'll be afraid to hire women. A good question from a member of the audience. Well, if that should happen, then there would be a cause of action if that was proven. That would be discrimination against women on account of their gender.

Many of them have had a sense of entitlement; the arrogance of power. And now they understand there could be a cost to this financially, and of course, reputational cost, emotional cost.

PS: So do you think we're at a tipping point now where these things are not going to be tolerated in the way they once were?
GA: Yes. Will it end, sexual harassment? No way. The consequences have to be stiff enough that the harassers think, "You know what? It's going to be too costly for me to do this anymore." Many of them have had a sense of entitlement; the arrogance of power. And now they understand there could be a cost to this financially, and of course, reputational cost, emotional cost. These are the costs borne by the wrongdoer.

PS: You also asked a few weeks ago that The Weinsten Company set up a fund —
GA: Yes, a victims' justice fund.

PS: Has there been any progress on that?
GA: All I can say is there's not a "no" yet. There's not a "no." There's not a "yes." We're still working toward it. They're certainly aware of my proposal — my invitation to do the right thing. They indicated even before I made it that they wanted to pursue justice for victims. And I said, of course, that's my goal as well. I represent numerous alleged victims of Mr. Weinstein and of The Weinstein Company, and it's never too late to do the right thing. That's all I can say at this time, but we'd like that to happen. We don't want to hear, "Oh, statute of limitations." We want to hear, "We want to do the right thing." And we gave them an invitation to enter into a process. The process is arbitration or mediation, and sooner rather than later.

PS: One thing you spoke about tonight is the right of women to remain anonymous, but women choosing to remain anonymous is sometimes used against them, to discredit them. How would you respond to that?
GA: Well, they're not going to be anonymous as to the person they're accusing, because that person always has a right to confront the witnesses against him. But journalists typically have a protocol, too, where they don't report the names of rape or sexual assault victims if the rape or sexual assault victim does not give consent. So even if he or she gives their name at a trial, which they need to do, it may not be reported by the press — if the victim has not agreed to risk or sacrifice her privacy.

PS: What do you think is the next big and important battle in this larger war against the sexual harassment and assault, whether it's a legal step, or just a cultural change we need to see?
GA: Well, I think the cultural change is important, because the opinion that's created, in the court of public opinion, is always important. When certain behaviors are condemned and the consequences of those behaviors become known — when victims know their rights, they become empowered — that helps to create change. No one ever gives women any rights or any change unless we fight for them. Stand up for them. No one's ever given women the right to vote, for example. It took women 72 years to get the right to vote, and that's women standing up and fighting for it. And no one will stop sexual harassment until victims say enough, we're going to assert our rights. We know we have a right to be free of it, it interferes with our right to equal opportunity. It's a form of sex discrimination. And for the wrongdoers, they have to know there's a substantial cost to sexually harassing.

PS: You've been at this for more than four decades. What gives you hope — or what have you seen change — that makes you want to continue to do this work, that proves progress is being made?
GA: Progress is being made, because we have more rights than we did when I started 41 years ago, and women are more aware of their right to be free of sexual harassment and rape and sexual assault. That gives me hope, but hope is a child's word. Hope is important — but more important is working for change, fighting for change, winning change. And I'm interested in justice. And others can debate the morality of it, but I'm interested in justice, which is long overdue for victims — many of whom are women. 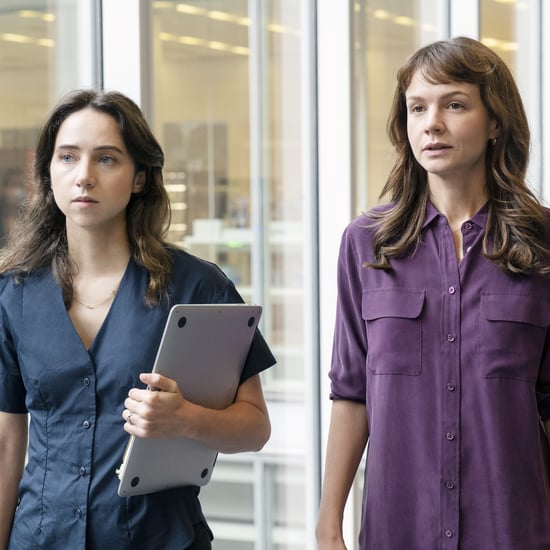