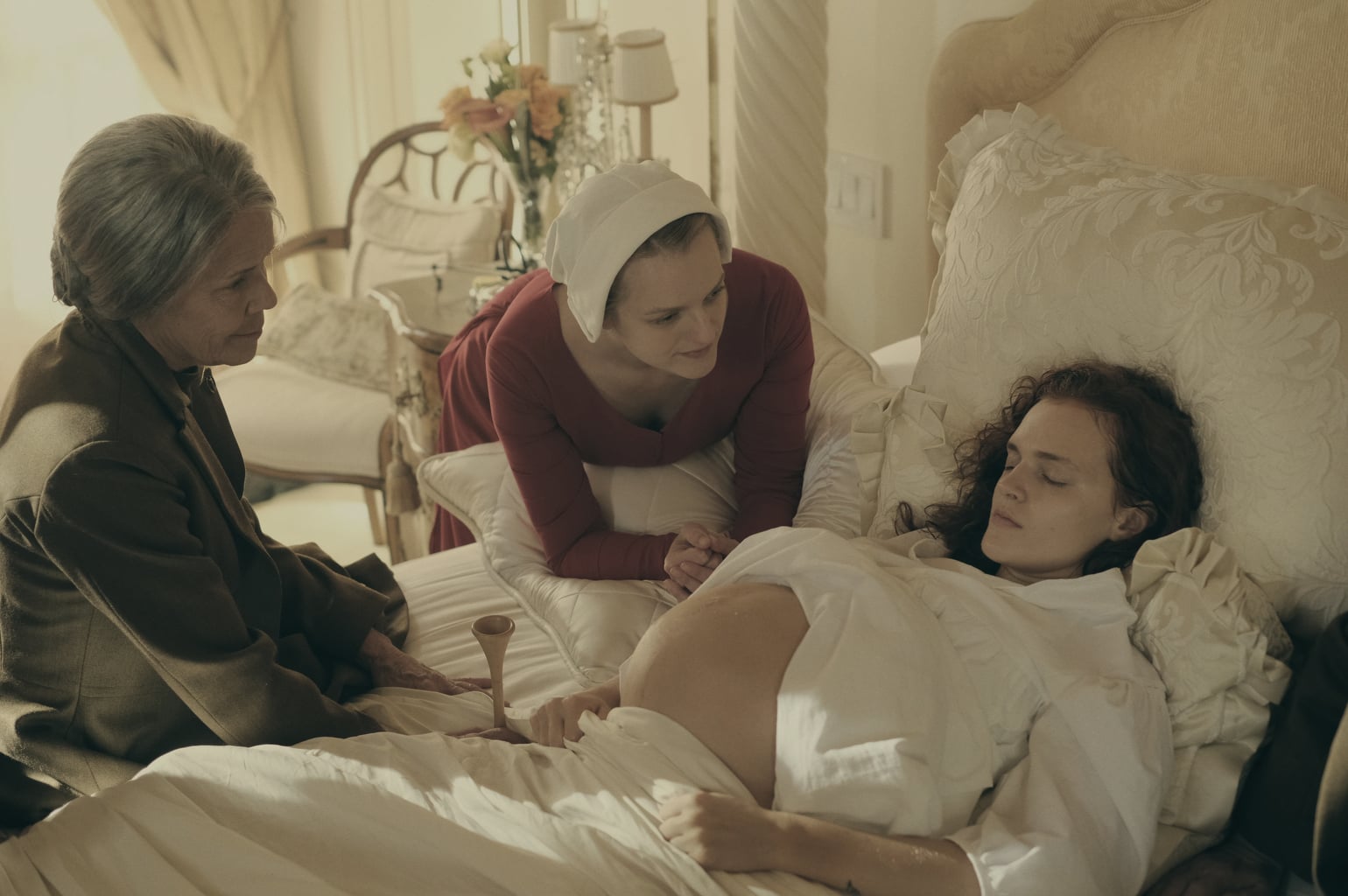 With the TV adaptation of Margaret Atwood's The Handmaid's Tale, people across the world will get a visceral preview of what happens when a regime defined by misogyny, cynicism, and a distaste for facts rises to power. Atwood's dystopian vision depicts a fictional world in which women are nothing more than childbearing vessels, nothing more than domestic servants, and nothing more than wives whose sole claim to power rests in the hands of their husbands. Women who think, who rebel, who choose — and also women who fail to bear children, who fail to live up to an idea of "womanhood" that has nothing to do with humanity and everything to do with biology — are declared "unwomen."

If you're a woman in 2017, you might recognize this world thanks to the rise of politicians who have felt less and less pressure to hide the misogyny driving their attempts to control the most intimate aspects of a woman's life. And this rise has been made possible by none other than President Donald Trump.

The government of The Handmaid's Tale is fueled by a misogynist agenda and systematically enacts policies that rob women of their autonomy. After the leadership's rise to power, the main character of The Handmaid's Tale stops by a convenience store to pick up a pack of cigarettes before work only to learn that her bank account has been shut down. When she arrives at work, she learns that this isn't a fluke: the government has not only frozen every woman's bank account but has also made it illegal for women to hold a job and hold property at all.

"It's only a job," the central character's husband says when she returns home that day. "You know I'll always take care of you." It is clear that he has missed the point.

In our reality, women are already treated like second-class citizens in so many ways: women of color make as little as 58 cents for every dollar their white male counterparts make. Pregnant women lose their jobs because they need an extra bathroom or water break. Republicans in Congress want to drag us back to the days of charging women more for our health care and when being a woman was considered a pre-existing condition. And the onslaught of antichoice legislation in this country has chipped away at our fundamental right to control our bodies and decide whether, when, how, and with whom to start or grow a family.

President Trump's misogynist agenda only promises to pull us backward and erase the progress we have made on the road toward gender equality. He has laid bare the real motive behind the war on reproductive rights waged by antichoice politicians and extremist groups: it has very little to do with abortion and everything to do with keeping women in our place by limiting our options and freedom.

Trump let the cat out of the bag last year when he matter-of-factly claimed "there has to be some form of punishment" for women who choose abortion. Of course the people who cheer him on are the same people who believe that birth control pills and IUDs — the most basic tools women use to control their futures — should be illegal. One even claimed that a world without these forms of contraception would be "ideal." And antichoice state legislators from Wyoming to Missouri make their real feelings about women clear when they compare us to livestock and quip that we should go to zoos to access basic health care.

The examples are endless, and it is clear that the rise of a reality where women do not have basic rights is made possible not only by politicians bent on controlling women, but also by a populace that tells itself, "That can't happen here."

"There were marches, of course," writes the unnamed narrator of The Handmaid's Tale, reflecting on the protest movements women led against the rise of this catastrophic and misogynist theocracy, "but they were smaller than you might have thought."

Related:
11 of Your Questions About the Future of Reproductive Rights, Answered by Legal Experts

The good news for us is that our marches have not been small. Across the country and the world, people have made it clear that the majority does not believe in the dystopian worldview peddled by extreme antichoice groups and politicians like President Trump and Vice President Mike Pence. Seven in 10 Americans believe abortion should be legal and accessible, and the same number think the Supreme Court should not overturn Roe v. Wade. This majority is fueling the resistance against the dangerous antiwoman, antifamily agenda pushed by President Trump and his Republican allies from Washington to the state legislatures.

Luckily, leaders at every level of government are getting the message, and they understand that Americans will support those who stand strong behind reproductive freedom and gender equality. In states like Nevada and Washington, legislators are leading a proactive resistance by working to make birth control even more accessible. States like Massachusetts, Oregon, and Tennessee are also working on laws that would require insurance providers to cover a broad range of birth control, not just certain types or brands.

It is no surprise that America's appetite for dystopian fiction skyrocketed after President Trump's election. We must look to it not only as a warning of what could be, but also as a guide to how we can push history in the right direction. We must stand up, stand strong, and stand together in support of the fundamental idea that every woman deserves the same opportunity and freedom as men to control her body and her future.