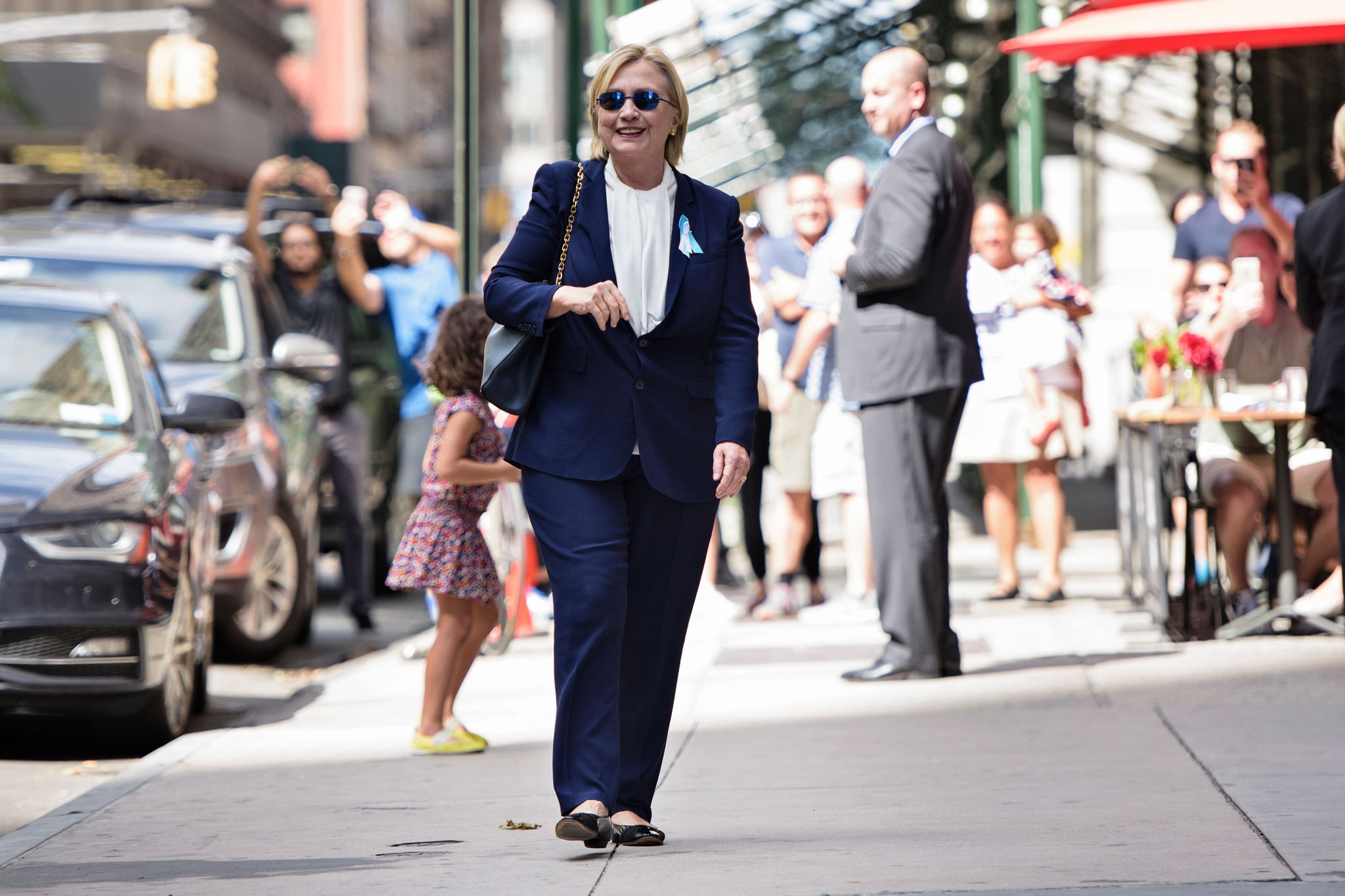 Hillary Clinton had a tough weekend — 48 hours of what some might describe as a major setback to her campaign. On Saturday, she caught criticism for labeling half of Donald Trump's supporters as fitting into a "basket of deplorables." The next day, she stumbled as she abruptly left a 9/11 memorial service; her doctor Lisa Bardack announced later that day that Clinton had been diagnosed with pneumonia after fighting a prolonged cough. But both of these events might actually help rather than hurt her.

Indeed, the Democratic nominee's comment about Trump voters wasn't the best decision, since it could alienate a population of people. While speaking at a fundraiser, Clinton called Trump's supporters deplorables because of their beliefs. "You know, to just be grossly generalistic, you could put half of Trump's supporters into what I call the basket of deplorables. Right? The racist, sexist, homophobic, xenophobic, Islamaphobic — you name it," she said, according to The New York Times. "He has given voice to their websites that used to only have 11,000 people — now 11 million. He tweets and retweets their offensive, hateful, mean-spirited rhetoric. Now some of those folks — they are irredeemable, but thankfully they are not America."

Though she was right that Trump has empowered people with such mindsets, Clinton was wrong to generalize an entire group. The gaffe is comparable to Mitt Romney's now infamous "47 percent" comment where he suggested people dependent on the government wouldn't vote for him. It also resembles the time President Obama upset voters during his first campaign, when he called out citizens who "cling to guns or religion or antipathy toward people who aren't like them or anti-immigrant sentiment or anti-trade sentiment as a way to explain their frustrations."

Clinton had control over those words, but less in her control was the second "scandal" of the weekend — her health. She left a 9/11 memorial and was recorded stumbling as she got into her car. Her campaign said she was feeling overheated in the hot New York weather and her doctors announced she was battling pneumonia.

The confirmation of her tenuous health might appear to give credibility to Trump's claim that she is not healthy enough to be president. But many have pointed out how other presidents and vice presidents like John F. Kennedy and Dick Cheney successfully went on to serve after suffering from their own health scares.(JFK was plagued with illness throughout his campaign and presidency, including Addison's Disease which left his immune systems severely debilitated, and Cheney's heart disease was well documented.)

People have also noted how Clinton's ability to campaign while fighting an illness might win her some points; it makes her look good because it's a sign of a great leader.

Wait, so Hillary has PNEUMONIA and she's still campaigning as hard as she is? You realize how badass that is, right?

Others said her health is being scrutinized more closely than normal because she's a woman.

Cheney's bad heart, Bush 41 spewed, FDR had polio ... but a lady gets the vapors & it's a crisis.@HillaryClinton pic.twitter.com/KhV3kbaeZY

The notion that Hillary Clinton, who has basically worked 16 hour days for years, is too soft is 120% about gender. Full stop.

And some believed her health worries paled in comparison to the consequences of a Trump presidency.

Antibiotics can cure pneumonia but they can't cure misogyny, racism, xenophobia, ignorance or wanting to bang your daughter. #HillarysHealth

At the very least, I'm far less concerned about Hillary Clinton's physical ailments than I am about Donald Trump's mental ones.

All of which is to say that Sunday's health scare might not be as big of a deal as some would make it seem. While both Trump and Clinton have not released their official medical records, Clinton did release a detailed letter from her doctor in July explaining she had no serious health conditions. If anything, Clinton's diagnosis proves that she is human and humans do occasionally get sick.

As for her "deplorables" comment, she will likely recover in the same way Obama did after his gaffe about guns and religion. Obama later apologized for how his comment offended people, but he did not back down from its veracity. Clinton has also expressed "regret" for describing some of Trump's supporters as deplorable, but she stood by the claim's point in a statement. "I won't stop calling out bigotry and racist rhetoric in this campaign," she said. Sticking to her beliefs might be enough for people to forget about her no good, very bad weekend — and maybe even see it as a good thing.