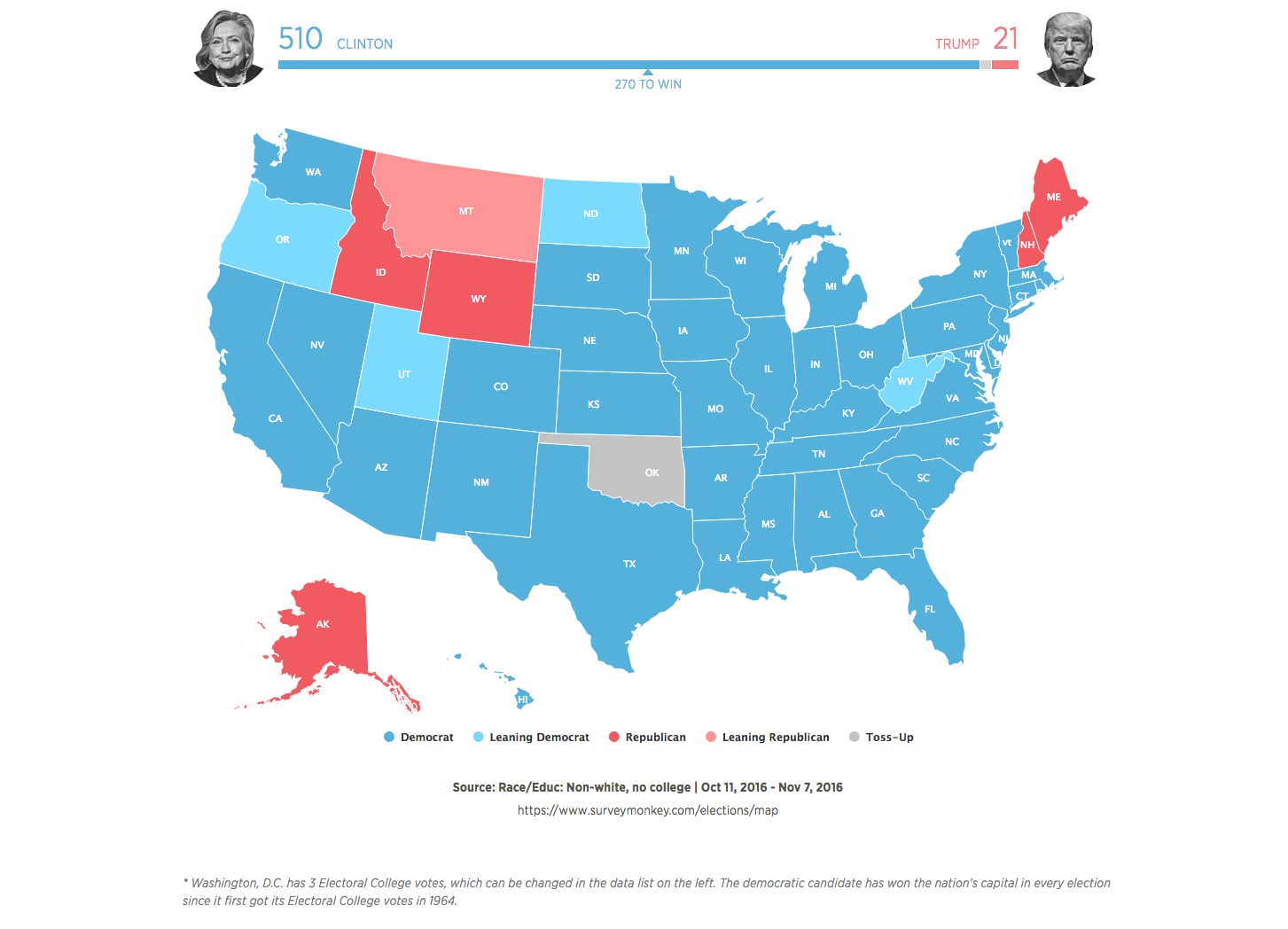 If you're a millennial who voted for Hillary Clinton on Nov. 8, 2016, don't give up hope that our country will have a bright, democratic future. According to this map released by Survey Monkey, had the election results been up to millennials, then Hillary would have, um, trumped Donald Trump. Instead, you know how this story plays out.

A photo of the pictured map is going viral on Twitter. (The map has since been updated on Survey Monkey but shows similar results.) It's not too surprising considering how many Gen Y influencers publicly supported Hillary Clinton, including Lady Gaga, Miley Cyrus, Lena Dunham, and Katy Perry.

So what went wrong? According to exit polls, though the number of millennials eligible to vote has increased since the past election, a smaller number of them came out to vote for Hillary than they did for Barack Obama when he first ran.

So while Trump did not have more support from younger generations (re: he didn't win your vote), Clinton did not have the same backing Obama did. This was a deep enough dip to affect the outcome of the presidential election.

Before you get angry and point fingers at Bernie Sanders supporters, those who stayed home, or people who picked third-party candidates, think about how we millennials have the chance to redeem the country in 2020 at the next election.

Spend the next four years using your voice to be heard on the political issues you care about. Your vote matters. "Millennials represent the largest share of the electorate today, and will turn out in greater numbers as they age," reads the same Forbes report.

Let's all vow to try to get 100 percent millennial voter representation in 2020, and our "generational party" can be even more influential than ever. 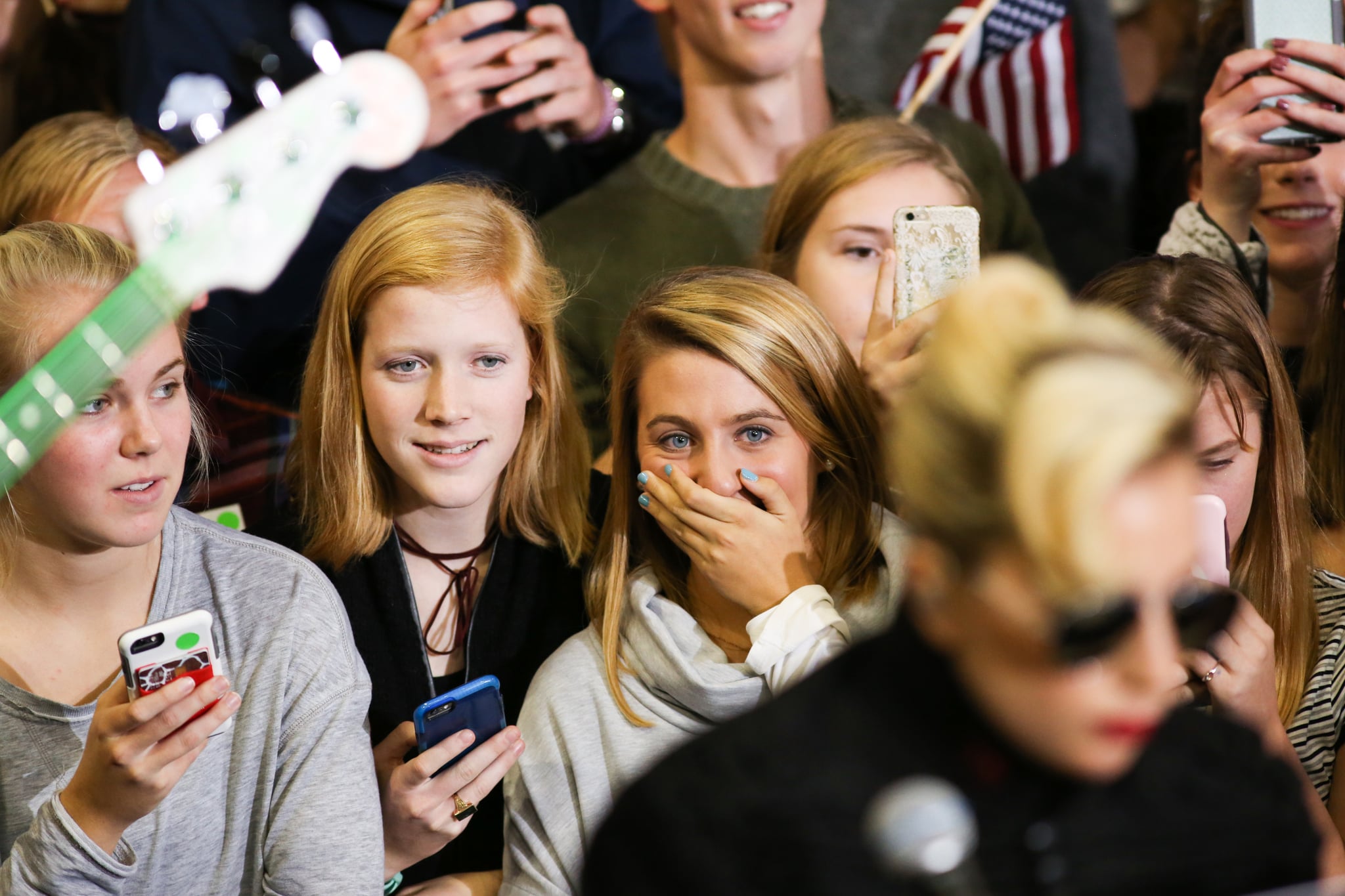