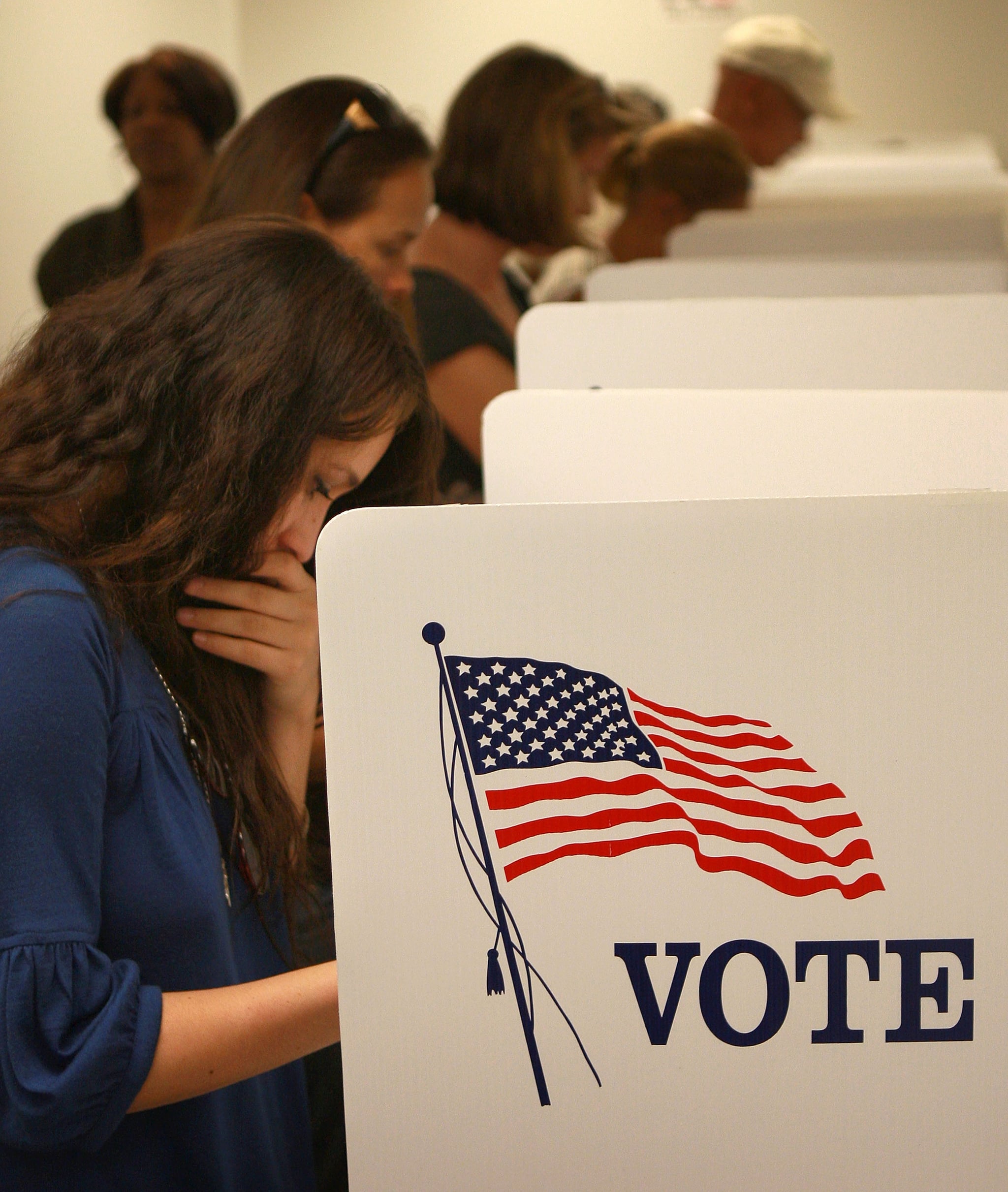 In the wake of Donald Trump's election, many people felt the need to make their voices heard. For some, protests such as the Women's March were their first outlet for expressing their concerns about the new president. But after that visceral first reaction, the question became: now what?

One of the most direct ways to make your voice heard and make an impact is to run for office, but many ordinary citizens are intimidated by the idea. We talked to some experts and put together a few guidelines to help people understand what it means to run for office and which resources are available to them.

Step 1: Find Out Which Public Office Positions Are Open Near You

Running for office doesn't have to mean running for mayor or Congress. There are many local positions citizens can run for, such as city councils and school boards. These positions are arguably less intimidating than federal public offices, but they remain essential to shaping policies and giving a voice to others who may share your concerns.

Related:
She May Not Be President, but Here's How Hillary Clinton's Legacy Is Already in Effect

The problem is, these elections are typically much less publicized, and just finding out about them can be a challenge. Fortunately, resources like Run For Office are working to make it easier by building a database that lists all the upcoming elections in your district, along with details about the application process and filing deadlines. However, the database is still a work in progress, relying on volunteers and crowdsourcing to complete the information.

"It's such a monumental effort," said Gina Davis, vice president of professional services at the software company NationBuilder and one of the people heading Run For Office. "No one knows how many elected positions there are in the country, but it's estimated at over 500,000. Getting the data for those positions in the various different parts of the country is quite the effort."

"The number of elected offices is pretty incredible," Davis added. "There are places in Massachusetts where you can run for dog catcher. People don't know about them, people aren't running for them, and so many of them end up uncontested or, even worse, appointed if no one runs." Sites like Run For Office are a great place to start to get a comprehensive view of which public offices are available to you.

Step 2: Figure Out What Really Matters to You

Once you've researched your options, it's time to reflect on what issues matter the most to you and how you could contribute and change policy for the better. 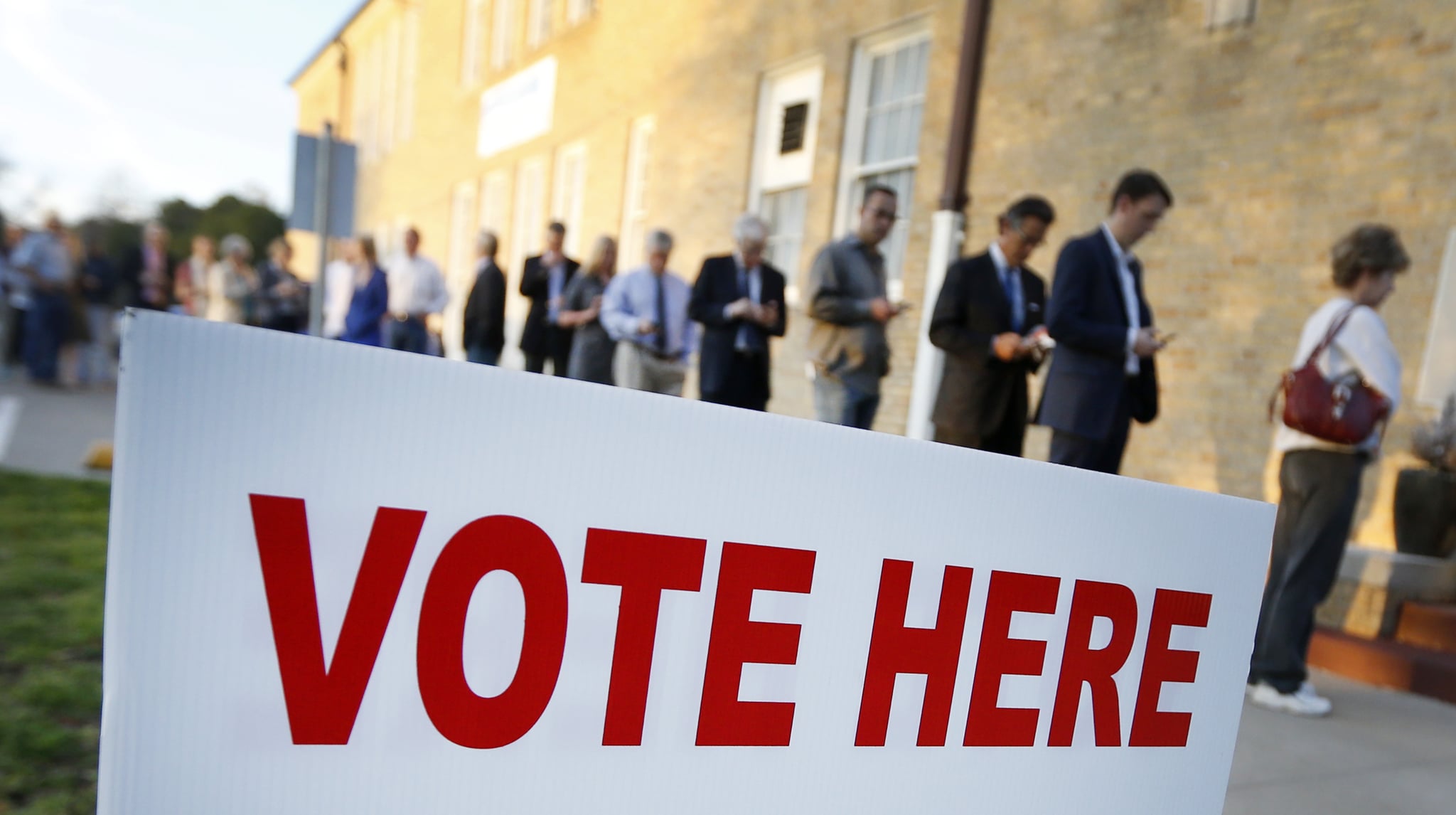 Thinking about your priorities, or why you want to run for office, can not only help you decide which public office to set your sights on, but it can also help you begin to articulate what you can contribute in a way that other people (potential voters) can relate to.

Davis suggested people ask themselves, "What is the thing that you'd like to accomplish? How is it that you want to lead and make a difference? How do you want to lead your district? Put your thoughts and ideas into words, in a way that allows you to connect with other people who may be feeling the same."

Whatever you choose, make sure it's something you really care about, as that will be a deciding factor in whether you are able to run successfully.

"We believe all women are qualified to run for office if they are passionate about their community, and if there are issues with which they want to engage in order to fight back," said De Luca. "Women run for two reasons: when they want to fix something or when they're mad as hell. That's what it takes: passion, drive, and determination."

Once you've thought through your options and made some preliminary decisions, it's time to reach out directly to organizations whose goal is to help ordinary, inexperienced citizens run for office. There are many resources available to you, and these groups are here to give you support and information, no matter how green you are.

For example, Run For Office offers free online training that covers the basics of the process.

"We provide free online courses that actually break down some of the specifics about running for office," said Davis. "Like, 'You need 50 percent of the vote, plus one. Historically, 200-300 people in this district have voted, so that's 150 people you need to reach.' Just understanding that makes it a whole lot less daunting. It's a lot less intimidating."

Related:
Here's How Men Can Support Women Under the Trump Administration

Run For Office also provides its candidates with lists of registered voters for their districts, so that candidates know exactly who to contact, and how.

Emily's List has had significant success in its 32 years of existence. Indeed, it has helped 23 women get elected to the Senate — including Massachusetts Senator Elizabeth Warren — and 116 to the House, plus 800 at the state and local levels and 12 governors. Over 40 percent of these elected officials belonged to a minority group. The group's accumulated experience, resources, and network can significantly help a political novice.

There are many other organizations that want to bring new people into politics, especially those who are currently underrepresented. She Should Run is another group that aims to get more women into politics. Run For Something aims to recruit young progressives to run for office, in order to renew the Democratic party from the roots up.

Step 4: Put In the Time to Network and Reach Out

While all these organizations have a network of resources already in place, running for office eventually means creating your own network and connecting with people by highlighting your own qualities and background. This means attending events and talking to people.

"We encourage any woman who is looking to run for office to go to local Democratic party meetings, city council meetings, and volunteer opportunities," said De Luca. "Show up and participate in causes that you care about. Not only will you be giving back to your community, but you'll also be expanding your network and meeting people in your community that care about the issues you care about."

"If you run for office, you're going to have to share your story with people who are presumably going to vote for you," she added. "People don't only want to know why you're running for office but also what your story is. If you're a single mom who really struggled with being able to provide for her family and also juggle jobs at the same time, that's a really powerful experience that a lot of women in your community, and men as well, can identify with."

It's likely that many people are discouraged from running for office by the idea that it's a time-consuming endeavor. Organizations are working to dispel the notion that running for office is any different from other forms of civic or community engagement.

"If it matters to you, and it's a thing that you value, you're going to find the time," said Davis. "Being involved in the politics in your environment, your neighborhood, your community is no more involved than making that same choice to be really involved in your PTA, or the neighborhood watch, or whatever other type of additional work you might take on."

This strategy of demystifying running for office, coupled with the strong opposition against President Trump, seems to be working: since the election, over 10,000 women have contacted Emily's List, expressing interest in either volunteering or running for office. To put that into perspective, in the 22 months preceding the election, there were less than 1,000.