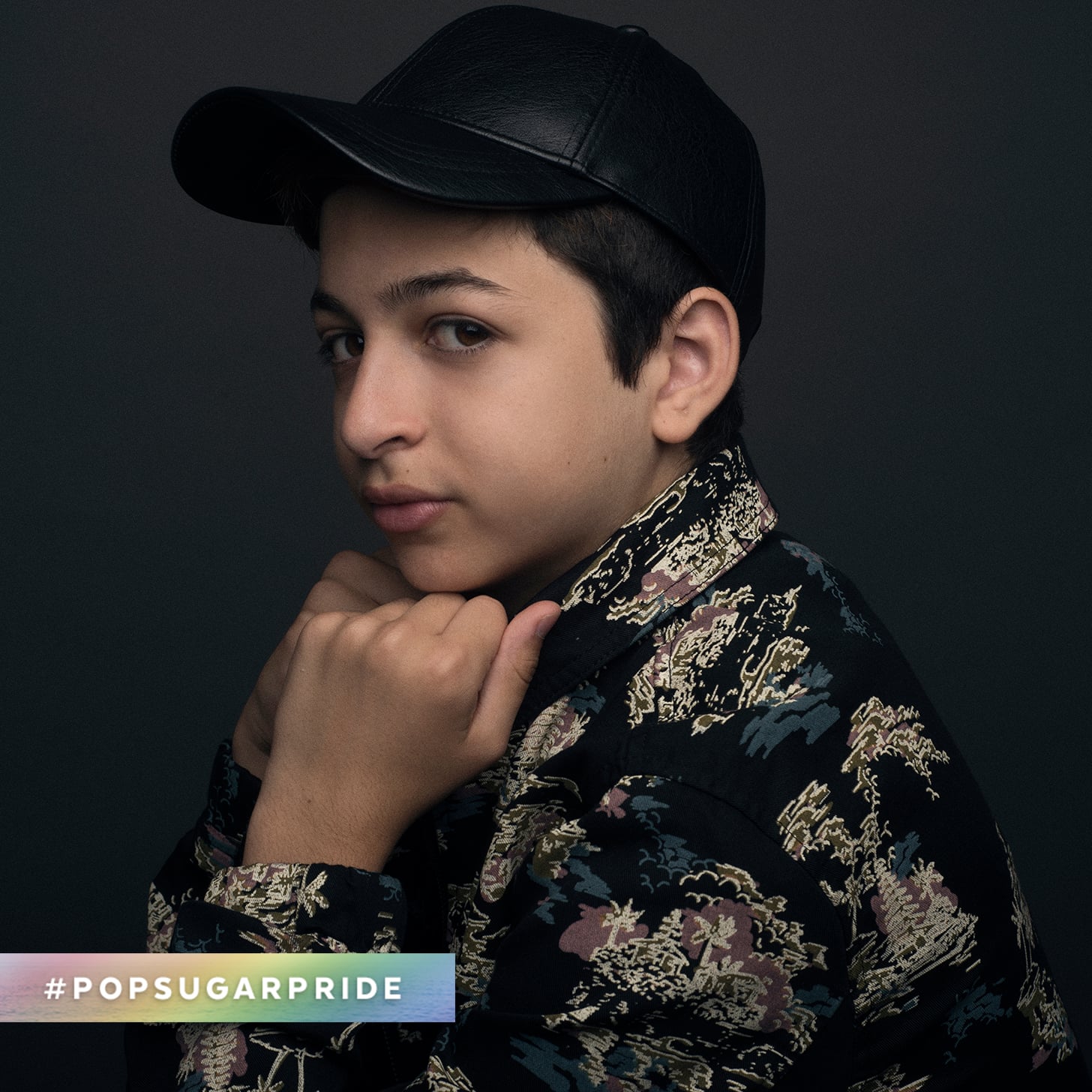 Standardized tests, passports, permits, gym memberships, Disneyland passes are all divided by one thing: gender. It's not a question. There is no multiple choice. The answer is in your brain. You were given it . . . or so they tell you.

My whole life, I've struggled with being myself. Ever since I was young, I was taught that you were born with a gender and you must live by it. You talk the way that gender talks. You do the things that gender does. If you were a boy, you'd play sports. If you were a girl, you'd dress up and play with Barbies. There was a line in the sand with no middle, no gray area, no room for something different.

I was different. I didn't want to do things the boys were doing all the time. Sometimes I didn't want to do any of it. I've always played with girl toys and "girlie" things, and I've always felt guilty. I felt like I was doing something wrong by crossing that line. So I'd hide it. All of it. I'd keep my thoughts to myself. For the first five years of my life, I hid who I was.

I chose to wear a pink sequin top and ballet jelly flats. I felt killer, and I didn't care what anyone thought.

When I turned 5, I was done trying to be something I wasn't. I was tired. I realized that not being myself is a punishment for something I didn't do wrong. Not being who I truly am was not a complete solution, but rather a temporary solution to a permanent problem. At the Mother's Day Tea in our kindergarten class, I chose to wear a pink sequin top and ballet jelly flats. I felt killer, and I didn't care what anyone thought. That was my first bravest moment. All the kids stared at me, talked about me, and wanted nothing to do with me.

Those were the repercussions: I had no friends. I was isolated. Recess was my nightmare, and I'm pretty sure I spent every break in the principal's office pretending I was sick so I didn't have to sit alone. I was called gay and a multitude of other names by uneducated 6-year-olds who had no idea what they were saying or how it was affecting me. It was right about this time that the "It Gets Better" campaign was released. It was all about telling young LGBTQ youth that when you're older, things get better. Sure enough, things did.

When you're 5 and a 25-year-old is telling you the world is going to soon be amazing with butterflies and happiness, you have some hesitations. Every day was another journey. I couldn't think about the next week, let alone the next year.

People get so caught up in how the world is progressing — and don't get me wrong, it totally is — but we have so much more to go. We say there's inclusivity and equality, but to a certain extent, there isn't. Every classroom, every bathroom, every sports team is somehow, in one way or another, divided by gender. I could go on and on, but I'm not just going to tell you about what's wrong with the world because I'm sure you already know. However, I will tell you how it got better for me.

Whether you're lesbian, gay, bisexual, transgender, metrosexual, pansexual, straight, or kinda straight, wear that pink sequin top and ballet jelly flats, and OWN it.

I was so worried about what other people thought of me and how they were going to treat me. But I realized the way others view me was not remotely comparable to my view of myself. In order for me to live the life I knew I wanted, it was up to me to be the change. So I urge all of you to do the same. Whether you're lesbian, gay, bisexual, transgender, metrosexual, pansexual, straight, or kinda straight, wear that pink sequin top and ballet jelly flats, and OWN it.

I struggled so much with labeling myself because I couldn't find any title or word to describe who I am aside from my own name. Because in theory, you don't have to be L, G, B, or T. You can be the whole frickin' alphabet. Because as long as you are yourself, being who you are, doing who you are, nothing else in the world matters. Now don't take away from this that because of my journey so far I'm OK, because I'm still struggling. But it's because of all of my realizations that I've found it's OK to not be OK every second. I'm proud to struggle and feel confused and to question myself. Because I know, at the end of the day, I will flourish with clarity and serenity into my true self. And so will you.