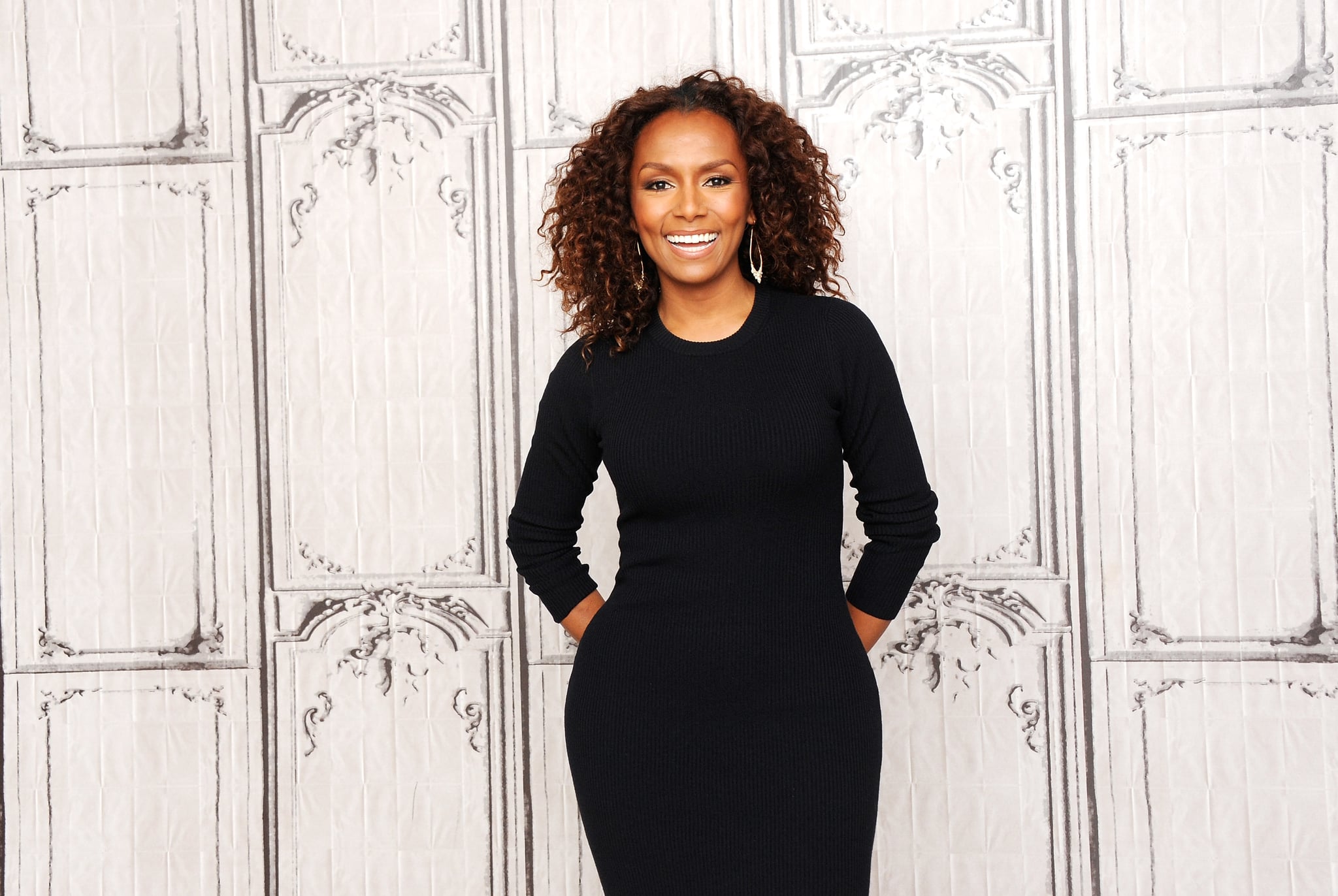 Bestselling author, TV personality, and transgender activist Janet Mock is making her acting debut with a cameo on the July 17 episode of VH1's satirical comedy Daytime Divas. "I'm used to being myself on television, but not playing myself," Janet Mock tells POPSUGAR with a laugh. "And so for me, there was something really exciting about that."

Mock pops up as a guest cohost on the fictional all-women's talk show The Lunch Hour (think The View meets The Real). There, she ends up forming an unlikely bond with the resident Elisabeth Hasselbeck, Heather. Mock, the former host of her own MNSBC show So POPular!, says it was a role she was born to play.

"I get into some interesting on-air and off-camera dynamics with the conservative voice of The Lunch Hour, and so it creates some really intense emotional moments," Mock says. "[Heather is] a religious person; she's a conservative person . . . At the same time, she also has this progressive sense of having a gender nonconforming child at home, and so I think that when I come in, I kind of bring up some stuff for her that she's interested in knowing about."

As one of the most well-known transgender public figures in American pop culture, Mock says she's "encouraged" by television's recent boom of transgender storylines and characters. Both an advocate for inclusive media and a storyteller herself, she feels that being part of a well-received show like Daytime Divas can only further the normalizing of transgender people in real life.

"What's so important right now in this particular time period is a lot of people don't have trans people or don't know that a lot of people may be trans in their lives," Mock says. "So a lot of people's first interaction — at least for the uninitiated; for folk who are not LGBT — their first interaction with queer and trans folk is through television and through the media they consume. When there is capacity for a very popular show to tell a story and to insert and incorporate trans lives and experiences in ways that are respectful but also entertaining and educational and inspiring, I think it has the potential not only for people to see trans folk, but to also show the experiences of trans folk."

What Mock enjoyed about her time on Daytime Divas was also that the show runners were careful not to tokenize her; that they recognized her for her work and not just for her identity. She credits episode writer Thembi Banks for the nuanced dialogue and portrayal.

"Thembi I had interviewed for Marie Claire for my cover story that I wrote on Nicki Minaj. She's Nicki Minaj's best friend," Mock says. "I was like, 'I would die to have a cameo on [Daytime Divas]!' And then a couple months later, this pops up on my desk as an ask. I just love — and was blown away by — the script."

Did Mock take any issue with the fact that her character on the show is introduced, first and foremost, as "the first trans cohost" by Vanessa Williams's character?

"I think I have to embrace it," Mock says. "There is a complex kind of thing between me being Janet, and me being Janet: boldface trans advocate or representative or spokesperson for the community that's often so marginalized and ignored and invisibile-ized. So it's important in that sense that I state that when I walk into spaces. I say all of who I am."

Mock does admit it can be "irritating" when her gender identity "becomes the focal point of everything," but insists that explicitly stating that she is transgender remains important in a society that so often marginalizes women like her.

Mock's recent appearance on The Wendy Williams Show illustrated just how far daytime television can reach. Mock says that it's the closest experience she's had to visiting a women's panel show (which is surprising and points out just how much more work there is to do for transgender advocacy in the daytime space), but that she found it to be hugely successful in several ways.

"When I walk on the street, and people see me, they mention it: 'I was introduced to you on Wendy Williams,'" Mock says. "And that was just a couple weeks ago. I had a great experience sitting on Wendy Williams's couch and having a great conversation about my love of Beyoncé and Janet Jackson, but also my work for trans folk and my work as a storyteller and an author."

Mock says daytime television offers an "intimacy" that prime time can't, and the daily regular connection hosts like Wendy Williams or Ellen DeGeneres have with viewers is unparalleled.

"You're someone viewers are choosing to watch every single day, to talk with and share with and have in their home," Mock says, "and so when they choose to have you own their couch, there's a great power in that. One of the reasons why Ellen DeGeneres is so loved, and also why gay people have become so 'mainstream,' is you have someone in your home every single day whom you see, who is living her life — but who isn't always just talking about her identity. She's there entertaining people, having conversations with people."

And while The View or The Talk have yet to call and ask Mock to fill in or guest on their show, she's not waiting by the phone. Mock says she's more interested in creating her own opportunities like she did with So POPular! and continues to do with her work on a show she's developing based on her experiences growing up as a young transgender woman.

"It's vital that we create our own shows and create our own stories, not just always lend our stories over, or our bodies over, for other people to consume," Mock says. "And so for me, I think it'd be so cool to have a trans woman as part of the panel shows as part of daytime television. I think it's part of what helps the visibility of trans folk. [But] I would love for us not only to display ourselves, but to be ourselves in pop culture."

Tech News
"The Sims" Fans Are Clapping Back at Haters Criticizing New, Inclusive Characters
by Taylor Andrews 23 hours ago