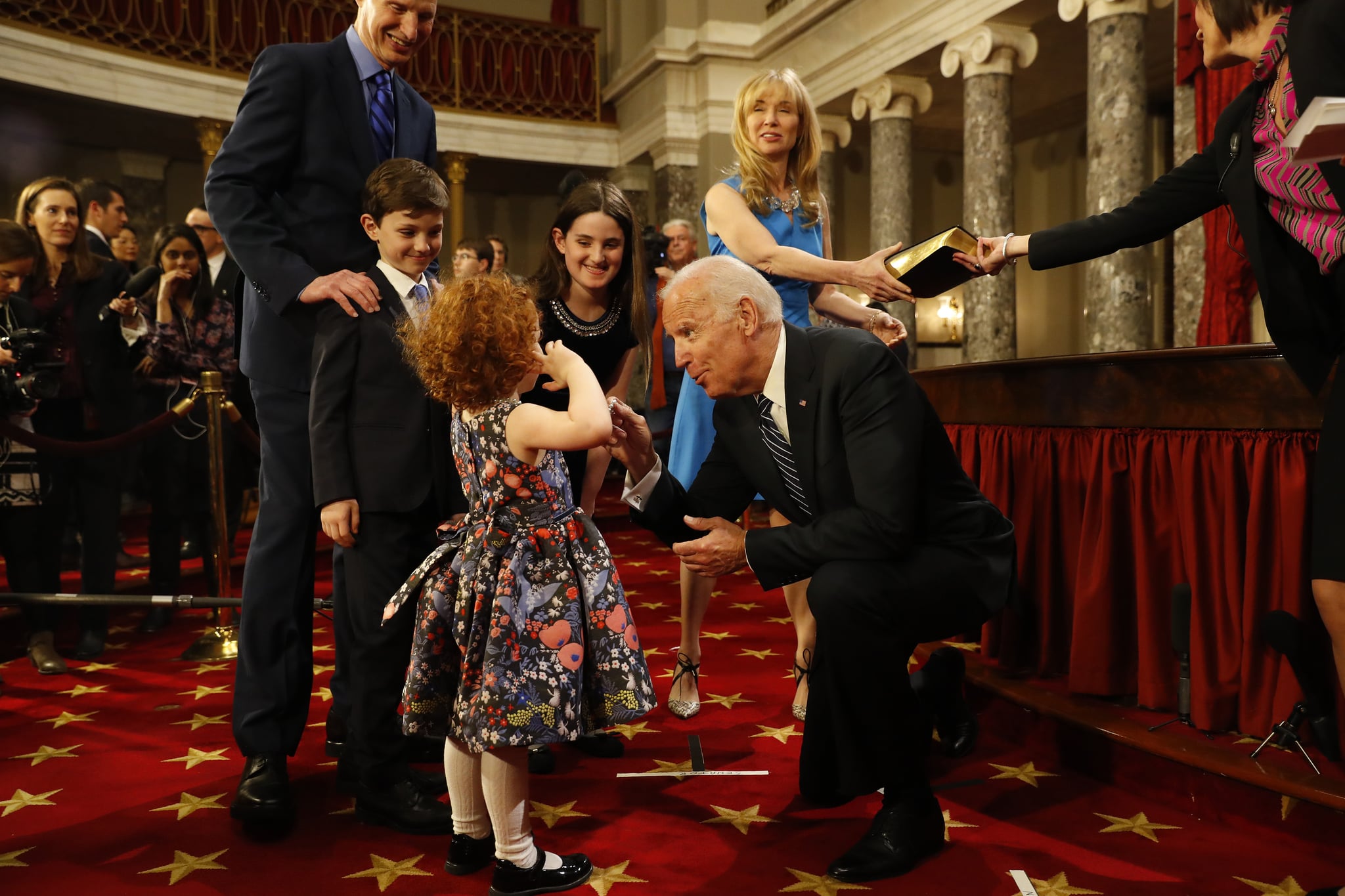 On Jan. 3, Vice President Joe Biden swore in new and reelected senators to the 115th Congress with his iconic humor and attitude. Never one to bore an audience, Biden had plenty of quirky moments during one of his last vice presidential duties. Check out the top four moments and then take a look at some of his best photos as VP.

1. Getting snubbed by a baby from North Carolina Senator Richard Burr's family.

2. Getting a giant hug from Iowa Senator Chuck Grassley's mom — and kissing her on the lips.

Everyone is @ChuckGrassley's mom today. We'll miss you Joe. pic.twitter.com/z7xS7kXVoE

3. Kicking Florida Senator Marco Rubio out for a photo with his kids.

📷 @VP Joe Biden kicks @marcorubio out of a photo op so he can take a picture with the Florida senator's kids pic.twitter.com/AiKVSw7FSU

Antiracism
George Floyd's Family Says Derek Chauvin's 22.5-Year Sentence Is Like a "Slap in the Face"
by Chanel Vargas 4 weeks ago